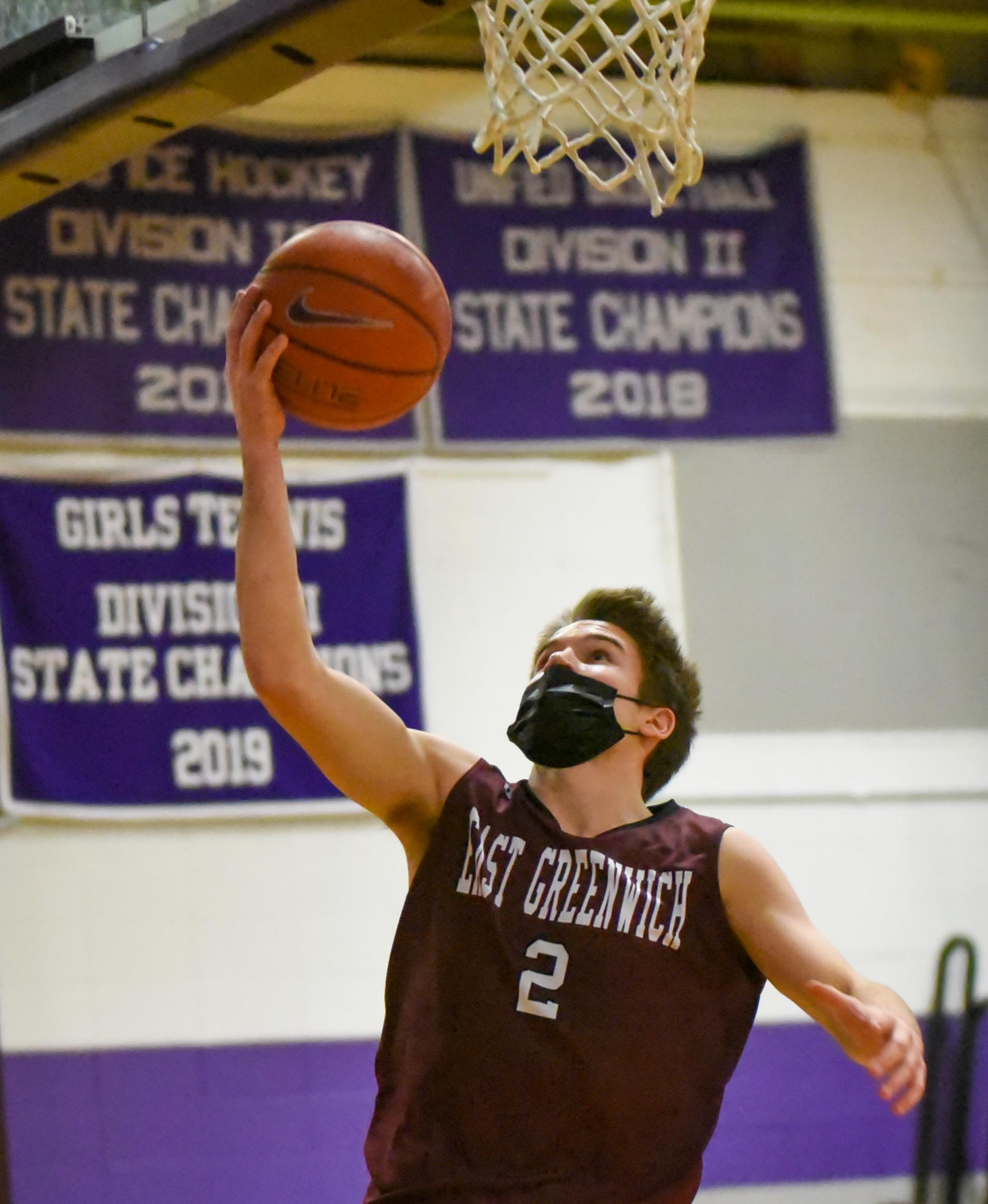 Above: Jack McMullen going for a layup Wednesday night against Mt. Hope.

EG beat Mount Hope Wednesday … oh, and senior Jack McMullen scored his 1,000 point, one of only a handful of Avengers to reach that goal. The memorable moment took a little longer than originally thought. After coming within 5 points in the game against Chariho last week, it looked like McMullen would easily get those, and just where you want them – Senior Night at home on Monday. Great! Nope. Mother Nature stuck her nose in and gave us a nor’easter. Game cancelled.

That left it to Wednesday night’s game against Mt. Hope in Bristol. It didn’t take long. Less than two minutes into the game, McMullen reached 1,000 career points on his second 3-pointer. The game stopped briefly so Coach Don Bowen could give him the game ball.
More hoopla will come on Sunday at the rescheduled Senior Night – Mother Nature permitting.

Oh, and if you see a lot of pictures of Jack here, it was his night … live with it.

McMullen shoots the 3-pointer that put him over 1,000 career points.

Coach Bowen gives McMullen the game ball after he scored his 1,000th point.

Coach Gee teases Jack McMullen – flanked by coaches Bowen (left) and Henseler – during a time out to celebrate the senior’s 1,000 point scored.

EG’s Chad Coppola goes up for the reverse layup.