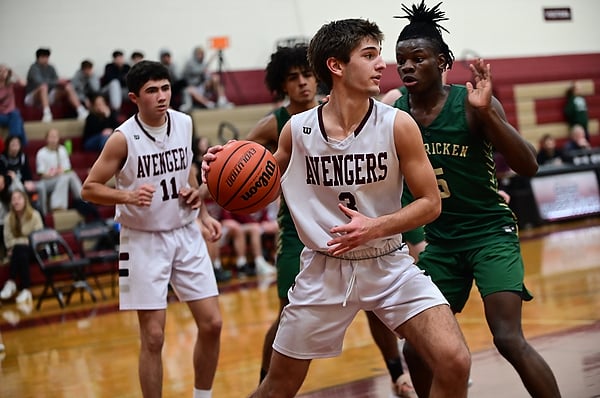 Above: Luke Pedro looking to pass from under the net. Photos by Chuck Nadeau

“The Place was Rockin” (Grateful Dead, 1970). That about sums up the boys’ basketball game last night. (1/11) The Avengers did end up losing to the Bishop Hendricken Hawks 65 to 54, but that was kind of expected.

It was the action between tip-off to final buzzer that got the crowd riled up. The Hawks came out with a full press and double team. This worked to put EG on its heels. Coach Dave Gee called a quick timeout to counter. The game settled into a fast paced, back-and-forth game. The problem was the Avenger shots were not falling through the strings.

With EG down by 12, Coach Gee called another time out halfway through the second period. The boys came out shooting. Then the 3-pointers started falling. There were four EG 3-pointers by four different players. This brought the crowd to its feet and the place was jumping. The first half ended with EG only down by one, 30 to 29.

The Avengers continued their hot shooting in the third quarter, hitting three 3-pointers and with 3:19 left, went ahead 37 to 35. Alas, Hendricken’s greater depth proved too much for EG. In the fourth quarter, the Hawks went ahead for good.

Rees Maccarone led the Avengers, with 13 points. Right behind was Luke Pedro with 9. There were a total of nine 3-pointers for East Greenwich by six different players in the game. 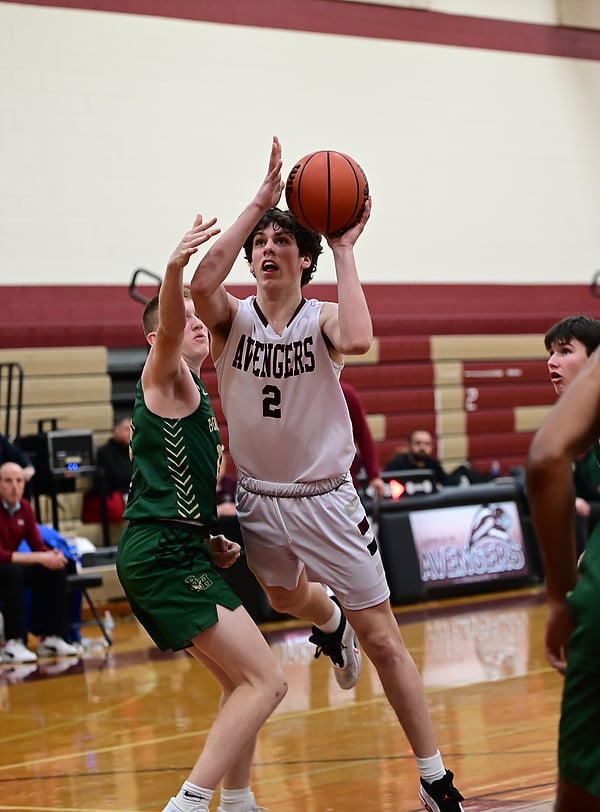 Rees Maccarone goes up for the layup. Credit: CN 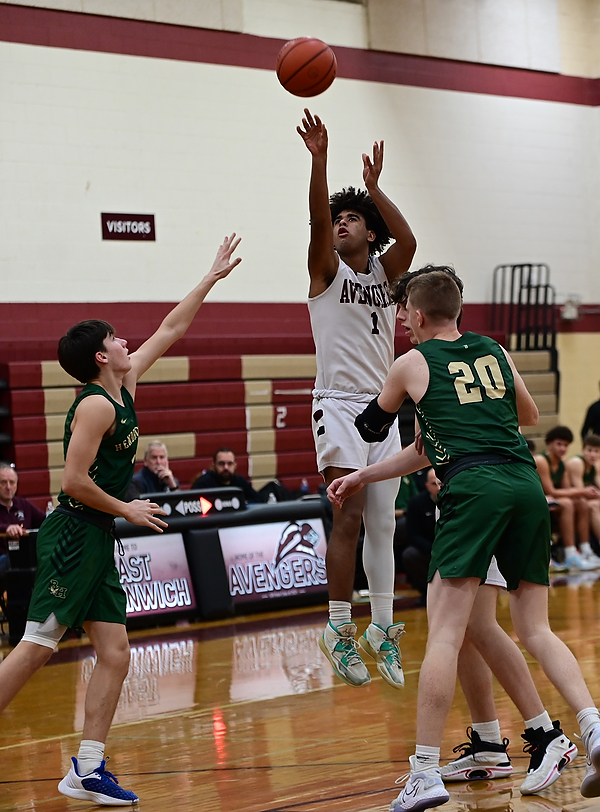 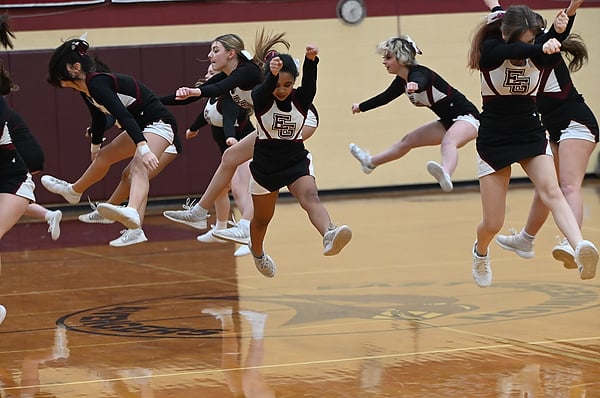 Even the Cheer team was jumping during halftime. Credit: CN 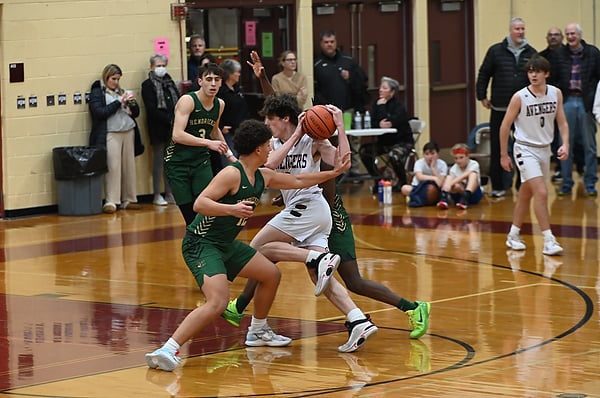 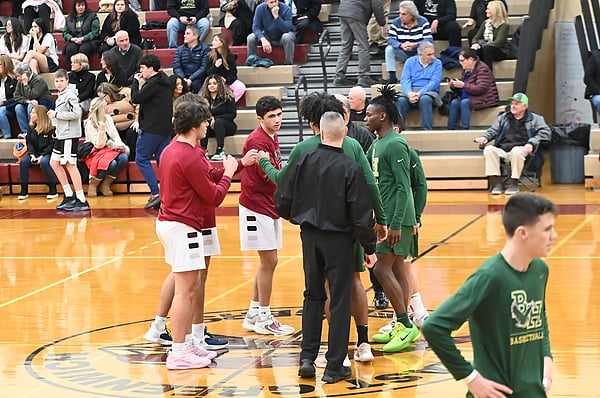