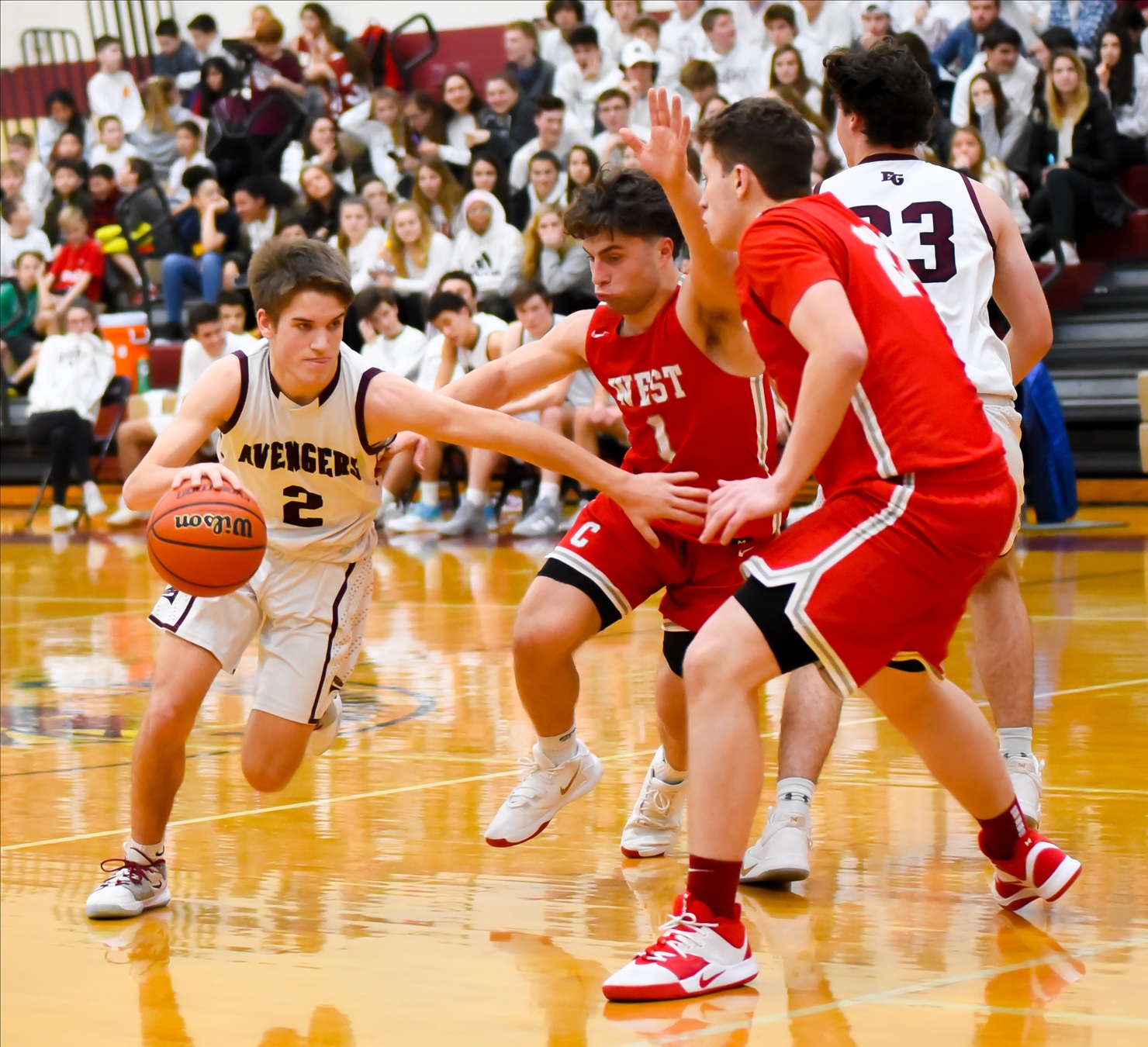 The EG Boys Basketball team lost to Cranston West Tuesday night, 42-38, in a game where the usually strong-shooting Avengers just couldn’t find their rhythm. Both teams played strong defense, with the score tied at just 21 points apiece with 12 minutes to go in the second half. EG opened up a bit of a lead after that, following back-to-back baskets from Jack McMullen, but the gain proved short-lived.

With just under three minutes left on the clock, Cranston West pulled ahead and stayed there. It was a three-point game with 11 seconds to play when Cranston West sank a foul shot to take that possibility away.

“I’m kind of speechless, to be honest with you,” said Coach Don Bowen after the game. “We’re a much better scoring team than that.”

But he added, “Let’s give Cranston West credit where it’s due. They played very hard. They got us out of our offensive rhythm; we did not make shots. We played great defensively, just didn’t make enough plays. Missed free throws, missed some easy baskets, especially early in the game.”

EG beat West in a holiday tournament in Cranston in December, but that wasn’t league play. Cranston West is 8 and 2 in league play; East Greenwich is 8 and 3.

The Avengers’ next game is Thursday at Westerly.

Grant Driscoll looks for an opening.

Want your son or daughter’s team highlighted? Help us out: send photos and a brief (can be very brief!) synopsis of a game or match. Become a sports reporter!