A Blast from the Past: A Taste of Bob Dylan 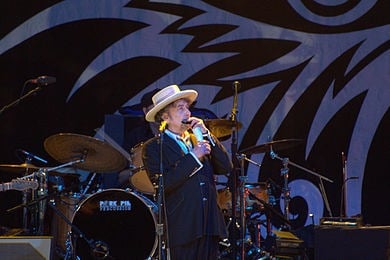 Above: Bob Dylan performing in London in 2011.

I’ll admit – I’m not very old. At 17, I don’t have a wisp of white hair on my head, nor can I say that I watched “I Love Lucy” when it was originally airing (but hey, thank god for reruns!).

That doesn’t matter, though. I still love Bob Dylan. The man is practically a legend in my eyes, even if he was crooning well before I was born. In the ‘60s and ‘70s, he inspired social change. He birthed advocacy movements, figuratively becoming their icon through his revolutionary songs. He’s even inspired me to pursue the changes I wanted to see in the world, like advocating for climate change and increased voter participation in our democracy.

In November, I was fortunate enough to see him live and in person. Alongside some of my friends, we journeyed to the Providence Performing Arts Center. With seats sponsored by Bob Houghtaling, the director of East Greenwich’s Drug Rehabilitation Program, I settled in for the show.

Having never been to a concert before, I wasn’t sure what to expect. But as the lights dimmed and silence set over the stadium, I felt nervous. Nervous, even though I wasn’t the one performing. Nervous, because I wasn’t sure how Bob Dylan would be. 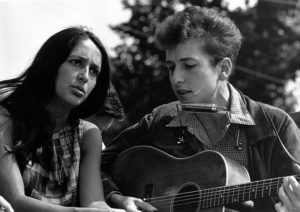 Joan Baez and Bob Dylan during the civil rights “March on Washington for Jobs and Freedom,” August 28, 1963. Credit: Rowland Scherman

See, I had been forewarned by Mr. Houghtaling that Dylan wasn’t the same. That his voice had changed with age, that he wouldn’t hit those soft, melodious notes the same as he did when he recorded “Mr. Tambourine Man.” I didn’t know if the same Bob Dylan magic would be in the air that night.

But as the band began a rendition of “Things Have Changed,” I could feel the anticipation building. I wasn’t sure if the magic was there, but there was a chance. The air was charged with Dylan.

And when he began singing, the center felt positively electric. I could see my friends leaning forward in their seats, enraptured by his casual words. Maybe his voice wasn’t the Dylan of 30 years ago, but it was the distinct Dylan sound, nevertheless.

Even one of my friends, a hardcore fan of rap music, felt enamored by Dylan’s music. “I am an avid rap listener and did not expect to enjoy seeing Bob Dylan to the degree in which I did,” said Kai Meiser, a junior at East Greenwich High School. “His music overall was very enjoyable to watch live.”

As Dylan launched into song after song, from “Girl from the North Country” to “Simple Twist of Fate,” I couldn’t help but think about his longevity. Dylan was singing in the ‘60s, and now that it’s almost 2020, he’s still in it. That’s almost 60 years right there, a career length practically unheard of. I couldn’t help but be impressed by his mastery of the craft. I might not even live that long, and he’s still performing.

Even when the music fades, Dylan’s legacy will live on. His voice will inspire future activists, exposing them to the raw, unbridled issues of our age and convince them to take action. After all, it did for me – and will continue inspiring me to take action, even beyond my high school years.

Song titles listed in this post have been corrected since it was first posted. We regret the errors.

If you haven’t signed up for the email newsletter, here’s a link. That way you won’t miss a story! 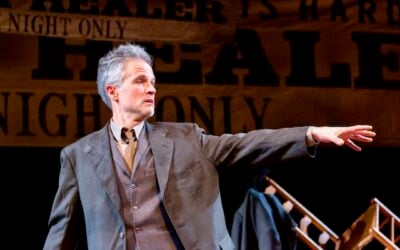 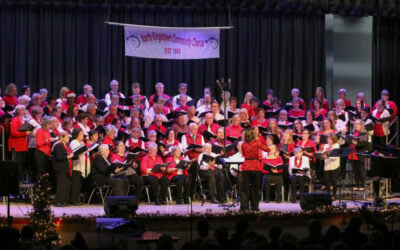 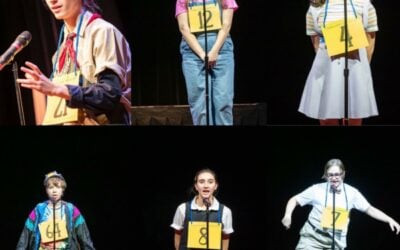