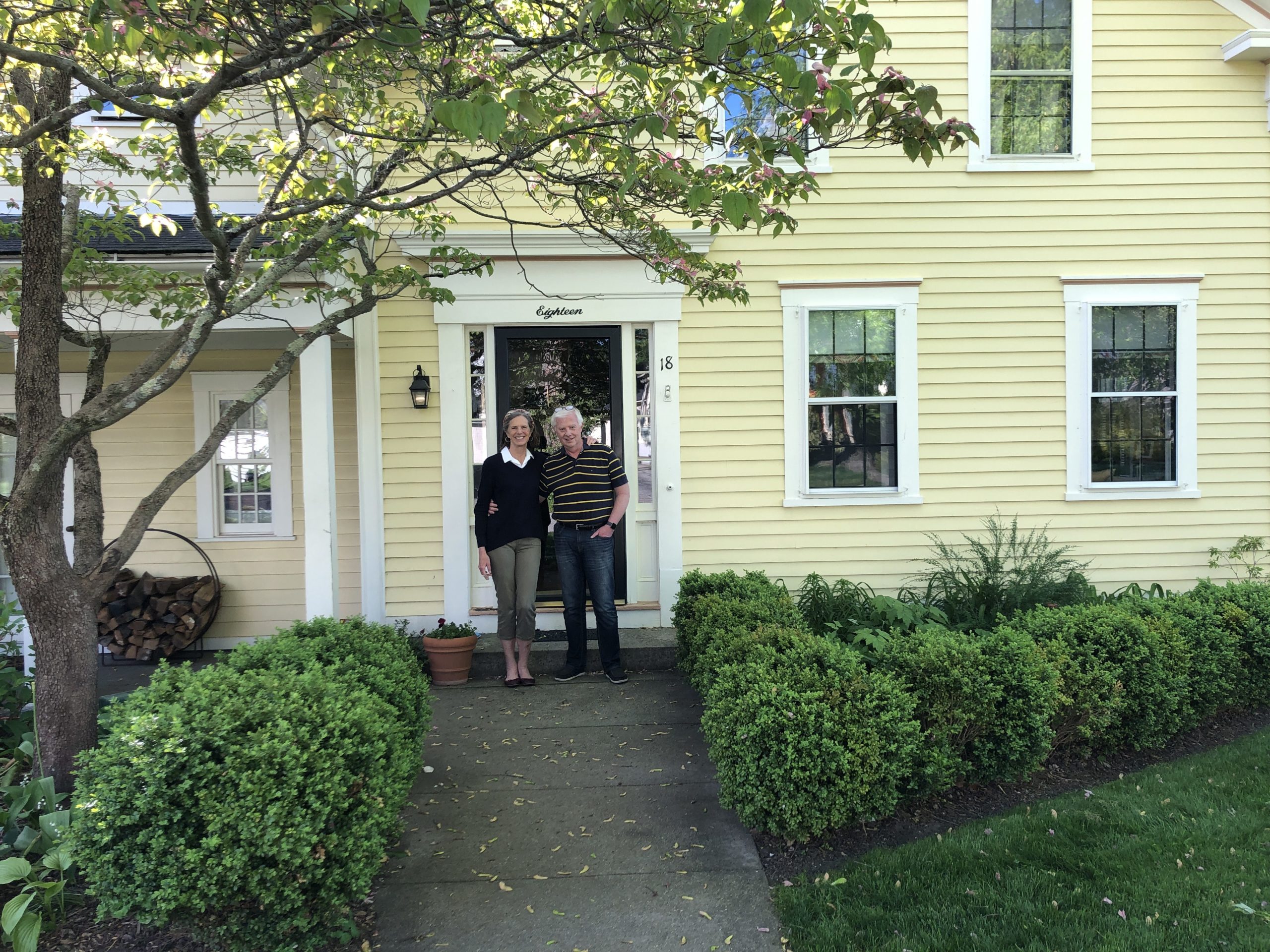 This weekend marks the 30th anniversary of Neal’s and my move to 18 Prospect Street from a fourth floor walkup on West 21st Street in New York City.

A lot has happened over those 30 years, including three children, a major add-on to our house, his-and-her job losses (separated by two decades, fortunately) and one heart attack, to name the high(low)lights. There were also three cats, two rabbits, three hamsters (all R.I.P.) and one dog (a little worse for wear at 13, but then again, you could say the same for us).

But a lot hasn’t changed either. As I sit in my kitchen and type these words, I gaze out the window at the giant, ungainly Norway maple by the curb that our predecessors thought might be felled by a hurricane even back then. It does provide some shade and the squirrels love it, so there’s that.

And, remarkably, our next door neighbors on both sides are the same. Perhaps more remarkable still, we like them both.

Come Monday, something else will take place that we first experienced 30 years ago.

Neal and I were fixing pancakes that Memorial Day Monday (Neal was to start his new job at a law firm in Providence the next day) when we heard the improbable sound of fife and drum. Not that we could have identified the fife. Only that the sound we heard seemed to come straight out of some Revolutionary War movie. We put down our coffee cups, turned off the stove, and went out to the street. Just two houses down was Spring Street, where a small crowd had gathered, including neighbors we’d met just a couple days earlier.

And there it was, the parade, the town’s annual Memorial Day Parade.

Neal and me in 1989, outside our just-bought house on Prospect Street.

It was smaller in 1989 than it is today, but there were the Kentish Guard including the fife and drum corps and the Varnum Continentals, in their Continental regalia, along with parade dignitaries different sorts and an old fire truck or two. I can’t recall much else, though I suspect the EGHS band was there, adorned in scratchy wool uniforms and plumed hats.

Neal and I were nearly overcome by the whole charming scene. THIS WAS AMERICA – at the end of our street. It was wholly unexpected.

Neal grew up in the Bronx. I grew up in Los Angeles. Suddenly, we found ourselves in some New England idyll. We had chosen to live in a neighborhood of 19th century homes both because it was near Main Street – with its Almacs and Greenwich Hardware (more R.I.P.s) – and because it was quaint as all get out to our eyes.

It still is, though we are aware our lovely town is a real place, no idyll, with real problems, real joys and real trash that gets collected every single week.

On Monday, it will march again. And children sitting curbside will wave flags. And a middle school student from Our Lady of Mercy will recite Lincoln’s Gettysburg Address from the steps of Town Hall. And veterans from our various wars, including a couple perhaps from World War II, will be on hand to remind us of just some of what this country has seen and sacrificed in its 245 years.

What seemed quaint and idyllic to me 30 years ago has gained more gravitas as the years have gone by. Today, as a local reporter, I follow the parade route, snapping pictures and shooting video. Even now, the sounds of the parade tuning up on Academy Field send a shiver of excitement through me. I am stirred over and again by the melancholic sound of the “lone” bagpiper who leads the parade now, by that fife-and-drum corps that first so captured us, by the echoing “Taps” played by two Avenger trumpters, by the Varnum Continentals’ less-than 21-gun salute.

I was a newcomer 30 years ago; today this is my town.