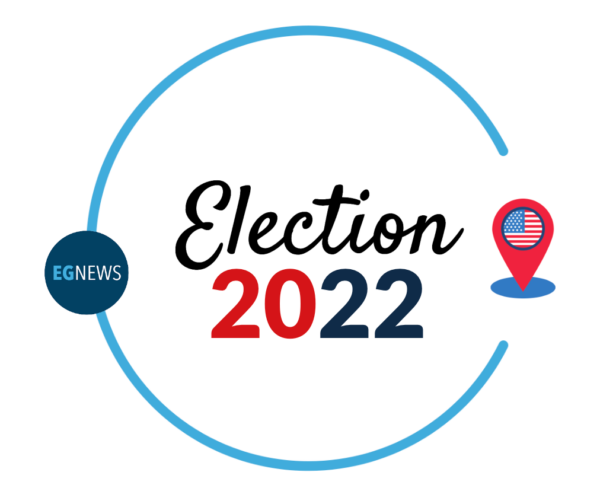 And, while local voters rejected cannabis sales, it was approved in all surrounding towns

When Democrats swept into power in East Greenwich in 2018, it seemed more a repudiation of particular incumbents as opposed to a big change for this longtime Republican stronghold. Now that there have been three election cycles where Republicans have been unable to win a single office in East Greenwich, however, it’s looking like the larger national trend of more affluent communities going Democrat could be at play.

It also didn’t hurt incumbents there were no big local issues riling up voters on the town level. At the schools, attendance at meetings this past year had also been way down from the high number of sessions during the pandemic, when issues such as in-person schooling and masks were mobilizing parents.

Prior to 2018, Republicans had held majorities on the Town Council for most of the town’s history, and there had never been an all-Democratic council. By 2020, the current Town Council members ran unopposed. This year, three Republicans ran for Town Council and they all lost. On the School Committee level, too, Democrats retained all seven seats, besting the three Republicans who also ran. With Chairwoman Anne Musella’s decision to not run again, the biggest question mark for the new committee: Who will become chair?

No decisions will be made until after the newly elected town and school officials are sworn in Thursday, Dec. 1.

Looking at how EG voted in the statewide races, Democrats were the heavy favorites. The only statewide race that was truly close in East Greenwich was that for lieutenant governor, where EG’s own Aaron Guckian, Republican, ran against incumbent Democrat Sabina Matos. Guckian lost to Matos by just 89 votes, less than a percentage point. Statewide, Guckian lost to Matos by 8 percentage points – only the Seth Magaziner–Alan Fung race for Congress was closer (50.4 percent to 46.7 percent).

GOP House Dist. 30 candidate Amanda Blau, who ran against incumbent Justine Caldwell, said she was going to spend the next several weeks focusing on family, friends and work but that she was “definitely considering another run for state representative but nothing official to announce yet.”

Doreen Costa, who ran against incumbent Bridget Valverde for Sen. Dist. 35, said she would not be running again. “I wish all the winners the best,” she said via email. “We all may not see eye to eye on issues but when it’s all said and done, we still respect each other and the process.”

Peter Carney said this via email: “I am very disappointed to not have won a seat on our School Committee and disappointed to also see both Justin Cahir and Theresa Daly come up short as well. The concerns shared with us by many families and taxpayers certainly aligned with the key topics we were focusing on in the campaign; academic excellence, learning loss investment and analysis, budget accountability, and being a proponent of maintaining EG’s neighborhood schools…. I will certainly continue to advocate for these topics as both a member of the EGHS School Improvement team and as a community member and I strongly urge those who have similar concerns about the next two years and beyond to engage with the superintendent and School Committee as much as possible because vocal and active community members can absolutely have an enormous effect on the future of our school district.”

Carney and the others can perhaps take comfort in the realization that it can sometimes take an election or two to get elected. Town Council’s Mark Schwager was the top vote getter this year for the third election in a row. But Schwager wasn’t always a winner, much less the top vote getter. As he noted in a recent interview, he lost his first two runs for Town Council (in 2002 and 2004).

The vote on the ballot question about retail marijuana sales in East Greenwich was close, but those opposed to a pot shop in town won by 137 votes (3,327 to 3,190). EG joins just five other communities in the state – Barrington, Jamestown, Little Compton, Scituate and Smithfield – to ban retail cannabis sales. Meanwhile, every municipality that borders East Greenwich could potentially have retail marijuana stores, including Warwick (which already has a medical marijuana dispensary), West Warwick, Coventry, West Greenwich and North Kingstown. Because East Greenwich voted against having retail sales here, it is cut off from any tax receipts from those sales.

Mirroring the town as a whole, it was a split decision for the Town Council, with councilors Mark Schwager and Caryn Corenthal voting to approve retail sales and councilors Mike Donegan, Renu Englehart and Mike Zarrella voting against.

Schwager and Corenthal both said they had been confident the town could adopt appropriate zoning restrictions to guide where a shop could go.

“I am surprised and disappointed it was voted down,” said Corenthal last week. “I felt EG could control the zoning and we could use the tax dollars.”

Zarrella and Donegan both noted they were taking a cue from the town’s drug and alcohol counselor Bob Houghtaling, who said he did not favor recreational sales.

“I have no issue with recreational use,” said Englehart. “However, there’s no good location for it in EG.” She also hopes the state will reconsider the financial arrangement, so that all communities in the state could benefit.

The state is still a ways from opening new retail stores, although medical marijuana dispensaries (like the one in Warwick) can start retail sales Dec. 1. , since officials haven’t yet named a cannabis commission.