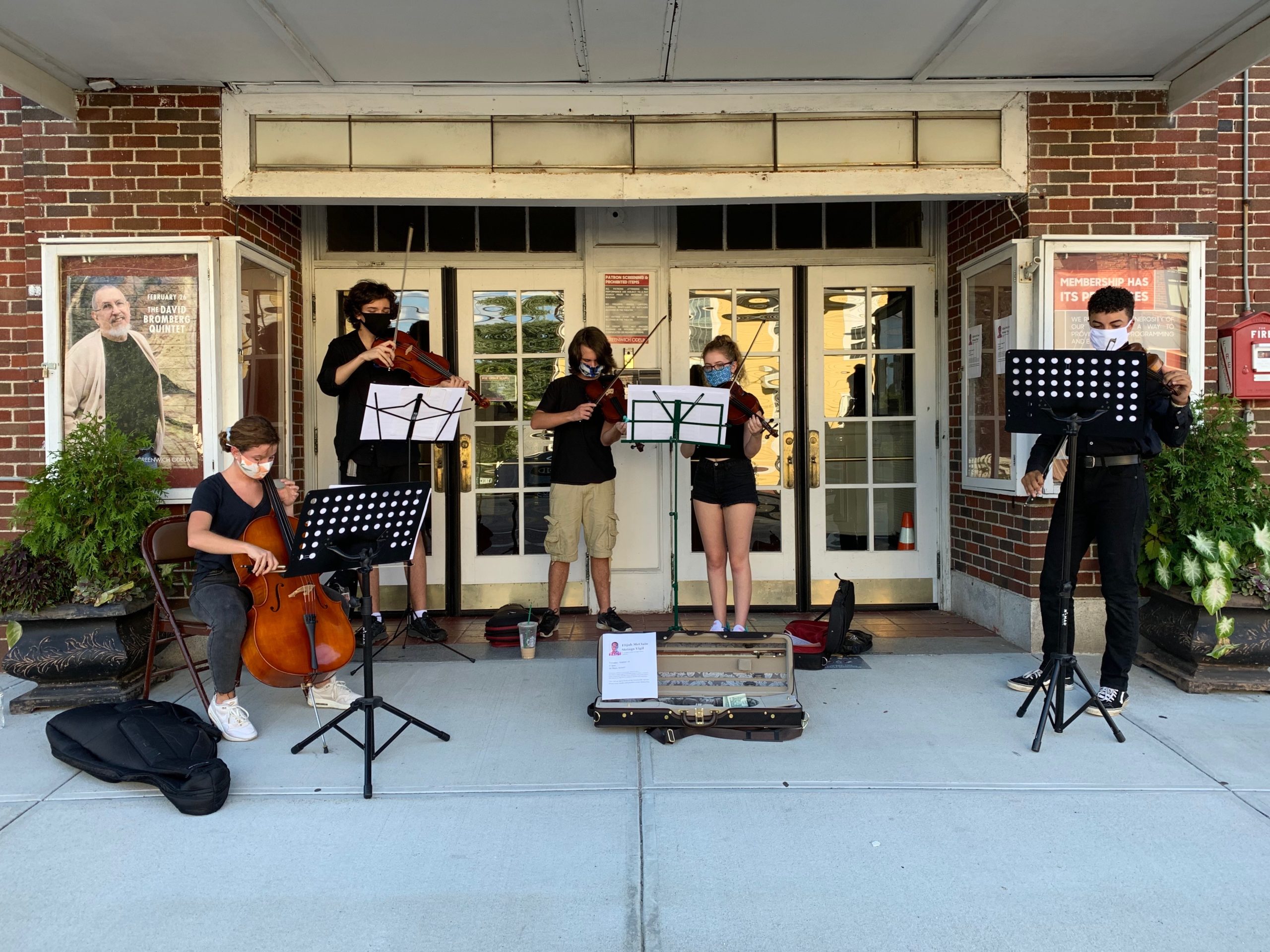 Elijah McClain, 23, died after an encounter with police in Colorado last year. A Black man, he was a massage therapist who played the violin

This past Tuesday, five members of the EGHS orchestra held a small vigil in front of the Greenwich Odeum to commemorate Elijah McClain, a 23-year-old Black man who died just over a year ago after police restrained him with a chokehold.

McClain was a massage therapist who was known for his love of animals and who played violin. He was known for playing his violin at animal shelters to soothe cats and dogs’ anxiety. His violin-playing was the inspiration behind several violin vigils that have taken place across the country.

So it was that these five string players from the high school – cellist Lily Mollicone, violist Miguel Figueroa, and violinists Ben Mason, Baya Ginsburg, and Geoffrey Aptt – gathered to honor McClain’s memory.

Because of lingering questions about police actions that led to McClain’s death, an independent investigation into his death was approved last month.

“We went through the repertoires that we’ve played in past years and tried to find the most thematically-accurate and beautiful pieces we could find,” said Figueroa. “‘Dives and Lazarus,’ particularly, sounded like a very bittersweet song…. We are celebrating the life of a really sweet person, but also it’s terrible that it had to end the way that it did.”

The group chose to play Vivaldi’s “Concerto for Strings in G Major” because they thought the upbeat, baroque style illustrated McClain’s bright personality. “[McClain] was a sweet, upbeat individual,” said Figueroa. “This piece reflects the best of his upbeat nature.”

Figueroa noted that the second piece, “O Magnum Mysterium,” was “more on the tragedy side of things,” adding “The piece felt like it was breathing and that’s sort of a reference to the ‘I can’t breathe’ chants [at recent protests].”

“Amazing Grace” was chosen as the final piece due to its connection to the Civil Rights movement. The popular hymn has served as an icon for the movement and related marches.

The orchestra members kept an open violin case in front of them for anyone wanting to donate. All donations went to Community MusicWorks, a Providence-based organization working to provide music education and performance to kids living in the southern and western neighborhoods of Providence.

“Community MusicWorks is a super cool organization,” said Figueroa. “They help Black and Latino youth in the inner cities learn about music because their schools are underfunded; hence, their music programs are underfunded.”

If you’d like to donate to Community MusicWorks, you can do so HERE. And you can listen to the performance in the video below.