Student-Run ‘Meet the Candidates’ Offers Final Round of Questions, Answers 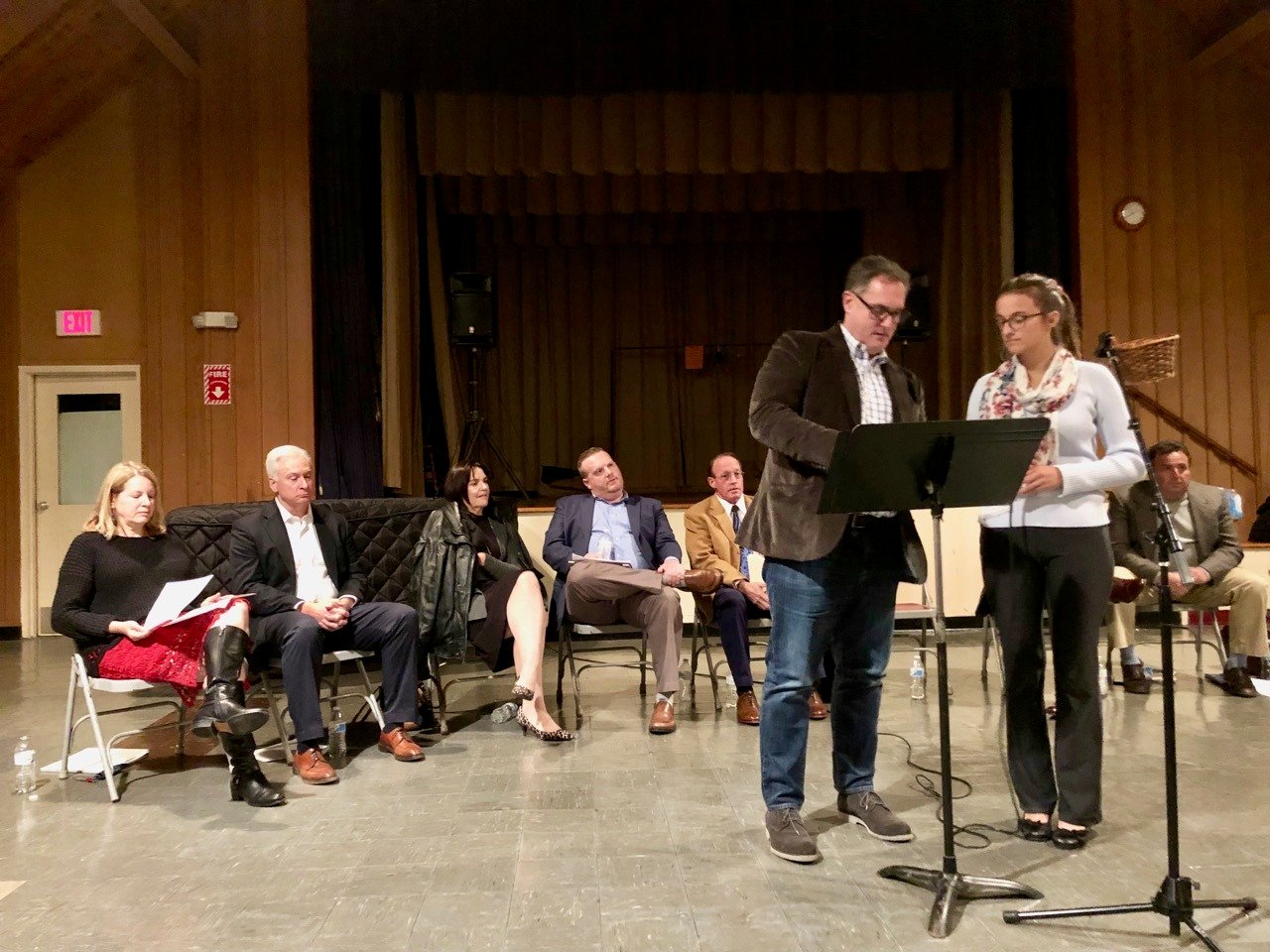 Members of the EGHS Civic Action Club hosted a Meet the Candidates Night Wednesday, featuring all 10 Town Council hopefuls for the third time in less than two weeks. While much of what the candidates said was familiar, the students encouraged the candidates to see their role through the eyes of their youngest potential constituents.

You can watch the Town Council portion here (thanks, Joe Morel!). Each candidate got his or her own questions, picked at random. 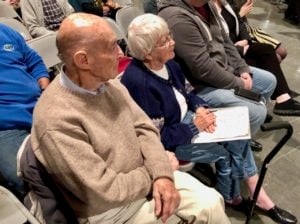 The event was just what long-time East Greenwich residents Howard and Carolin Goldman were looking for. This was the first candidates event they’d been able to get to this year and they were very happy to be able to put the candidates’ faces to names. They sat in the front row with a sample ballot in Carolin’s lap. As the candidates answered questions, they would jot down what they thought of the answers.

Each candidate had several opportunities to respond, but here are a few:

Is East Greenwich in a bubble? Yes, said Caryn Corenthal, noting the economic disparity among Rhode Island cities and towns, but also noting that the current town unrest kept EG in a kind of bubble. 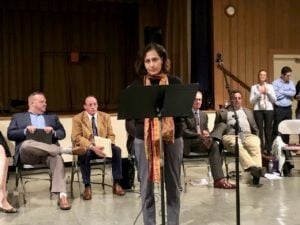 Sue Cienki, current Town Council president, was asked what lesson she’s carried with her. She said one from her father: “Never become a wash rag. Make a decision.”

Andy Deutsch, who is running for re-election was asked about a weakness he possesses. His response? “I care about this town too much.”

Mark Schwager, also running for re-election, was asked what he’d cross party lines to vote for. “Voting by party is not the approach I’d take,” he said.

When asked three qualities a good leader should have, Mike Zarrella said, being open minded, the ability to make a decision, and getting along with others.

On community service, Renu Englehart said she learned a lot from her 12 years on the Zoning Board, including that fences make good neighbors. 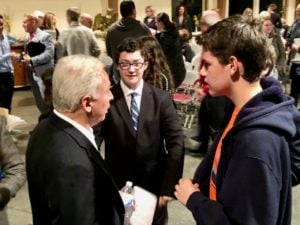 Sean O’Leary said his first objective would be to “engage in civil discourse.”

When asked what he’d change if elected, Charles Callanan said the current Town Council had “just barely scratched the surface” of dealing with the town’s problems and though there would be more difficulty ahead, he would continue that work.

Bill Higgins said one thing great about the town were the services.

When asked if the current political acrimony in town was good for the town’s youth, Mike Donegan said no, pointing to this event and programs like the high school’s Model UN team (for which Donegan serves as an advisor) as examples of how the youth is setting the example.