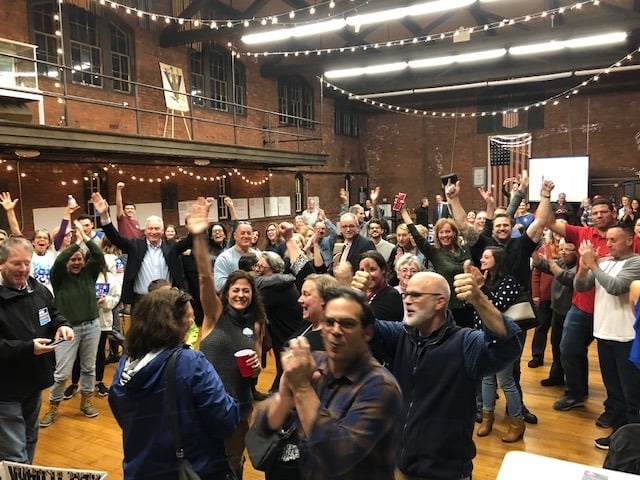 Dan and Camille Speca congratulate Renu Englehart, left, one of the five Democrats to win seats the Town Council. Photo by Joe Morel

Mark Schwager and Mike Donegan fist bump after learning they had both won Town Council seats. Photo by Joe Morel

The EG Democratic headquarters at the Varnum Armory before the polls closed Tuesday evening. Photo by Joe Morel 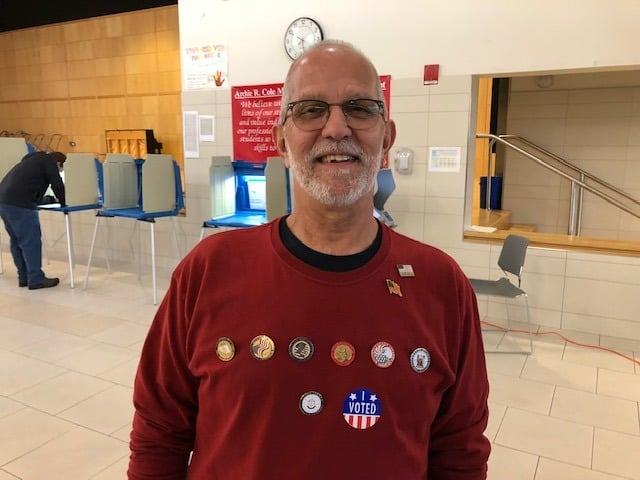 Wayne Lindo at Cole showing off all the Election Day pins he’s earned for working the polls since 2006, the year he became a U.S. citizen and could vote. 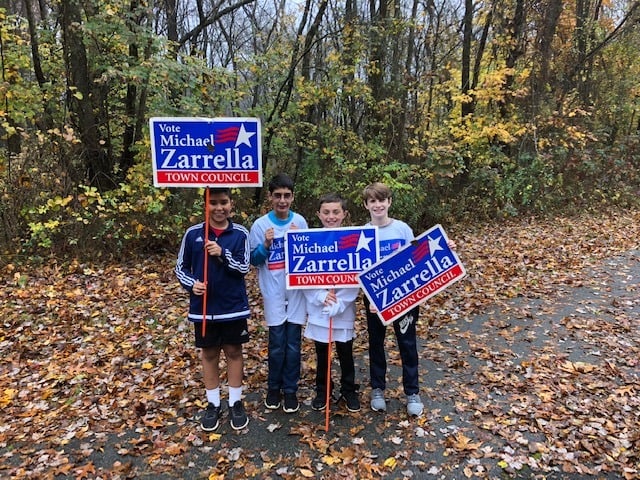 Candidate Bill Higgins, left, on his way into vote at Swift Tuesday stops to chat.  Photo by Joe Morel 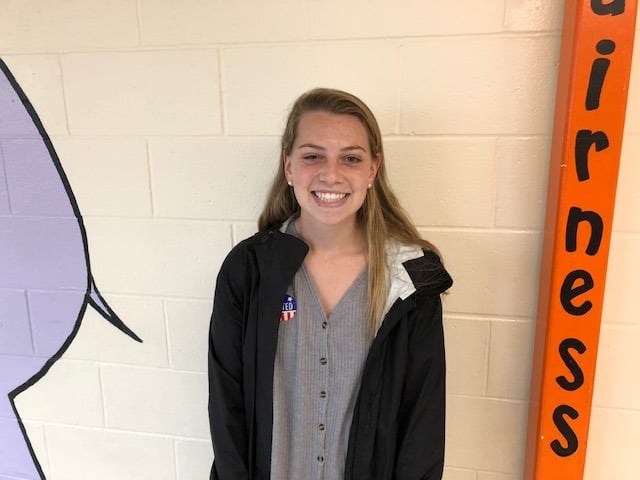 Chloe Moss, a senior at EGHS, at Frenchtown, just after casting her first ballot ever. 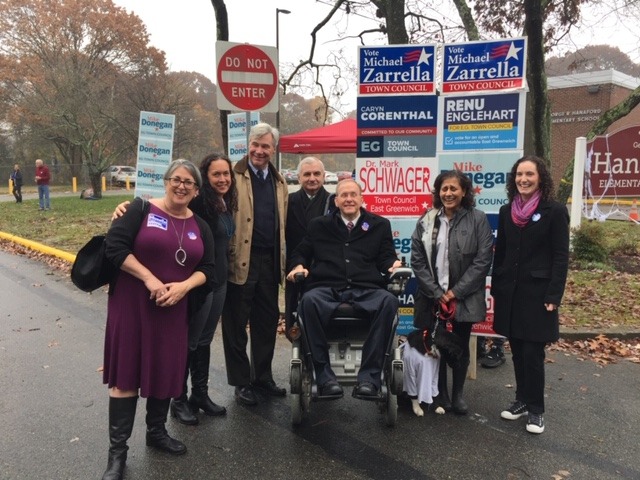 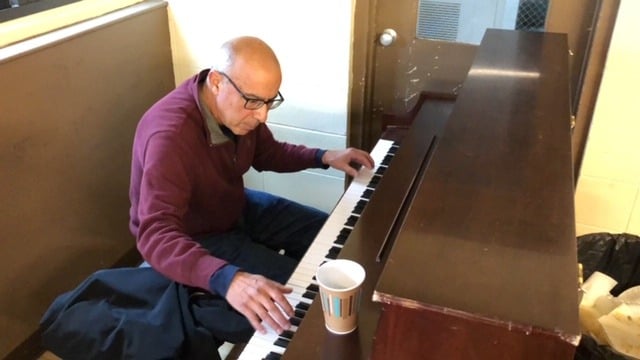 Some of EG’s first responders, who were honored at the EG Rotary Election Day breakfast.