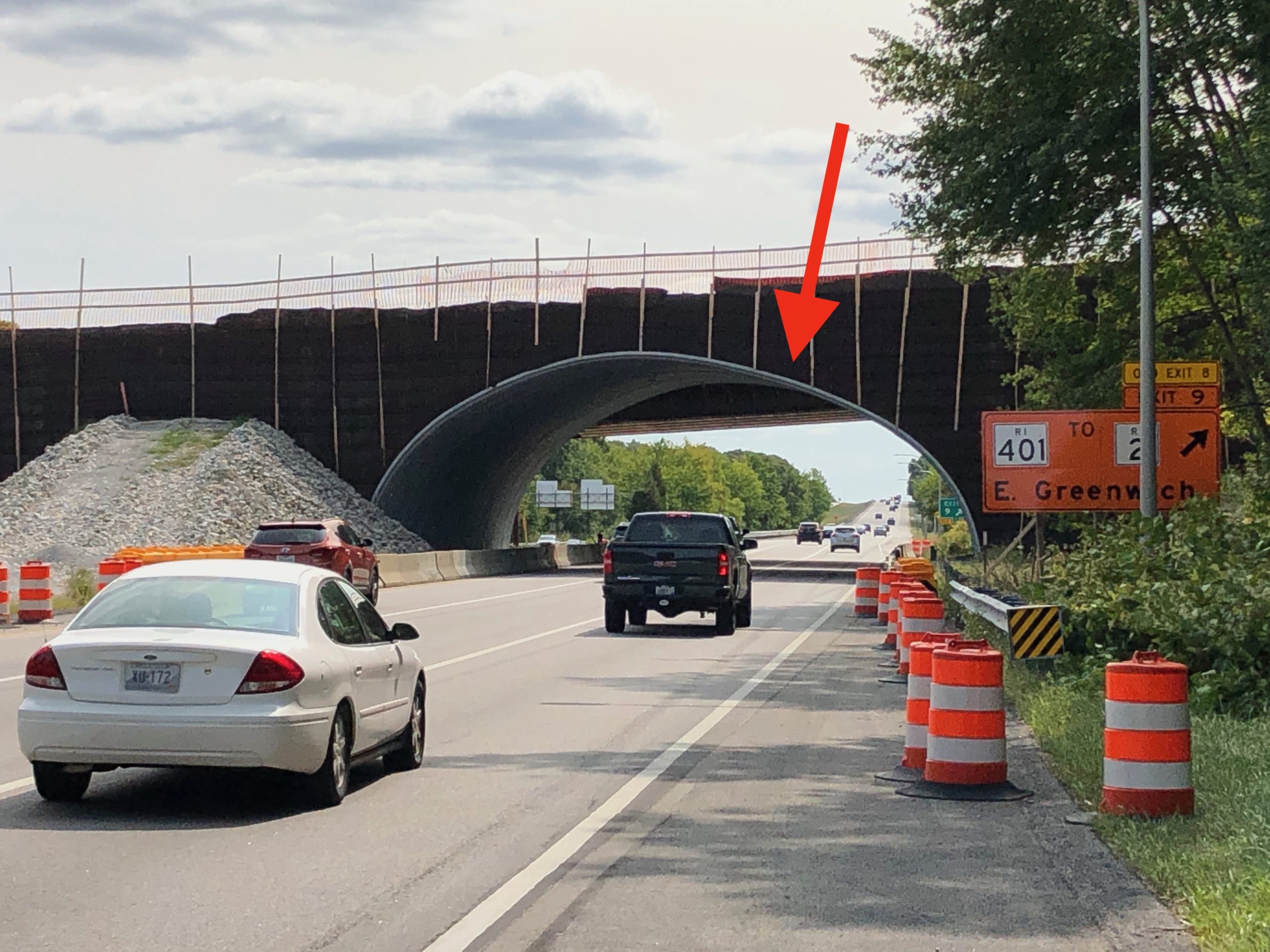 For the past year, the state Department of Transportation has been clearing land and constructing a temporary bridge parallel to the 53-year-old Division Street bridge over Route 4. The plan was for traffic to be redirected over that temporary bridge this fall, followed by demolition and construction of a permanent replacement. That plan is now on hold, after a sag in the arch on the southbound side of the bridge was detected a few weeks ago.

“We’ve done a number of investigations on the bridge. As it stands now, it’s stable,” said DOT spokesman Charles St. Martin. It’s safe for cars driving under it, he said. But the DOT isn’t ready to reroute traffic onto the temporary bridge just yet.

St. Martin said he could not provide a timeline for when that might happen.

The current bridge was built in 1967 and is classified as structurally deficient. DOT made repairs three years ago but replacement has been on the books for some time. In 2019, DOT said the estimated cost of the project was $23.8 million.

DOT has used a number of types of accelerated bridge construction in recent years – the work gets done faster and without as much traffic disruption. However, St. Martin said this is the first time this sort of bridge – metal arches topped with fill and covered in asphalt – has been used in Rhode Island.

“Part of the investigation is how it was put together. Was the fill applied to the structure at the correct rate?” he said.

St. Martin said any costs associated with the delay or if a fix is needed will be borne by the contractor – Cardi Construction – and not the state.

“They’ve been working on it for the past several weeks,” he said. “They are still hopeful to move traffic over sometime this fall.”

If you value what you find on East Greenwich News, please consider making a donation. We are a 501(c)(3). Use the button below or, if you’d rather mail something, send it to EG News, 18 Prospect St., E.G., RI 02818. Thanks – every contribution helps.