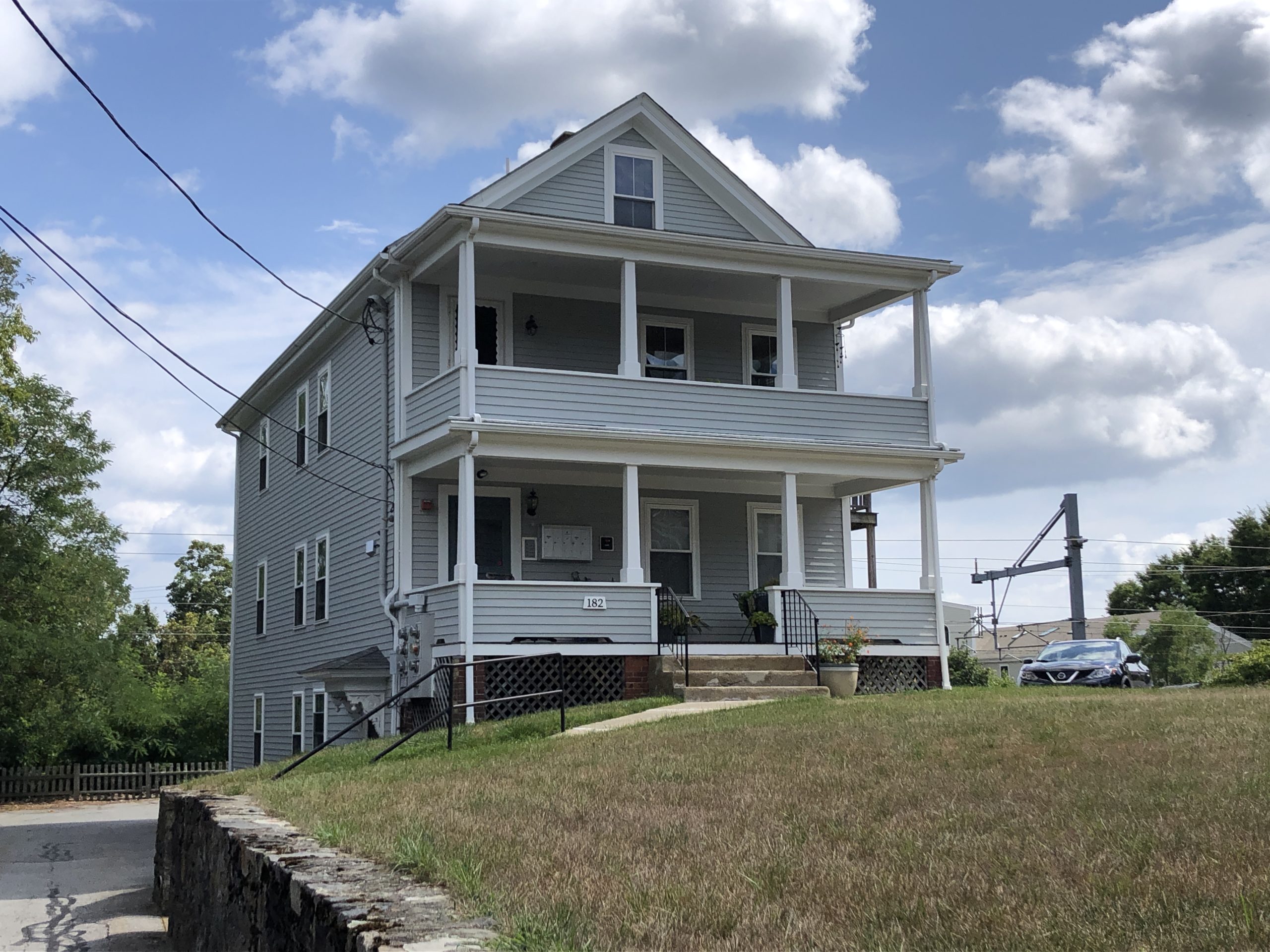 We do some foolish things in this life. Some crazy foolish things. We come a heartbeat from heartache but if things turn out OK, we laugh. Many know the pain that a minute’s indecision can bring. A wrong turn. A different route. Sometimes they are the difference between a laugh and a lifetime of sorrow. Sometimes, only seconds separate life from death. He knows, only too well.

That is what The Porch represents to one of them. Whenever he drives by it he is reminded that it could have been a lifelong reminder of a thing gone bad. A life changer. He shudders whenever he thinks of it.

From the boy’s porch to the driveway of the subterranean apartment, it was a three-story drop.

Neither boy remembers how they got out there and started fooling around. The Preacher was no stranger to tussling. A rough Irish kid, he would fight at the drop of a hat, and sometimes, even, when there was no hat. The other boy was a skinny kid who couldn’t fight his way out of a wet paper bag at the time. But, he was a pretty good wrestler. And, that’s what they started doing on The Porch. Wrestling around.

In short time, the Skinny Kid got the Irish Kid wrapped up, worked him to the side railing of the porch and, getting him over the side, held him almost upside down over the long drop. One slip and it could have been death or paralysis, for one and, maybe, incarceration for the other.

The other boy was scared, and close to crying, but he resisted giving up. Until, the Skinny Kid let him slip, just a bit more.

The Skinny Kid brought him back from the abyss and dumped him back on the porch. Then he

took off as the Irish kid, muttering every blasphemous oath and swear word known to man, started off after him.

However, though the Irish Kid may have been a tough fighter and boxer, he was slower than molasses compared to the Skinny Kid, who skipped out of harm’s way as the Irish Kid threw tremendous punches, which cut the air and not much else.

“Come back here and fight like a man!” screamed The Preacher. “I’m gonna pulverize you.”

But, the Skinny Kid weaved back and forth, just out of reach, laughing and taunting, while the Irish Kid got madder and madder.

This continued for 3 1/2 blocks til the Skinny Kid reached his house and went inside. The Irish Kid stood outside yelling like what for, until, the Skinny Kid’s mom went outside, calmed him down and sent him home.

Years later, a drive by The Porch brings back memories that make him shudder. Just one slip he says now and two lives could have been changed forever. Forever! But for the grace of God….

The Skinny Kid is perched at the corner of Main Street and Division Street in his hometown. A car stops. It is the Irish Kid.

“Where you going?” asked Irish.

“Headed out to South Dakota.” (Read all about that trip HERE.)

“Well, today is your lucky day. I am going back to my base in Illinois, so I can get you a big piece of that trip. Hop in. “

And thus started another adventure and a friendship that has lasted over 60 years. They talked well into the day and night, about sports, girlfriends, life, love and hurt. Each had lost a parent at a young age. They talked and laughed and bonded.

They laughed about The Porch story but never really addressed what might have happened.

But, deep in his heart, the Skinny Kid always shudders when he thinks about it.

One slip. One tiny slip. It would have been a difference in two lives.

The Preacher now lives out in Illinois, not far from his service base. His first wife has passed. He is married again and happy. He plays in an Old Folks guitar band.

The Skinny Kid still lives in his hometown not far from The Porch.