The Nicknappers . . . Or I Saw Dose Guys Stealing Santa Claus 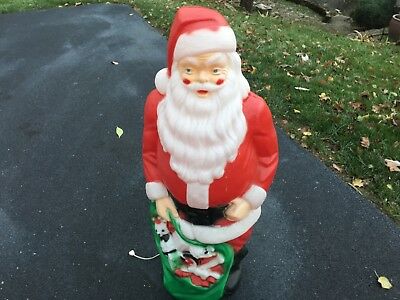 The story of the East Greenwich Nicknappers in a time not so long ago.

My crowd was not the only group to have adventures growing up here in East Greenwich. I can tell quite a few stories of the pranks my father and his friends pulled, and I am sure each succeeding bunch of teenagers had their escapades. I view our pranks as harmless.

We never set out to hurt anyone, and we were really not malicious. We were just always out to have a good time, and laugh, and enjoy life.

I was trying to germinate an idea for another Christmas story when I received a letter from a former East Greenwich resident, who grew up in town a few years before I did. He had his “crew,” and they had their nicknames, just as we did.

Sometimes, just like we, they got bored and looked to pull a few pranks to ease their boredom. The prank he wrote to me about was a little more sinister than the ones we pulled.

I think we would have been more creative had we attempted such a prank as they did, but to each their own. They will live with this deed, and their deeds, for the rest of their lives. I think, though, that it won’t really bother them.

The first thing that captured my eyes as I opened his epistle, was the headline from an edition of the Providence Evening Bulletin (remember that?).

East Greenwich – Talk about your tax scandals and basketball fixes and the sad state of American morality these days! East Greenwich has a case which hits a new low. Their Santa Claus has been stolen!

The East Greenwich Chamber of Commerce admitted reluctantly yesterday that their Santa, missing since last Sunday, must have been the victim of kidnapers(sic) . . . or, maybe… ‘knicknapers’ (sic).

They believe that some premature New Year’s Eve merrymakers, sometime late Sunday or early Monday lifted their five foot papier [sic] mache [sic)], and plaster Santa “bodily” from his sleigh in the Retail Merchants’ Division Christmas display on the lawn of the Kent County Courthouse (the present Town Hall on Main at top of King Street).

Probably he was stashed away in a car and removed to a New Year’s Eve party, or, perhaps, to storage for a private Yule display next Christmas.

After five days of investigation, chamber officials know that none of their members are responsible for the premature dismantling of the display.

And, they rule out a practical joke as well: “That Santa cost almost one hundred bucks. Is that funny?”

Enough of their Christmas spirit remains to forgive anyone who will return Santa, but, if he does not show up, they will be responsible for what the North Pole Nick may conjure up in his own special form of retribution come next December 25th. “

End Part One, The Nicknappers