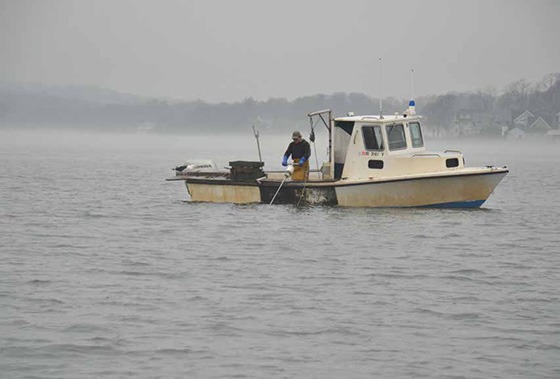 Prologue: No matter what, when something occurs there are many ways to look at it. I used to do an exercise in the classroom, where I had someone come in with a gun and start shooting, then run out. One student slapped a hidden packet of ketchup to his face and fell to the floor. Everyone was screaming all get out. Couldn’t do that today.

The shooter had one side of his face painted white, the other black and mix match of shirts shoes and socks. Kids on one side of the room saw one thing. Kids on the other side saw another. It was a good exercise in how witnesses react and what they actually see.

Anyway the following story is true. I am telling it as I heard it. I found out the other day from a veteran ‘Haugger that there are two other versions.

The basics are these. Four guys in a shanty. They are drinking. A gun is produced. Someone is shot. Whether it was one guy. Or, two guys fooling around. Or something else. The result was the same.

A  few years later, with some of the same participants, two guys were shot. One died. The other was rushed to the hospital and thrown out of the car onto the tarmac near the emergency room. When I get more facts I will attempt to put that into a story.

My life was threatened once when I let it be known that I was going to write this story. However, the person who made the threat has to be in his 80s now, in which case, I will kick the snot out of him (unless he has a gun), or most likely he is in that Great Quahaug Shanty down below (don’t think St. Pete will let him in).

This is a true story. It actually happened right here in Greenwood Cove, the smallest town, in the smallest state, in the greatest country under God’s blue sky. The names, of course, have been changed to protect the “not so innocent” and the guilty, of whom there are plenty, and though this writer was not present at this episode, he has heard the story often enough, and was even threatened once by one of the principals not to ever tell it.

But now, those involved have passed on (I hope) to that Big ScallopTown on the other side., and the story will make an interesting read, especially for those of you not familiar with life as we knew it here in Greenwood Cove.

The town has always been divided into three rather separate and distinct areas. There was Huguenot Village, called HugVille by the locals, where all the farms were located. There were 52 of them back in the old days.

Then there was The Hill, where self-proclaimed upper crust townsfolk lived, the businessmen and professionals. They were, or considered themselves to be, blue-bloods, old money, or descendants of the Pilgrims, or Revolutionary War heroes. I used to tell them that those Mayflower people were reprobates, who weren’t wanted anywhere in Europe so they threw them out and they came here. If not for the Indians saving their butts, there would be no Mayflower descendants.

Last, but not least, was Below The Hill, the most colorful part of town. It was home to the hard-working ethnic families of Greenwood Cove; the Italians, Irish, French, Polish and a smattering of black families. The BTH area had enclaves within in it with names like Rocky Hollow, Mexican Camp, Chicken Hollow and ScallopTown.

It was ScallopTown, the haunts of the town’s quahauggers, which is the setting for this story.

Now the Quahauggers have always held a certain fascination for this writer. To him they are akin to the Mountain Men of the Old West. They are a tough and hardy lot, who work on their own time schedule, their own terms and answer to no one. They get up before the break of dawn to ride their sleek, fast wooden water ponies out on the ocean prairie, where they wrestle with long aluminum and wooden bullrakes and tongs to ply their trade. They are at once in tune with, and at odds with, the whims of Mother Nature. They work hard and they play hard. They are independent men who live life by their own rules.

Back in the day, after long hours at their toiling trade, these men used to find some respite at a watering hole called the Bucket of Blood. It was a rough place that saw more than its share of violence. Many was the time that red plasma had to be washed from the tables, chairs and walls, when a heated discussion or disagreement led to a physical confrontation, which was settled with fists, chairs, bottles or knives, and these bouts usually led to bloodletting. Thus the name of this rowdy establishment.

There was not much that kept the ‘Hauggers from putting in their day’s work, but, like I said, their biggest foe was Mother Nature herself. Somedays when the ice and cold became too much, these eastern frontiersmen would get up, check their boats, and then, perhaps, go to their shanties, where they would repair equipment, read, play cards,or, maybe, do some drinking.

It was drinking that led to the incident that follows, as drinking leads to a lot of incidents that you wish you could take back and play over.

There were four of them in this particular shanty. There was The Canuck, a big, tough French-Canadien; The Swamp Rat, a WWII veteran, Jacko Jimmy, who was quite a football player in his day, and there was Jerry The Hump, so named because of a slight protrusion on his back. Something akin to the Hunchback of Notre Dame, though not that pronounced.

It was cold that day and they had chosen not to go out and “work the water” as quahaugging is known in the vernacular.

Rather they retreated to their shanty to imbibe on some good rotgut whiskey, and perhaps play a few hands of cards. They talked loud and ribbed one another in the way men do. Rough men rib in a much rougher way.

It was not long though before they were all in a deep state of inebriation, and it was at that point that we all learned that some things do go bump in the daytime.

A pesky fly had been buzzing about the men as they attempted to play cards and razz one another to distraction. Who could know that a fly could live that deep into winter, but I suppose in the warming confines of those shanties with their warming wood stoves almost anything is possible.

It was an annoyance to say the least, and, I guess at some point it started to piss off the four men as anything would that interfered with their drinking and card playing.

At some point, the fly landed on the knee of Jerry the Hump as he sat there with knees crossed. It was at this point that The Canuck, a rough character if there ever was one, reached behind him and picked up a rusty, old shotgun that was kept in the shanty for protection, or for any reason that would be a body’s guess.

“Sheesh, don’t move, Humpo,” said The Canuck, as he slowly lifted the shotgun to his shoulder and sighted in on that pesky fly. Later on, it was surmised that The Canuck must have fancied himself quite the marksman. No one really knows the answer for sure. It is my guess that the whiskey bucked up his feelings of proficiency. Whiskey can do that to a man. Make him feel that he can do anything, perhaps. That he is larger than life itself.

Anyway, The Canuck squeezed the trigger. Yes, he did !

“BAAABOOOOOOOOOOOOOMMM!!!!  The sound of the shotgun filled the small shanty. It must have seemed like an explosion from Hell ! At least to Jerry the Hump. For when the smoke cleared his leg was near blown off from just below the knee. Hanging on by a small rope of tendon and muscles.

Jerry’s screams then became the screams from Hell !!!

Of course, the rescue squad was called. Poor Jerry was taken to the hospital, where they had to amputate the lower portion of his leg. It was never known if The Canuck ever said he was sorry. Of course, he would go on to bigger and better things. The State Pen being one of them.

But life went on in ScallopTown, and the story joined a host of stories that have gone down in the town’s lore and legends.

From that day forward, poor Jerry The Hump became known in the town as Jerry Hump The Stump. And that’s a fact! It’s a true story. Happened right here in Greenwood Cove, the smallest town, in the smallest state in the Greatest Country on God’s Green Earth. Scout’s Honor ! Cross My Heart !

So there you have it. Hoped you liked it. Sad to tell BUT true. As they say – Sometimes, actually, most of the time, truth is stranger than fiction.

’til next time, be careful out there. Be good, be well, be better and, as always try to live