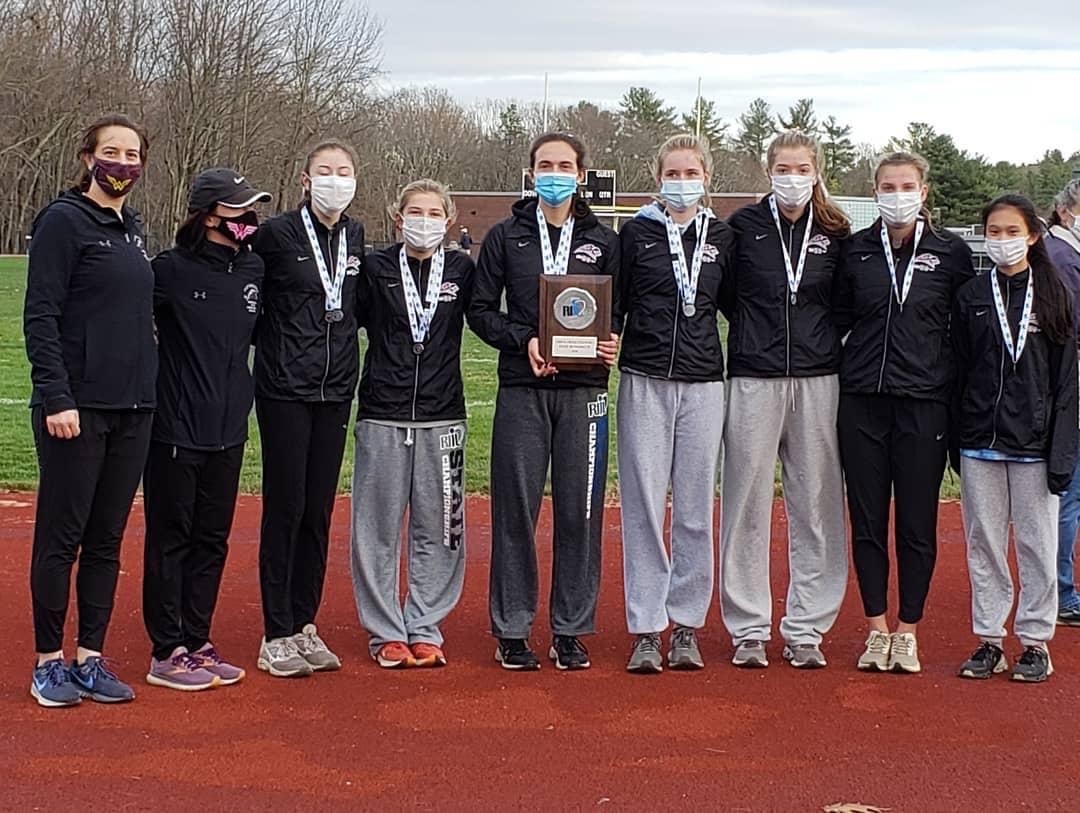 Reese Fahys at an earlier meet this fall.

The EGHS Cross Country teams ran at states Saturday, with the Girls team coming in second to La Salle and the Boys team placing eighth.

“They did very well,” said Girls Coach Erin Terry. With the Girls having won States last year, there was an expectation, especially with the addition of Reese Fahys, who placed first, that the team might repeat. However, La Salle pulled off the team win, with East Greenwich coming in second.

Fahys, a sophomore, joined the EG team after moving here from New Jersey in September, bringing with her a national reputation. She didn’t make her move Saturday until the third mile, but that proved enough. She placed first, with Kaylie Armitage (La Salle) and Sophia Gorriaran (Moses Brown) placing second and third, followed by EG’s Rylee Shunney.

“Got to give credit to Kaylie and Sophia,” said Terry. “When the race was still a packed at two miles, a lot of people were surprised.”

Fahys, however, is very comfortable with hills – “she knows it’s a strength of hers,” said Terry. “She put down a really tough last mile.”

Terry also praised Shunney. “Rylee did amazing. She’s been closing the gap between her and Reese all season.”

Jessica Martin, team captain, placed ninth. “She had an absolutely fantastic day – she had a great PR.” Ava Peters, a freshman, was 13th. Helena Dunwoody and Alicia Chen placed 5th and 6th respectively.

Because of COVID-19, there is no New England meet this year.