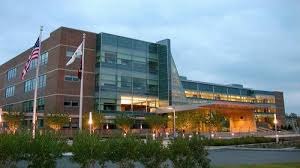 The Providence woman arrested in April for prostitution in a building on Main Street pleaded not guilty during her arraignment in Third District Court Friday.

She was charged with prostitution and obstructing police after allegedly offering sex for payment after she had given a massage to a police officer then tried to flee. EG police had conducted an investigation of goings on at The Blissful Oak, 58 Main St., after receiving anonymous complaints. The Blissful Oak billed itself as a “relaxation studio” and offered massages.

On April 16, the woman offered her client – an undercover Warwick police officer – a “hand job” to “finish him off” for an additional $50. He declined and left. When EG police then went to the third-floor studio, no one answered, but voices could be heard from within.

A few minutes later, EGPD dispatch got a call about a “female in distress” behind the Grille on Main, which is located next door to 58 Main Street. The woman, who police identified as the same woman who offered the hand job, said she was in pain and might have a broken leg; she said she’d jumped from the third floor window of 58 Main Street. In talking to police, the woman gave false names and birth dates, so she was charged with obstruction as well as prostitution.

The woman appeared in court Friday in a wheelchair. She was released on personal recognizance and is due back in court June 12 for a status conference.