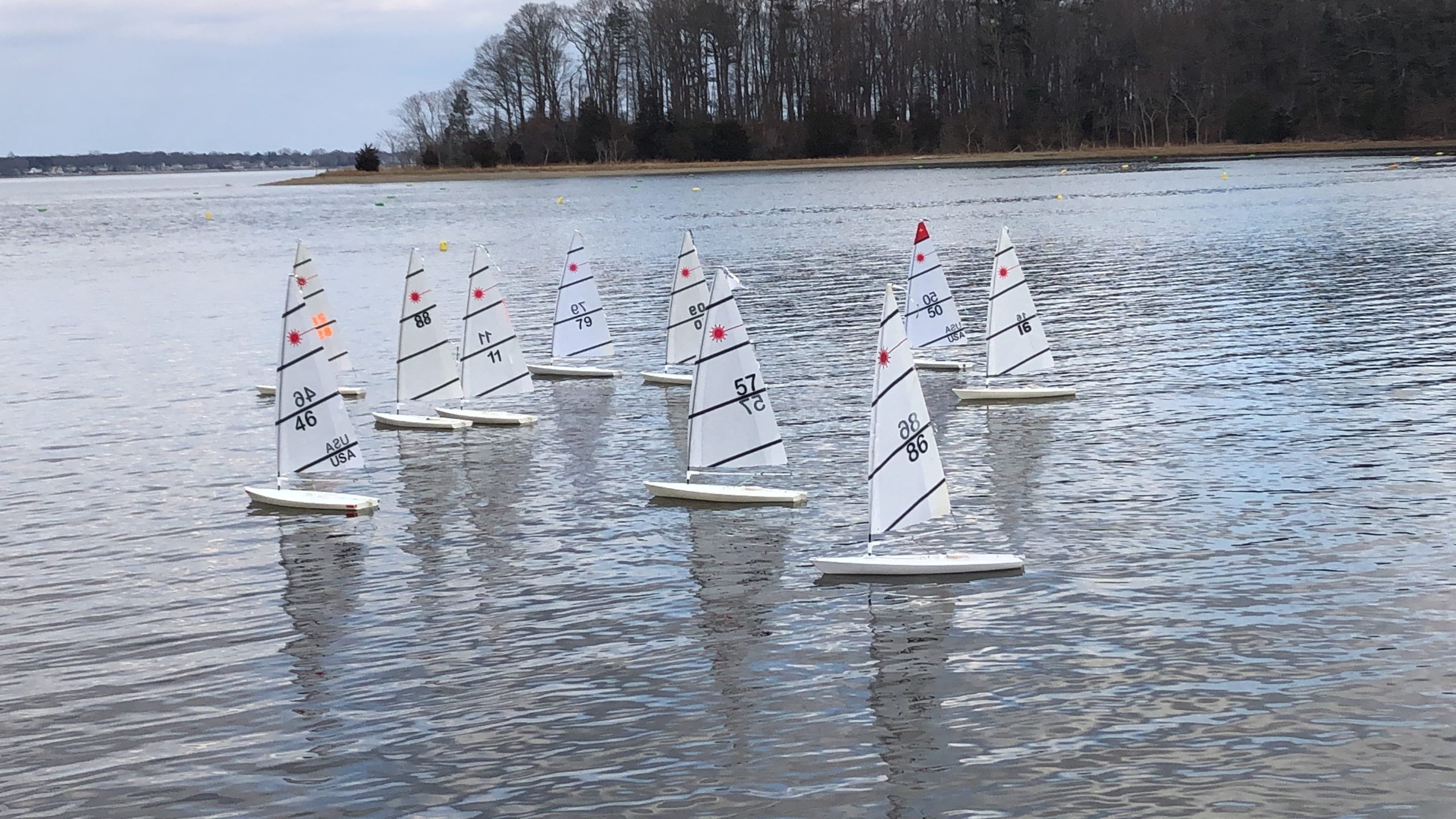 Remote control sailors on the dock in early February.

While the rest of us are spending our winter Sunday afternoons under a blanket watching T.V. or doing some online shopping, some among us brave the cold to pursue a little winter “sailing.” OK, they aren’t actually on the water. Rather, these sailors are dockside, operating remote control laser sailboats in truly “mini” regattas on Greenwich Cove.

The RC craze at the East Greenwich Yacht Club only began last year, but has attracted about 20 participants so far. It works as a bridge between the fall and spring sailing seasons. Originally, they were only thinking about remote control sailing for late fall but it was so much fun, said EGYC Commodore Kevin Coughlin, “we decided to have a winter series. We’ll do it as long as the cove permits, in terms of lack of ice.”

It just so happens, last winter and (don’t jink it!) this one have been mild, so the sailing has been a weekly event. Not without a couple of Titanic-like moments, however.

“We’ve been out a couple of times when there’s been some ice here, little ice floes. It makes it kind of interesting, you can sail around the ice floes,” Coughlin said.

One nice aspect about RC sailing: it’s relatively affordable. You can get one for around $300. The club has a “fleet boat” for newcomers to try. According to Coughlin, that’s usually all it takes – “after you’ve tried it one or two times, you just go out and buy your own.”

A couple of RC laser sailboats in the distance.

Some of EGYC’s RC sailors guide their Lasers.

The club is also in the middle of a significant construction project.

“Three years ago, we came up with a long-range plan for the club which was to replace the docks, upgrade the utilities or the electrical service and then the bulkhead. As part of the bulkhead project, we had to replace the club’s deck,” Coughlin said, crediting former commodore Tom Assad (an RC sailor too) with getting the ball rolling.

The work is on track to be completed by May at the latest, allowing for members to enjoy the regular sailing season unimpeded. On that note, the commodore wanted to make sure everyone knew the club was open for new members. Find out more HERE.