Who Was Dr. James H. Eldredge? 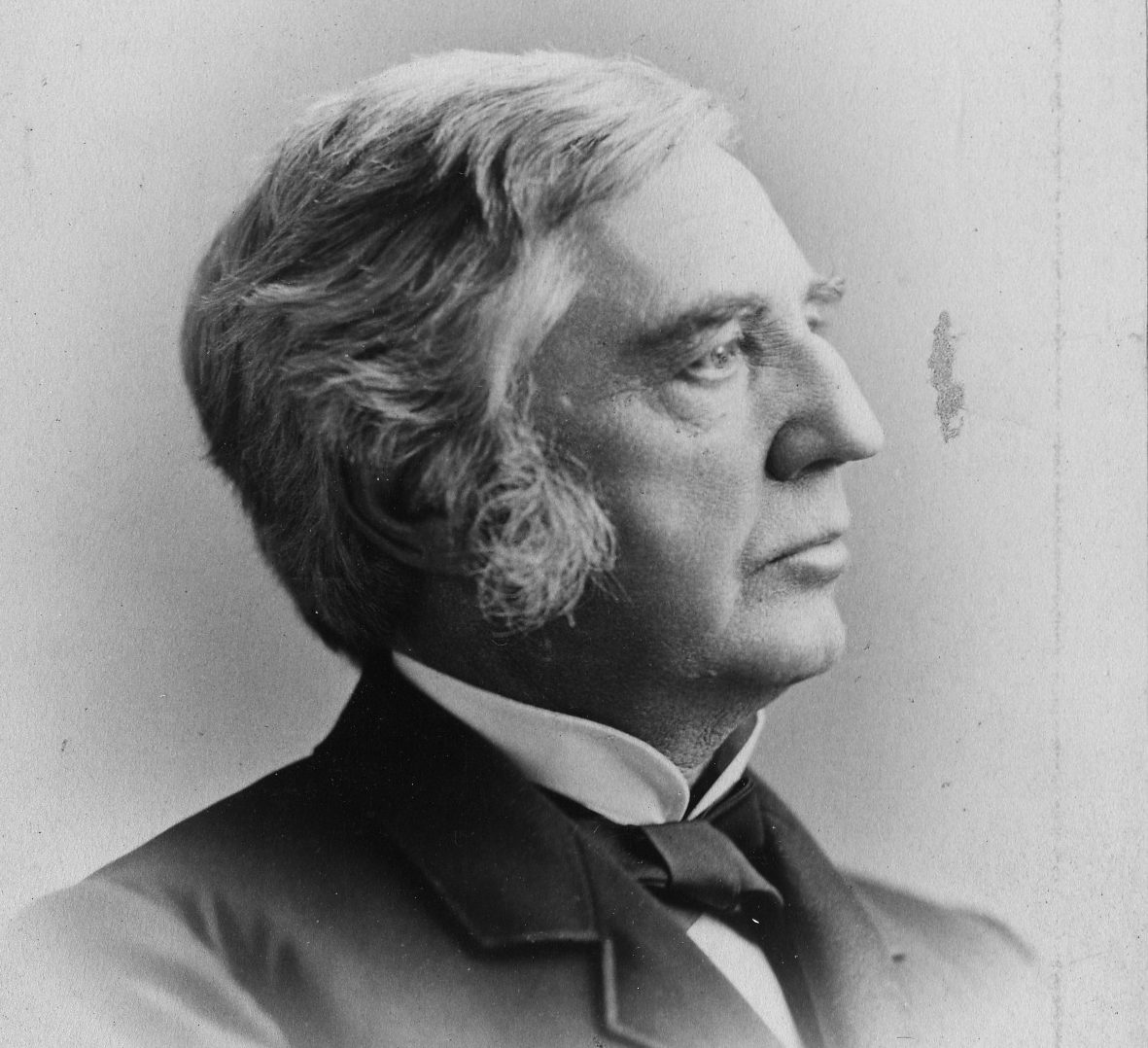 I was going to write a piece on Dr. Eldredge for EG News and the EG Then & Now Face Book page but this was so much better, I decided to go with Dr. Turner’s eulogy to his friend. So, I offer this in with deference to a man who knew him better. I could have brought the language more up-to-date but they wrote so much more eloquently in the late 1800s. Fight your way through it and see what we miss. Alas, we couldn’t possibly write this way today.

James Henry Eldredge was born 27 May 1816 in East Greenwich in the house on the corner of Division and Peirce Streets where he lived all of his life, and died there 20 February 1892. He was educated at Kent [aka East Greenwich] Academy and went on to study medicine, returning to R.I. after getting his degree in 1837 to assist his father, Dr. Charles Eldredge, who died the following year leaving him with a large practice in which he continued for over 50 years. For 20 years he was Consulting Physician to Rhode Island Hospital; for 40 years he was a member of the local school committee serving as president for 20 years; member of the town council, State Legislature, R.I. Medical Society, etc. The James H. Eldredge School was named in his honor. In 1922 his two granddaughters had a Wayside Cross erected to his memory. Once it was at the corner of Division Road and Route 2 but it is now located just inside the cemetery at the corner of Cedar Avenue and Middle Road.

Dr. Henry E. Turner (1816 – 1897) was the grandson of Dr. Peter Turner, the Revolutionary War surgeon whose house was at 21 Court House Lane, and miraculously, it still is. Dr. Turner eventually moved to Newport but he spent his youth in East Greenwich and Dr. James H. Eldredge was a good friend and later a colleague in the medical profession. Dr. Charles Eldredge, his son Dr. James Henry Eldredge, and Dr. Turner were all leaders of the Rhode Island Medical Society in their times. Dr. Turner outlived Dr. James Eldredge and delivered this tribute to his friend at a meeting of the R. I. Medical Society. This then, is probably the best we can know about why Eldredge School is named thus:

Having, for nearly three quarters of a Century, been associated in the most intimate manner with our late friend and Fellow, Doctor James. H. Eldredge, it has been suggested by some of our friends, that it was incumbent on me to bring before the Society, of which we have both been members for more than a half century, (I having been admitted a Member in 1837 and Dr. Eldredge the succeeding year, when the Presidential chair was occupied by his honored father, Dr. Charles Eldredge of East Greenwich), a tribute of affection and of respect, to which his memory is most justly entitled, and not withstanding my extreme diffidence of my capacity to do full justice to the subject so near to me heart, and so should be a melancholy pleasure. Trusting to your forebearance if my effort does not come up to the high standard to which you have a right to expect, in view of your high appreciation of the transcendent merits of our common friends, I proceed to the performance of the obligation. 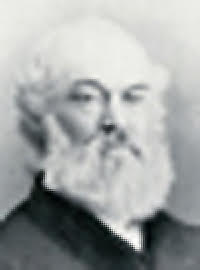 The sphere of action of a physician in a rural district, comprising only moderate sized villages within its limits, is not such a field as affords opportunities or inducements for the sensational methods by which great reputations are frequently made in large cities, and no startling and exceptionally brilliant effects are produced on the public mind by the phenomenally successful results which sometimes follow, on reckless adventures in the domain of surgery. We therefore, must content ourselves with a contemplation, in the professional career of our friend, of a life spent in the conscientious and diligent and extremely laborious service of a clientele, not, as a whole, capable of a liberal, not to say elegant, compensation, but the opposite, for the fifty three years, in a faithful, conscientious and laborious manner, always at his post, in season and out of season, always preserving the bland and suave address that characterized

him, under whatever provocation, and retaining to his last moments almost without exception the esteem and affection of the community in which he lived. Although conservative in his methods, and the character of his mind, Dr., Eldredge was diligent in the study of current professional literature, and extremely solicitous that nothing promising benefit to his patients should be overlooked or neglected, and the estimate made of him by his employers proves that they appreciated these traits of character, and believed in their materialization.

Dr. Charles Eldredge was born in Eastern Connecticut, and was the son of James Eldredge, who was a Captain in the Continental line of the American Army in the Revolution, and they were of a good old New England stock. Dr. Charles prosecuted his studies in Connecticut and graduated in medicine at Yale College, and in my earliest recollection stood very high in his profession, and was a leading figure in all matters of a social or financial or political character in and about Greenwich, being for several years in the State Senate, when quite a young man. The mother of Dr. George McLellan, the father of General George B. McLellan, U.S.A. was the sister of Dr. C. Eldredge, and when attending lectures in Philadelphia, Dr. James H. was a student of Dr. George McLellan, his cousin, and graduated at Jefferson College, in which Dr. George and his brother, Samnuel McLellan, were, at the time (1838) Professors.

Dr. James H. received his early instruction in the Academy at East Greenwich, and afterward passed some years at the School of Mr. Charles Greene, at Jamaica Plains, near Boston. His father died not long after his graduation, and he immediately succeeded to his practice, which had been extensive and absorbing, and exposing and laborious to the last degree, as it continued to be. Dr. James became, as his father had been, not only the professional advisor, but the confidential and business friend and advisor to large numbers of his neighbors, and in his later days enjoyed a kind of Patriarchal relationship with the people of the locality. For many years he was a Member and Secretary of the School Committee, and for about twenty its President, for two years he was a Member of the State Senate, but he did not political preferment, and held no other State office. He was at the time of his death President of the Town Council.

Dr. Eldredge’s character as a boy at school, the period at which my knowledge of him was close and constant, there were no recollections of differences with other boys, such as generally interrupt boyish intimacies, with occasional storms. I could not expect to recall any such, in detail, if they occurred but there would have been left some impression of such a possibility, which there is not. He was a clever fellow with all the boys, without qualification, and those are the recollections which belong with and are part of his memory, with all his early associates, and in these particulars the boy was father to the man.

Though of Puritan stock, the three generations to whom I have referred, were all Episcopalians and Dr. James’s religious sentiments were very strong and abiding. His father was very active and largely instrumental in establishing the Episcopal Church in East Greenwich in 1830, or thereabouts, and his son was very earnest and active and efficient in the erection of the present beautiful structure, and in the present flourishing conditions of its affairs. The church building to which I allude is a gem, in its way, and a superb monument of the good taste and correct religious sentiment of the community, and particularly of the generation of which Dr. Eldredge was a leading figure.

For myself, I can say that my recollection, which is very distinct from 1820, affords no suggestion of any even momentary interruption to our close and continuous friendship.

On Dr. Eldredge’s relations to this Society, I need not dwell at any length, they are familiar to you all. For fifty years, he was very seldom absent at the meetings of the Society. For very many years, and at his decease, he was one of your censors, and was always a faithful member, and deeply interested in whatever pertained to the welfare and credit of the Society. His judgment was always thoroughly appreciated, and his suggestions always listened to with the utmost deference and they were generally fraught with that degree of wisdom which warranted that deference. Dr. Eldredge was a Vice President of the Society from 1854 to 1858, and President in 1858 and 1859, and has represented the Society at the Meetings of the American Medical Association several times.

Doctor Eldredge’s domestic and social relations were of the happiest kind, and his hospitality was proverbial.

Whereas: It has pleased Almighty God to remove from this life, our beloved brother, Dr. James H. Eldredge.

Resolved: that we humbly Submit to the divine decree, which has removed from our midst in the fulness of years and honors a friend who deserved and earned our highest respect and regard.

Resolved: That while we deplore “not as those without hope” the dispensation that severs our connection with one of our worthiest and most esteemed associates, we recognize the merciful provision which preserved to him through a long life of usefulness, his health and power of enjoyment to a very late period and his intellectual powers to the end of his life.

Resolved: that we tender to his surviving family, our warmest sympathy in their bereavement, and our best wishes for their welfare.

If you got to the end of Dr. Turner’s eloquent oratory and understood it, then Eldredge School did its bit. Congratulations are in order for all involved. — AFC