When, How Should General Assembly Reconvene: Local Pols Respond 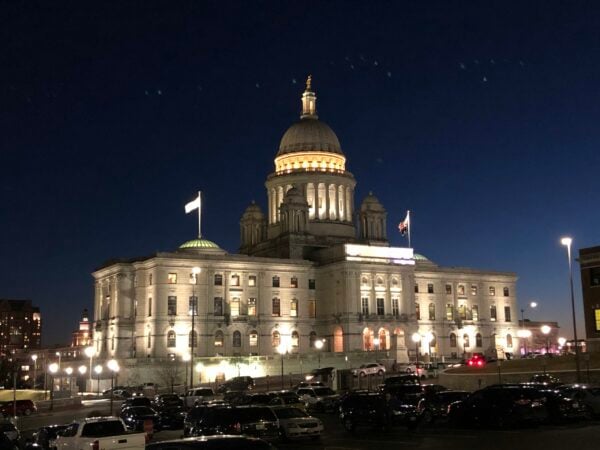 With Governor Gina Raimondo extending the executive order barring social gatherings of more than five people earlier this week, the General Assembly will be forced to continue their cancellations of sessions and committee hearings until at least May 8.

At a press briefing last week Raimondo said she didn’t think now was the time for the General Assembly to meet. In recent interviews with East Greenwich’s General Assembly members, they seemed to agree.

“We all miss doing that work that we do up at the State House,” said State Representative Justine Caldwell (D-Dist. 30), who went on to say that she is still in contact with many of her constituents despite working from home. “People are getting in touch with me about their health insurance, unemployment and questions about their small business.”

“A rush to go back makes no sense,” said State Senator Leonidas Raptakis (D-Dist. 33). “The most important issue is safeguarding the public health.”

However, the looming need to pass the statewide budget by the end of June is on the minds of local lawmakers. The economic impact felt by the shutdown in response to COVID-19 is significant throughout Rhode Island making this year’s budget all the more significant.

“One thing that we are going to have to address is the budget,” said State Senator Bridget Valverde (D-Dist. 35). “We can’t pass a budget without meeting.”

While she supports the governor’s executive orders to limit gatherings of more than five people, Valverde said, “We will have to meet at some point whether that is in person or virtually.”

The idea of virtual sessions has garnered mixed reviews from EG’s state politicians, even as the East Greenwich Town Council and School Committee have both adopted virtual meetings, albeit for much smaller numbers of people.

“I am in favor of us forming a plan and testing the possibility of remote sessions for any pressing issues that need to be taken care of before the end of our legislative session,” Caldwell said. She added that she is “not totally sure it will work, but we need a plan to try.”

She pointed out that the house has 75 members with varying technological equipment in their homes. She went on to say that issues with logistics, such as not being able to hear and members losing connections, would pose significant burdens on the process of ordinary business.

While open to the idea of meeting virtually Raptakis mentioned he thought “privacy issues” that would “have to be looked at” before state business takes place on certain platforms.

When asked about different means of meeting, Valverde said that the Senate president was “looking into some solutions,” but nothing concrete had been discussed yet.

“We are all eager to get back to work,” said Valverde. “But right now, the priority is the safety and well being of Rhode Islanders.