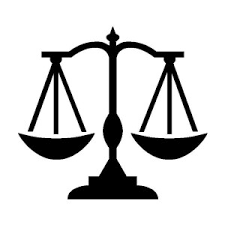 What may be the final bills from Whelan, Corrente, the outside law firm that had been working for the town since September 2017, show that through November, the firm billed the town $385,000 for work done on a variety of issues, mainly labor related.

Bills from August through November totaling around $60,000 were released in December. Work labeled labor amounted to $37,732 over that time.

The law firm was brought on by former Town Manager Gayle Corrigan, who had worked with Whelan, Corrente partner Bob Flanders in previous jobs. Tim Cavazza, a lawyer with the firm, has made a career selling municipalities on the 3-platoon, 56-hour work week for firefighters. He made that case in Providence, where he eventually lost, and in North Kingstown, where he won. With Cavazza, East Greenwich tried to impose the system on EG firefighters mid-contract this past year. Superior Court Judge Susan McGuirl ruled in September the town would have to wait until the contract was up to make such a move.

With the change in the makeup of the Town Council in the November election (where it went from majority Republican to staunchly anti-Corrigan all Democrat), it’s unlikely the town will seek such a change when the firefighters’ contract expires June 30.

Whelan, Corrente billed $8,775 for “Sch. Dept. Matters” in September. The timing coincided with release of a performance audit presented to the School Committee in September that cost the school district around $33,000. The Whelan, Corrente bill was for work done between Sept. 14 and Sept. 26, including 7.2 hours billed on Monday, Sept. 24. That was the date of the Town Council meeting where Whelan, Corrente’s David Abbott presented his analysis of the audit, made public Sept. 13. At that meeting, then Council President Sue Cienki said Abbott came before the council as a favor to her and would not be billing the town for his appearance. That may have been the case, but he does appear to have billed the town for time spent analyzing the audit and preparing his presentation. 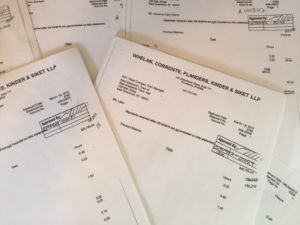 While the town has not yet formally ended its relationship with Whelan, Corrente, Town Council President Mark Schwager said he anticipated the council would take up that issue soon, once all legal matters had been transferred to the town’s new solicitors, Ursillo, Teitz and Ritch.

The new council cancelled its contract with former solicitor David D’Agostino and hired Ursillo, Teitz Nov. 29. D’Agostino worked for the town through December at a fee of $15,000 a month.

Ursillo and Teitz will be handling all the town’s legal work going forward, Schwager said. While the firm has been paid hourly ($195/hr) since being hired Nov. 29, Schwager said the town had requested a new engagement agreement with the firm where most of their work would be done on a salary basis, with certain work paid for hourly.

Start the new year off right – support local journalism and make a donation to East Greenwich News! Use the button below or send a check to EG News, 18 Prospect St., E.G., R.I. 02818