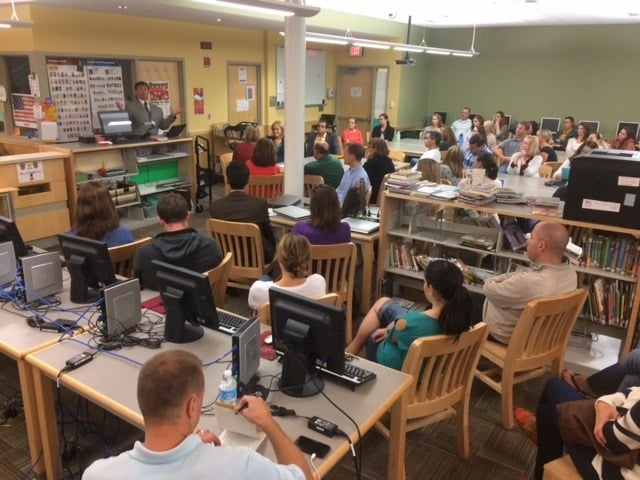 More than 60 people turned out to the first of two public forums on adding all-day kindergarten to EG public schools and their message was loud and clear: they want all-day kindergarten and they want it by September 2015. Currently, only 21 percent of EG kindergarteners are in school for the full day, mainly those students with identified learning disabilities.

For many of the parents at Tuesday night’s forum, the first part of the process was a foregone conclusion – of course, all-day kindergarten should be recommended. Several parents spoke about why it is needed in East Greenwich.

“With the adoption of the Common Core … kindergarten students are being held to a new and more rigorous standard,” said Diane Daigle. She went on to list some of the things expected of kindergartners under the Common Core (i.e. new national) education standards, among them:

“I’m sure our teachers will do the best they can … cramming in learning in 2 1/2 hours,” Daigle said, but she said administrators, teachers and students deserve better.

One parent asked Mercurio whether – if cost was not an issue – he supported the idea of all-day kindergarten.

“A full-day kindergarten program implemented in the district would be the best support for the student,” Mercurio said.

He said it was too soon to know how much it would cost to add all-day kindergarten. Among the costs are some one-time expenses having to do with facilities (more classroom space, more playground space, etc.). But the larger costs would be personnel.

“It’s more than just more kindergarten teachers,” Mercurio said. He was referring to “itinerant” staff such as music and physical education teachers and physical or occupational therapists, as well as classroom aides (referred to as paraprofessionals).

And going by this year’s numbers may not be the best guide, he said. There may be more students if all-day kindergarten is offered.

“We don’t know if there are parents out there saying, ‘You know what? I think I’m going to enter the public schools because that instructional program is available.’”

Just what it might cost to add all-day kindergarten remains a question, but Mercurio did say he was told by the Smithfield superintendent – Smithfield added all day kindergarten this year – it cost that district $350,000. Smithfield’s population is about 21,000 and EG’s is about 13,000.

Ultimately, the decision to add all-day kindergarten may be up to the School Committee, but the larger question of paying for it will most likely sit with the Town Council. By state law, the school district is only allowed to ask for up to 4 percent more money from the town in a given year than it got the previous year. In East Greenwich, the School Committee has kept the increase to around 2 percent the past two years.

The date for the second forum has not yet been set. 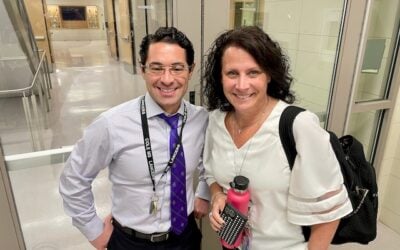