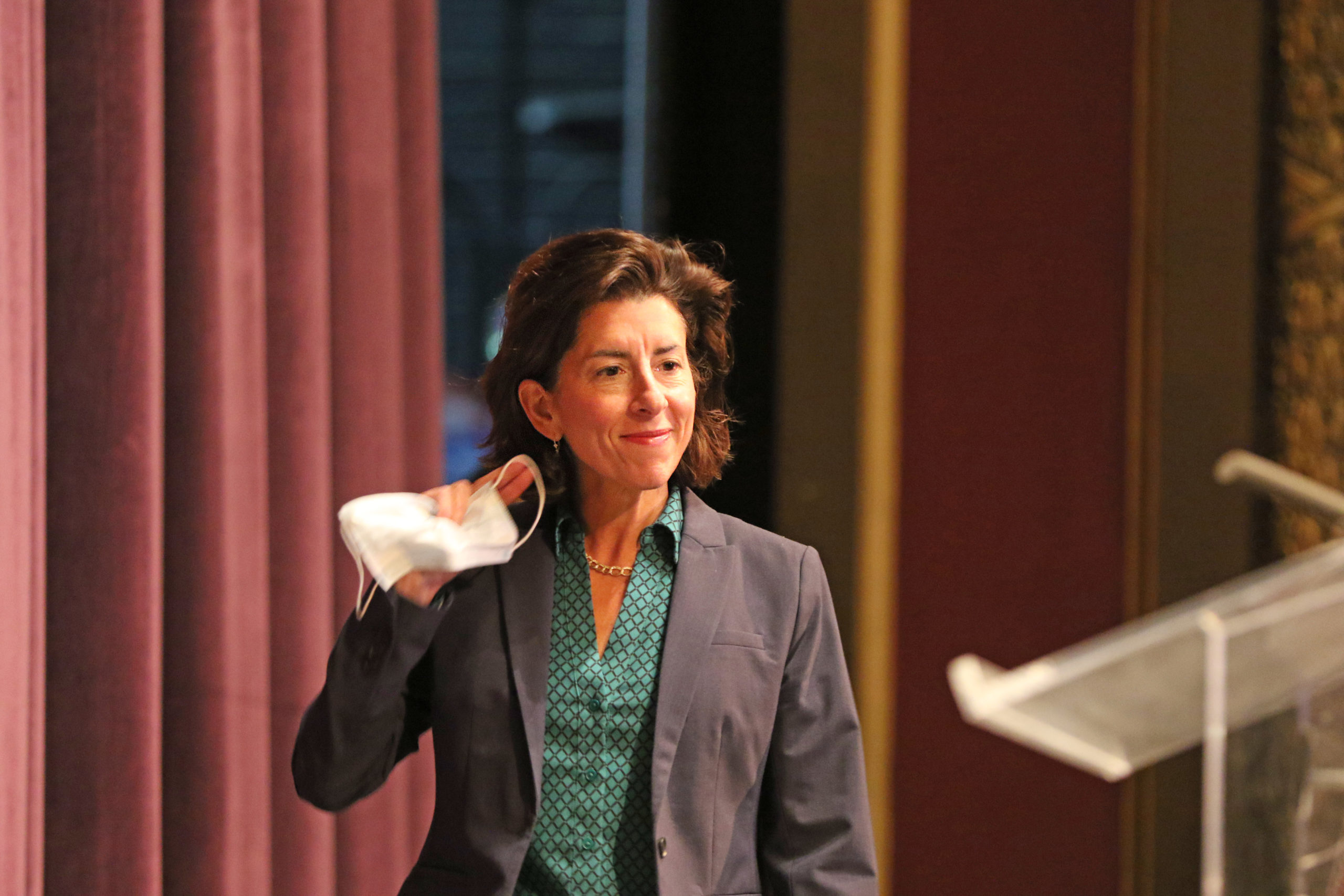 Above: Gov. Gina Raimondo arrives on stage Oct. 28, 2020, with mask in hand for her weekly virus update at the Veterans Memorial Auditorium. Pool photo: Sandor Bodo / The Providence Journal

Gov. Gina Raimondo Wednesday said, “We’re in a bad place” with regard to the increasing number of positive COVID-19 cases. “This data is not encouraging; it’s headed in the wrong direction in every metric,” she said during her weekly virus press conference at Veterans Memorial Auditorium in Providence.

The state continues to lead the country in the number of COVID-19 tests it runs but the number of positives Wednesday – 425 out of 13,397 tests run – was 3.2 percent.

There are other worrying data points too.

In particular, the number of hospitalizations is increasing, with several days of more than 20 admissions last week. At this rate, Raimondo said, the hospitals will run out of the 300 beds set aside for COVID patients and the field hospital in Cranston will need to be opened.

“We all need to adjust our behavior,” she said. In particular, everyone needs to wear masks when in close contact with anyone – anyone – other than those we live with, even if it feels strange or awkward. She also said we need to severely curtail our number of close contacts. Those friends you want to invite over for dinner? That co-worker you want to meet with after work? Don’t do it, at least not for the next two weeks.

Raimondo said things were dire enough that she would be announcing some new restrictions at a press conference Friday at 1 p.m. She noted the state was nearing her administration’s own limits on remaining in Phase 3 (our current phase) but said she was not sure a return to Phase 2 limits was the right approach at this juncture.

“I am convinced that we need some more restrictions,” she said. “I’m not convinced we need to go back to Phase 2. We have to keep a lid on this now, while we still can.”

“The good news in all of this is we are not seeing significant spread in schools or for that matter in controlled environments,” Raimondo said. The case prevalence among school children is .13 percent, far below the state’s average of 2.9 percent last week. So far, out of 100,000 students doing in-person learning, there have been 363 cases since school began in mid-September; among the 50,000 students doing virtual learning, there have been 312 cases so far.

“This tells us two things: One, schools are not super spreaders, and, two, the kids doing virtual learning aren’t staying home.”

Through case investigations, state contact tracers have found virtual learning students who get sick have been going to jobs (in the case of high school students), playing sports, participating in study groups and other social activities.

So, Raimondo concluded, virtual learning is not necessarily safer. She said she will keep children in school as long as the data shows it’s OK.

As originally laid out, the separate K-12 system for testing and contact tracing for students and staff was to be quick and efficient. The reality, Raimondo said Wednesday and EG parents and school officials have been expressing in recent days, has been frustratingly less than that.

“We were trying to see who if anybody needed to quarantine,” said EG Supt. Alexis Meyer on Tuesday. “That’s why [the Cyclone] students had to stay home – because they weren’t able to finish. There wasn’t any mass quarantine.” Indeed, the Cyclone students were back in school on Wednesday.

Raimondo said the state needed to do better with regard to contact tracing and had hired 100 additional contact tracers in the past month – 50 in the last week alone – and would be hiring 100 more. She urged any Rhode Islander who felt they could do that work to consider applying. 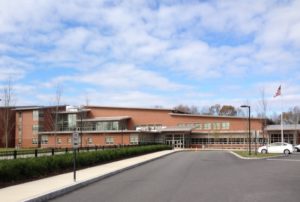 Families in East Greenwich would welcome a better system.

One parent whose older child living at home tested positive said she spent hours on hold, trying to get test results, and a week went by before she finally talked to someone at the RIDOH about contract tracing. No one had reached out to her despite being told several times that someone would be calling. All during that time, even though everyone in the household other than the one son, had tested negative, they had to quarantine, meaning working from home for both parents and distance learning for the two school-age children.

Corinne Steinbrenner’s 8-year-old son was sent home from Eldredge because of a cough. She picked up her 6-year-old at Frenchtown and had them tested at the first opportunity, 24 hours later at Wickford train station. She never got the results of the rapid test for her older son; the PCR test results took four days for her older son and longer for her younger son. They both ended up testing negative, so there was no contact tracing followup. But the whole experience was frustrating.

Gov. Raimondo said she understood everyone was sick of the virus but she implored residents to be kind if state contact tracers reach out.

“The level of aggression that our contact tracers are receiving in the past couple of weeks … is not ok,” she said. “Be kind and courteous and polite.”