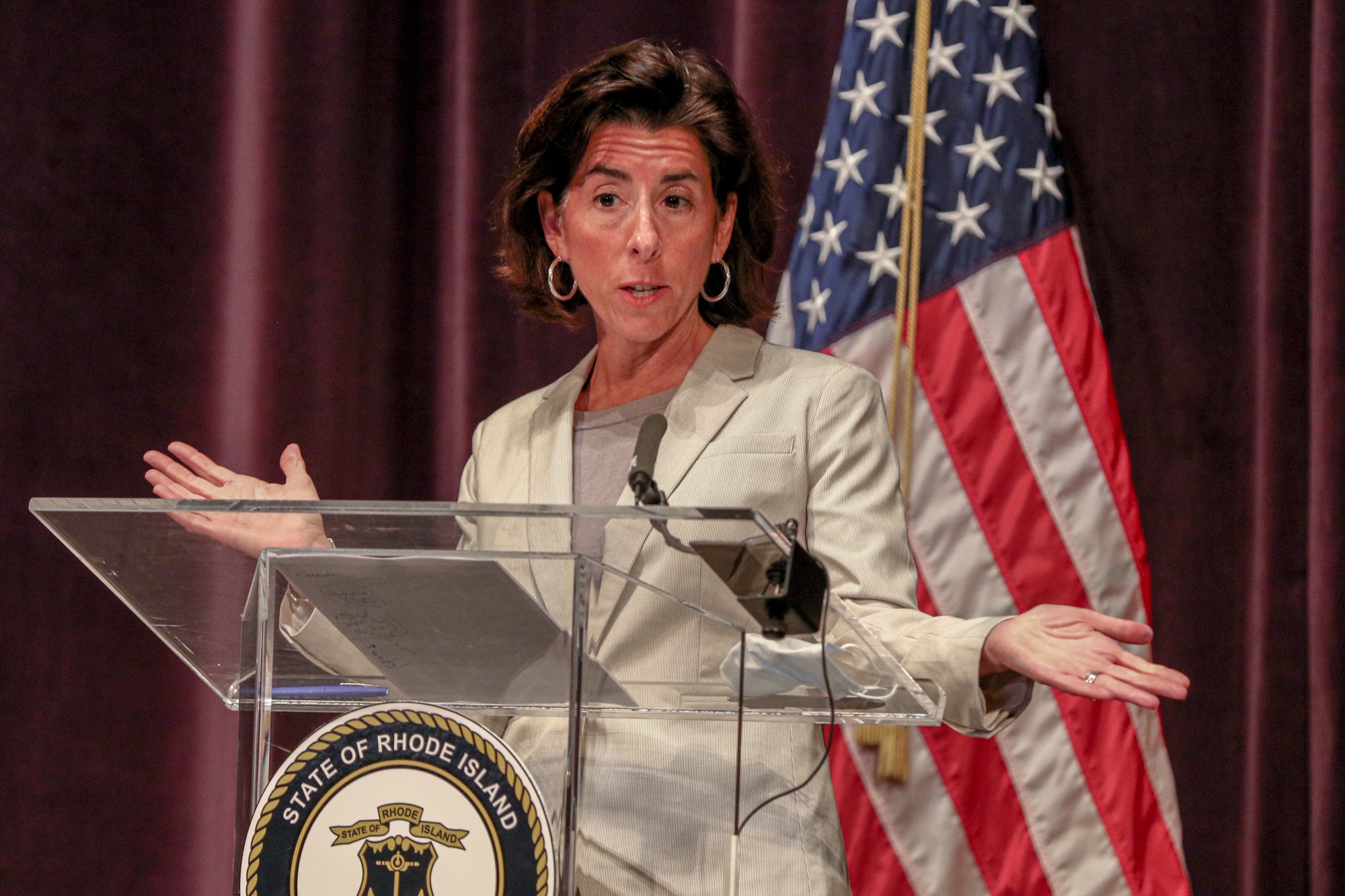 At Gov. Gina Raimondo’s press conference Wednesday afternoon, she announced that visitation at nursing homes, assisted living facilities and hospitals will finally be allowed to resume, as long as additional public health precautions are in place.

Facilities without a comprehensive plan were provided with a basic plan to follow, said Nicole Alexander-Scott, director of the Department of Health. While the majority of these facilities are prepared to allow visitation, there’s a small group that wants to take a little more time to do so.

Alexander-Scott laid out the variety of guidelines for visitation: Visits must be scheduled in advance by calling the designated facility. These visits will initially be kept to 30-minute increments. Facilities must actively screen everyone for symptoms of COVID-19 before they are allowed to enter the building. They must also keep a daily log with names and contact information for all visitors. Outdoor visits are encouraged, with visitors maintaining a distance of 6 feet from all staff and residents and a cloth face covering must be worn.

A new case of the virus may prompt a halt in visitations; the Department of Health will immediately step in to assist.

Governor Raimondo and the Department of Health held their daily COVID-19 press briefing today at 1 pm.

She also announced that hospitals will move to the two-tier visitation scheme that allows visitation with limited visitation hours. She said this will vary at hospitals but there are some consistent requirements – visitors will be screened for symptoms at designated entrances, cloth face coverings will be required at all times and visitors can’t congregate in any area.

“I’m sorry it’s taken so long but in light of everything we’ve faced, we felt it was the right thing to do,” Raimondo said.

The governor announced there will be some changes to COVID-19 guideline enforcement of businesses going forward. For businesses blatantly disregarding the rules, a compliance order will immediately be issued or a fine will be issued. The second time this happens, a fine will be issued or the business might be shut down until it’s demonstrated that the appropriate changes have been made.

According to Stefan Pryor, the secretary of commerce for the Rhode Island Commerce Corporation, information pertaining to these cases will be posted on www.dbr.ri.gov. The list will include inspectors under this inter-agency task force, as well.

For less significant violations – such as lack of signage, issues with mask-wearing – businesses will receive a warning. The second time around, a compliance order or fine will be issued. These updated regulations with fines and updated regulations in enforcement can also be found on www.dbr.ri.gov. Complaints against a business not following guidelines can also be filed on this site.

“Our goal was not to be heavy handed,” she said. “We don’t want to shut you down. I want you open and making money, and the vast majority of you are being creative and following the rules.  But there are those of you out there – you know who you are – you’re not even trying. Don’t let yourself be part of an outbreak. Ask how you can be part of the solution.”

The University of Rhode Island just decided to reduce on-campus housing by 30 percent for the upcoming school year to prioritize first-year and out-of-state students. The Narragansett Town Council also voted in early June to limit the number of college students living in a single-family residence to three.

“What the town did, I understand,” Raimondo said. “I applaud URI for coming up with a plan where the students are back, having education that way. It makes it harder for URI and there’s gonna be a lot of students who live in Rhode Island who are gonna wind up living at home and commuting and that’s gonna make their experience different. The accommodation is a tough one.”

This week, President Donald Trump also put pressure on governors to reopen schools, even with COVID-19 cases surging in many states.

Raimondo said she doesn’t agree with that approach of governing and plans to focus on doing what needs to be done for the people of Rhode Island.

“I think it’s irresponsible, dishonest and reckless,” she said. “Having said that, I want to get kids to go back to school. Whatever the president does is up to him but I’m going to do what’s right for Rhode Island, our school children and our community.”

Over the Fourth of July weekend, Raimondo said there was compliance by and large with social distancing and mask-wearing. Business inspectors checked up on hundreds of businesses, focusing primarily on restaurants and retail shops. Overall, employees and customers were following the rules.

However, she noted a couple areas with a blatant lack of compliance. First, 20 percent of restaurants were found not having a regular way to take the names and numbers of people under reservations. She reminded everyone going out to restaurants to provide only their name and number every single time.

“Why is that a problem?” she said. “Because if there’s an outbreak at the restaurant or the waiter or waitress gets sick, we need to be able to call you and let you know you’ve potentially been exposed to someone with the virus.”

She said that in more than 10 percent of restaurants, there was too much mingling and crowding, specifically around bar areas.

“You don’t have to take my word for it,” she said. “Look all around this country right now. The rest of the country’s having huge issues with bars being the vector of spread of this virus.”

Raimondo also noted that tourists visiting Rhode Island from one of the states that has a 5 percent or greater test positive rate have to pay out of pocket – about $100 – for a test at any of the 10 testing locations set up around the state. If you are a Rhode Islander returning to Rhode Island from one of these states, you don’t need to pay out of pocket. These clinics can be found here. Raimondo noted this applies to tourists coming to Rhode Island for social reasons, not public health workers, people coming for medical treatment, attending a funeral, picking up kids from camp, etc.

“In the blink of an eye, we could be back to where we were a couple months ago, struggling and surging up the curve,” she said. “Our destiny is in our hands.”

Starting next week, Raimondo’s press conferences will only be held on Wednesdays at 1 p.m. If there’s an increased amount of news, there may be an additional press conference. To keep updated, you can sign up for daily email updates at governor.ri.gov.