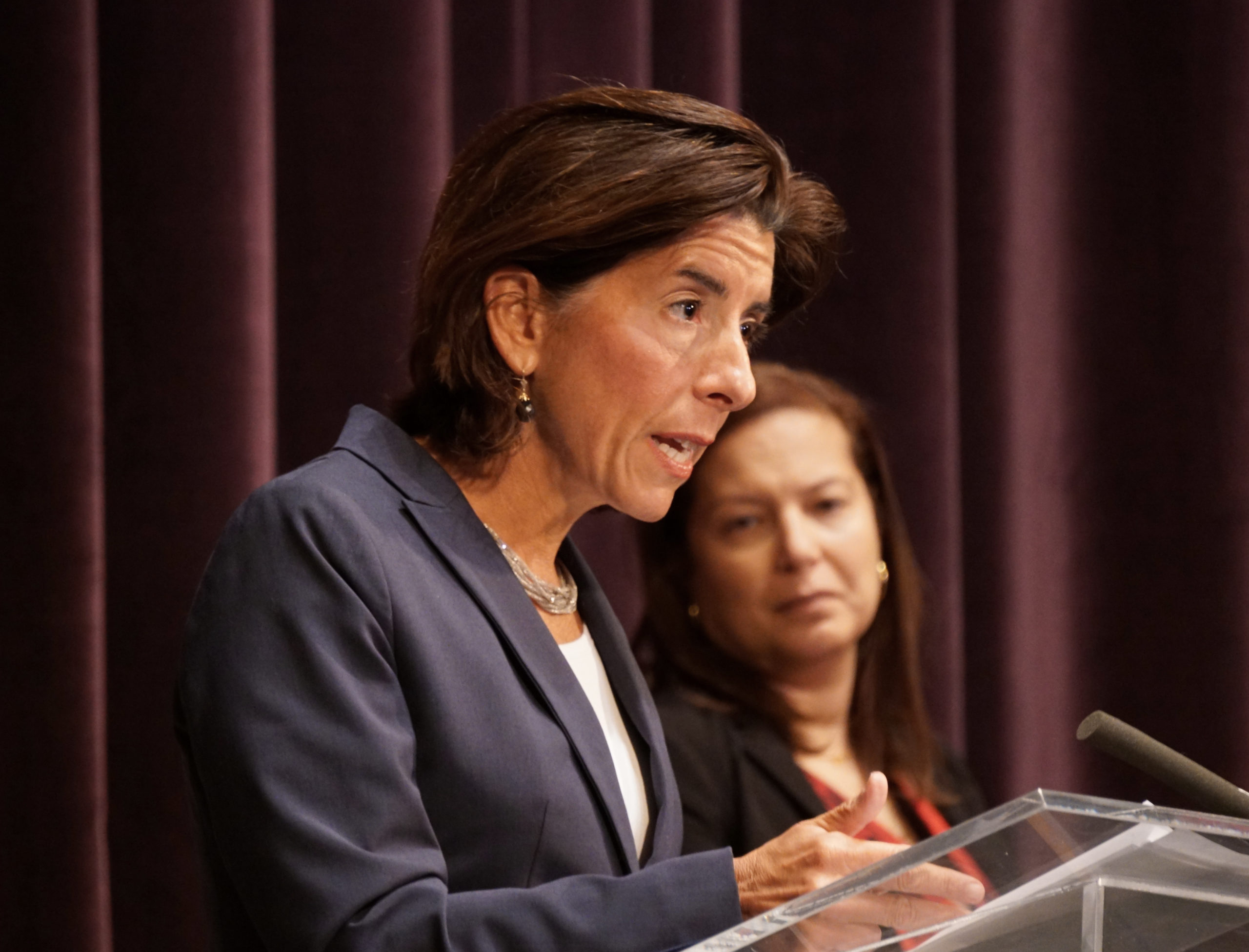 Data: The R.I. Department of Health said the number of COVID-19 confirmed cases in Rhode Island was 24,177. The percent positive rate was 1.4 Wednesday, up from 1.1 a week ago. There were 86 people in the hospital Wednesday; there were 41 new hospital admissions in the past week, down from 58 last week. The number of cases per 100,000 residents was up,  73 this week compared to 54 last week. The total number of people who have died from the virus was 1,102 on Wednesday. East Greenwich has 139 cases; there were no reported cases from schools in EG. Find the most recent data at the DOH data hub HERE.

Rhode Island is back on the quarantine list for Connecticut, New York and New Jersey and, according to Gov. Gina Raimondo at her weekly COVID-19 press conference Wednesday, that is largely due to the recent spike in cases among students at Providence College and a smaller spike among URI students.

As of Wednesday, there were 150 positive cases among PC students and 40 cases at URI. Raimondo called the PC situation an “active outbreak” but said the state “had a handle on it.”

“People were in relatively small groups but their groups were not consistent and they weren’t wearing masks or social distancing,” Raimondo said. “Let it be a reminder to all of us the consequences of letting our guard down and not following the rules.”

Many EG classrooms have been equipped with portable fans that are pulling the air out of the room (through that yellow tube in the far right window so it can be replaced multiple times an hour.

Raimondo and Dr. Nicole Alexander-Scott of the state Dept. of Health both addressed air flow in classrooms. Some teachers around the state have been asking for HEPA filters for their classrooms. Raimondo said while those work, they weren’t necessary.

There is a new tool on the RIDOH website that allows you to calculate the effectiveness of different systems. Find a link to the new tool HERE.

So far, there are around 70 cases among K-12 students and staff, more than half of those among students who are distance learning. There have been no cases cited in East Greenwich. School only started a 10 days ago and, with 100,000 students back in school, Gov. Raimondo said, “We will see cases. The key is that we contain the cases … so we don’t see the spikes, big outbreaks.”

Of talking during lunch when masks are off, Alexander-Scott there are fewer risks if there’s not a lot of talking. But she said schools can decide how to handle it. If a school decides no talking during lunch, however, they need to schedule in times where children can socialize.

Finally, about Halloween … Raimondo said she was still working on a plan for that, noting that CDC’s recent admonition against traditional trick-or-treating made things harder.

Noting she’d been getting pressure from her son, she said, “Believe it or not, this is a subject of great discussion. I want the kids to do some trick or treating.”