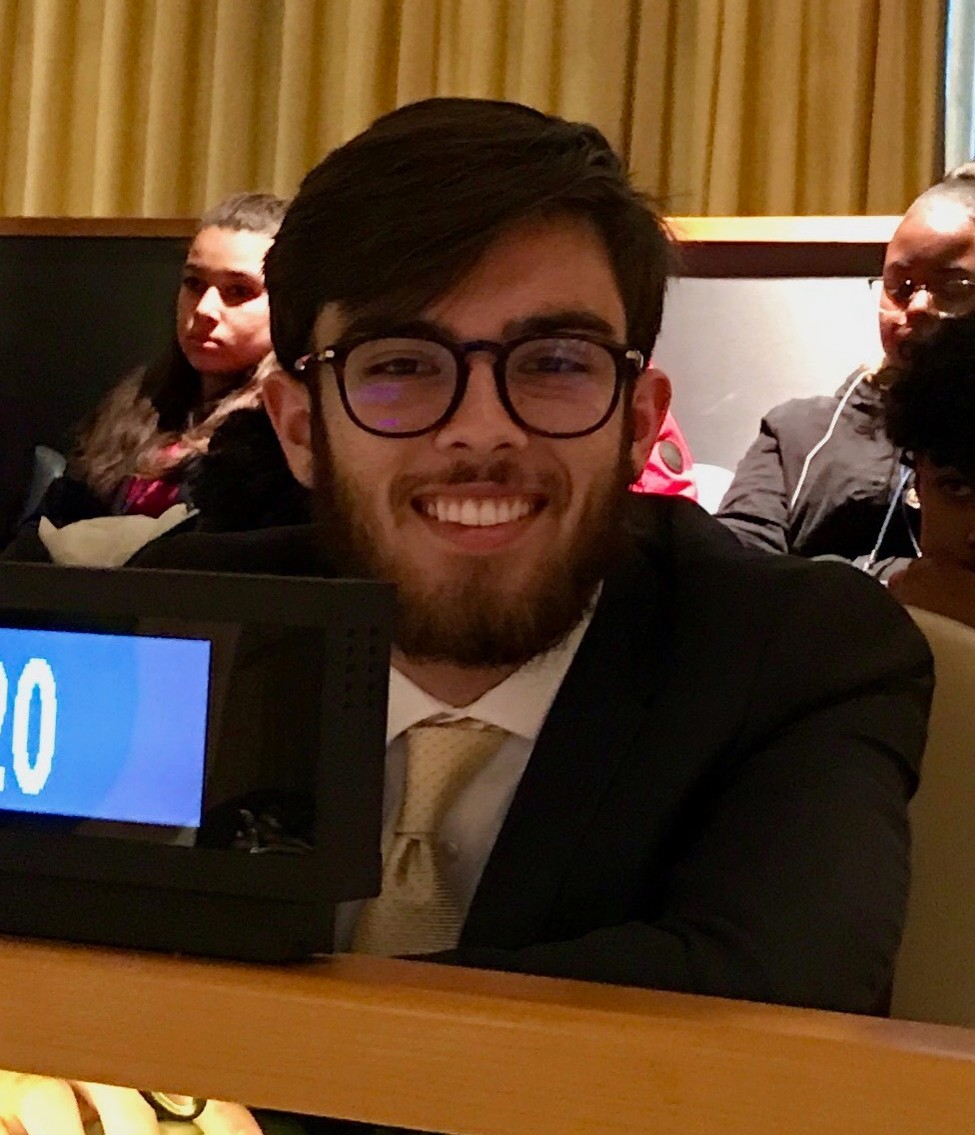 Grades and GPAs are the downfall of the public education system, detracting from the purpose of learning and fueling an unhealthy society of comparison and competition. At least, that’s Jack Holmgren’s view of it. As forward as it may sound, Jack learned the pitfalls of our numerical feedback system firsthand.

A passionate and successful student himself, Jack was stereotyped as top performing from a very young age. For him, being put into this category pressurized his educational experience. He said, “When you’re put on a track since seventh grade to be this top performer  through honors math and awards, the greatest pressure on you becomes your own pride, and you have to live up to that top performer label.” Entering high school, the pressure to perform only intensified. Jack’s older siblings were at the high school, so he felt slightly more knowledgeable and prepared than the average freshman, but he was still nervous. “Everyone always says, you know, ‘Next year is going to be harder,’ so I was definitely concerned about that as a freshman. I think a lot of people like me were too.” Nonetheless, Jack recalls his freshman self being extremely arrogant. He said with a small laugh, “I was not very kind. I was arrogant, very arrogant, and I think my arrogance developed from being a top performer. Everyone around me assumed that what I was saying was right because I had been deemed ‘smart,’ and because of this, no one ever checked me.”

His progression through high school, however, humbled him. After not doing as well as he had hoped in freshman year, he began sophomore year with an injured ego and a new approach to learning. Because of this, his perspective changed, specifically because of Mr. Kenney’s honors English class. “[Mr. Kenney’s class] was really important,” Jack said. “It was the first time we talked about philosophies of the world.” Each time Mr. Kenney would present a new philosophy, Jack would agree with its principles and take on that line of thinking. By the end of the year, Jack had shifted his personal philosophy from Romanticism to Modernism to Post-Modernism to Realism, all of which have vastly different beliefs and values.

“I asked myself, why was I so eager to jump from one philosophy to another?” he recalled. “And how could I have, if I was truly adhering to one philosophy?” He realized that while he had seen himself in all of the philosophies, he didn’t actually embody any one of them specifically. This realization prompted Jack to further explore philosophies and led him to Marcus Aurelius. Jack credits Marcus Aurelius’s Meditations to being foundational in his humility.

His philosophical transition assisted in changing Jack’s beliefs about grades and the structure of the school system. By the time he reached his sophomore year of high school, Jack realized the degree to which grades were detracting from his education. “I saw a lot of kids around me always worried about grades,” he said. “I thought that was very disheartening in my education. Not only does it teach you to solely care about the grade you receive, but also to use regurgitation to get that grade. Then, you don’t really learn anything.”

While he would have preferred to change the grading system as a whole, he knew this was unrealistic. As a result, he changed the one thing he could: he stopped sharing grades. He said, “I looked at the relationship of the people who shared grades. It’s a zero sum game, especially for higher performing students.” He reasoned that regardless of the grade he received, sharing it with others would only result in him and others feeling badly. In keeping his grades private, Jack motivated his learning process intrinsically instead of looking to his classmates for approval. Reflecting on his high school experience, Jack said, “I think a lot of that was missed in caring about grades. People saw high school, instead of being an opportunity to learn about yourself, about those around you, about your community, as a pathway to college and nothing more.” For him, his choice made school a more enjoyable and productive experience. While it might not sound like a radical decision, at EGHS his choice made waves and inspired others to follow suit.

Jack walking off the field after a football game.

Jack’s approach to college followed a similar line of thinking. With older siblings, the looming idea of college has been pressuring for him ever since he was a freshman. While no one outright put pressure on him to do well, Jack always felt an expectation to perform with the goal of college in mind. The process as a whole had always frustrated him. Jack knew that he could get perfect grades, have numerous extra curriculars and leadership positions, and still not get into certain schools. He said, “My parents always said It’s not about trying to win the lottery in terms of the college admissions process, it’s about trying to buy yourself a ticket. The lottery, like college admissions, is inherently about luck.” Knowing this, he spent most of his high school experience trying to find a balance between what colleges wanted him to do and what he wanted to do.

Once it came time to apply, Jack kept his cards to his chest. He kept his test scores along with the list of schools he applied to private, sharing his application with only a few trusted teachers. When asked why, he said, “I don’t share my SAT scores, I don’t share my SAT IIs. Even deciding where I wanted to go out of the schools I got accepted to, I didn’t share with anyone. The reason is I feel like it’s an extension of the same argument of why you shouldn’t share grades. And I think it’s even more important that you don’t share the college application process because it’s a much bigger decision to students, first of all, and, it involves so many other factors that are uncontrollable.” As a student labeled ‘high performing’, Jack knew he was expected to apply and be accepted to equally high performing colleges, whether or not those schools would be the best fit for him. Sharing the schools he applied to could add to the already excessive amount of pressure on other similarly minded students. “I would never want to perpetuate that stereotype for someone else,” he explained.

While he has refrained from sharing which school he will be attending in the fall, Jack intends to study political science, philosophy or economics. He hopes to spend the first few years of college exploring his interests and then later pursue his greatest passion. Surprisingly enough, Jack had initially planned on taking a gap year between high school and college to travel, but due to the virus, he has decided against it. “I’m probably one of the rare students who are now going the opposite way,” he said. As for his senior year being changed because of the virus, Jack doesn’t feel too bad. He’s never been a person to put much weight on tradition in general, and admitted that he probably wouldn’t have participated in many of the senior activities that had been scheduled. “I think it means a lot more to my parents than it does to me,” he joked.

Jack’s experience at the high school greatly shaped his perspective, and he’s extremely grateful for the teachers he had over the years for teaching him how to learn and be curious. “The biggest thing I took away was trying to explore my perspective on different ideas and explore other people’s perspectives,” he reflected. “I think the teachers did a really great job of showing us how to have a healthy discussion about differing perspectives. Most people never learn how to do that.” While he has no regrets looking back on his years at the high school, Jack does hope that students will learn to value the education they receive more than the numerical value associated with their success.

Good luck to all your future endeavors Jack! You will be missed!