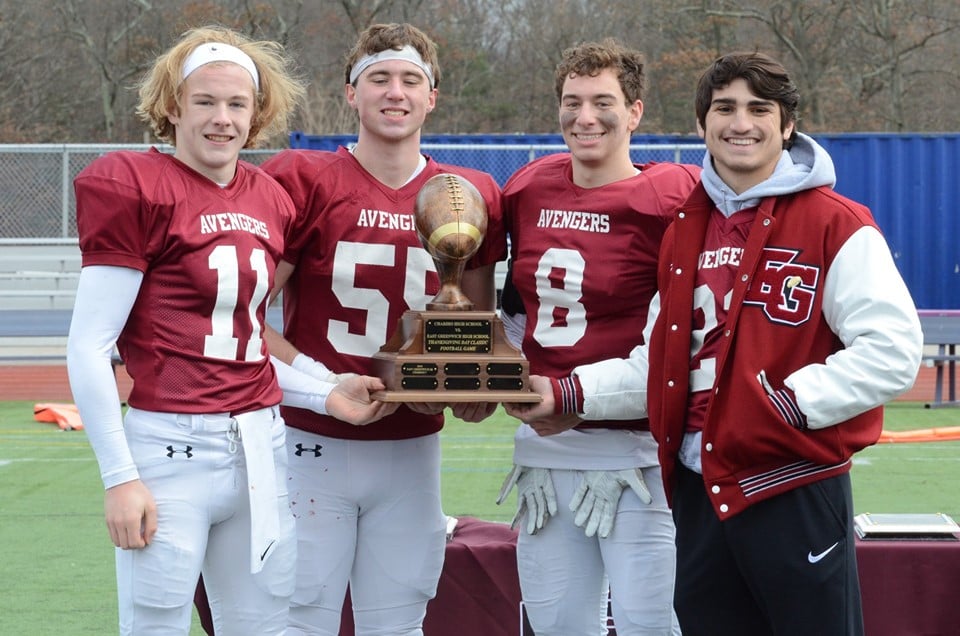 Josh Petteruti has always had a special kind of connection to the high school. His father, Stephen Petteruti, graduated from East Greenwich High School in 1979 as an All-American athlete. For freshman Josh, his father was an inspiration. “If anything, [going to the same school as my dad] was empowering. I felt like because my dad was successful, I had that ability in myself too. I would just have to have the work ethic and drive to do it.”

As a freshman, Josh was a dedicated and focused student. His goals were set on Ivy Leagues and law school, dreaming of becoming a successful lawyer with dramatic courtroom one-liners. He said with a laugh, “I was the ultimate try-hard. I wanted all of my teachers to love me. I was super enthusiastic about making a good impression on my teachers and I thought that my life would be decided by the letters of recommendation they wrote me.” While he doesn’t think there was anything wrong with this mindset, he does believe that it held him back as an individual. “Freshman me was opposed to all the fun things that high school offered,” reflected Josh. “I thought that resisting all temptations of fun would automatically make me successful, and I was judgmental of people who chose a different path.”

During his time at the high school, though, his perspective began to change. Through interacting with his talented classmates and teachers, Josh felt humbled and more intrinsically motivated. Josh became fascinated with British-American philosopher Alan Watts after emerging from his stressful junior year. Watts inspired Josh to stop taking life so seriously. Josh said, “In some ways, I felt robbed of time. I had a great GPA by the end of junior year, but I hadn’t had many fun experiences to look back on.” Because of this, Josh began putting more stock in living in the present and enjoying the people around him. “I started to take a nihilistic approach to humanity in general,” said Josh. “Our existence here is so minuscule. There’s no reason to be judgmental. There’s no way to rationalize everyone’s decisions because we all are motivated by different factors.” Even so, Josh still feels like his work ethic during his first three years of high school was necessary. Ironically enough, the academic cushion he earned through his dedication to school allowed for him to enjoy life more as a senior.

That isn’t to say Josh never did anything fun before senior year. Throughout his time at the high school, Josh participated in many different clubs. He was actively involved in drama, newspaper, and Future Business Leaders of America (FBLA). On top of that, Josh co-founded a Model United Nations (MUN) chapter at EGHS. These experiences greatly changed Josh as a person, and he credits them with giving him a more open approach to the world. He said, “All of the clubs I did, but especially MUN, were extremely productive experiences, teaching me both information about the club’s content but also new perspectives. Any time you have an opportunity to take a bus off campus, it opens so many doors for what you can accomplish.” Because of this, Josh hopes clubs continue to be a priority at the high school, and that field trips become more greatly acknowledged as fundamental parts of all students’ learning experiences. “Field trips give you experience and life knowledge that you can’t always get in your sheltered classes at the high school. Having the ability to see new places and meet new people allowed me to grow and change in ways that I otherwise may never have.”

When asked about his approach to college, Josh revealed that for most of his high school career, he didn’t think of himself as a good enough student to aim for the country’s top universities. However, this all changed when he received the results of his first SAT. Once he saw his exceptional score of 1560 out of a possible 1600, Josh was inspired to reach for higher schools. At first, this meant setting his sights on MIT. “I started talking with the football coach there, and I became one of their high-interest recruits,” recounted Josh. However, after injuring his shoulder during his fall football season and facing unforeseen challenges with his application, Josh realized that MIT wasn’t worth it.

Once it came time to send out his regular decision applications in January, his brother offhandedly told him to apply to a school in southern California. Josh took his brother’s advice, and soon after, he was asked to interview with the school at their scholar’s weekend. Unsurprisingly, the interview went well, and Josh was one out of 10 students selected as scholarship recipients. This fall, Josh will be studying civil engineering at Loyola Marymount in Los Angeles on a full ride.

For Josh, his future remains uncertain. The pandemic has allowed for him to think about the state of his life and reevaluate the things that are important to him. While he’s disappointed that he won’t be able to finish his senior year in the way he had imagined, Josh isn’t taking the blow too harshly. “It’s not ideal, but I think everyone is doing what they can to make the best out of unfortunate circumstances,” he said. Josh hopes to still be able to attend school in the fall, but he has yet to hear a definitive answer from his school. As for his intentions after college, Josh just wants to be happy. His goal is to find a job that he loves, so that everyday he can wake up with a purpose. “I don’t want to look for happiness in certain objectives like getting a graduate degree or making a ton of money. I’d rather focus on feeling productive and passionate about my work. Whatever that means to me is what I’ll do.” For now, his goals are centered around finding a career in a science field that will foster his passions, while still having the freedom to spend time with family and travel.

Josh believes East Greenwich High School to be largely responsible for his success. He thanks the school’s teachers and staff for guiding him through his last four years of education. “The teachers, they’ve taught me how to be human, how to make relationships and learn from others,” reflected Josh. “Without them, I never would’ve seen the full potential of myself.” Specifically, Josh credits English teacher Mr. Kenney with inspiring him to step out of his comfort zone and is extremely grateful to have taken his class. While the courses at the high school are rigorous, Josh believes that EGHS has given him a newfound sense of confidence in his abilities and has fully prepared him for the next chapter in his life in college.

Congratulations on all of your accomplishments Josh! Best wishes for you in the future!