Vigil: Give Peace a Chance 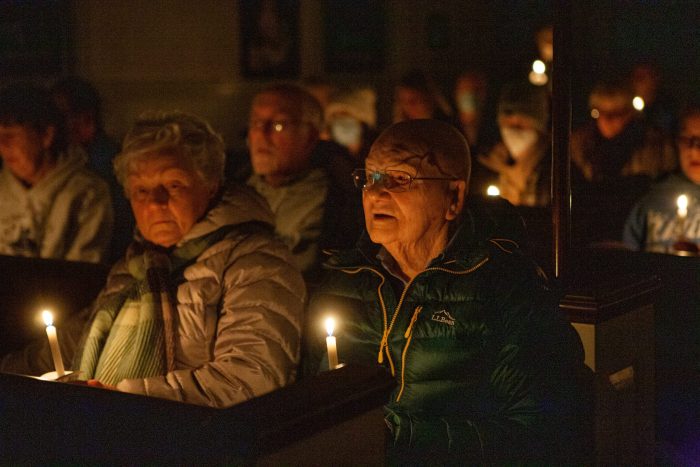 Above: Participants hold candles during the vigil for Ukraine. Credit: Mae Gammino

The terrible events transpiring in Ukraine can feel like a world away. On Friday night, Bob Houghtaling, Pastor Linda Forsberg, former refugee (and Congressional candidate) Omar Bah, and students from EGHS worked to make that distance feel a little closer, during a vigil at the First Evangelical Lutheran Church.

Forsberg encouraged participants to work toward peace, starting with individual actions. Recounting an experience with Buddhist monk Thich Nhat Hanh, Forsberg told how a few hundred attendees of a conference with the monk followed him through downtown Boston, in silence, to the Common with nary a complaint from those stopped by the marchers.

Houghtaling introduced Bah, who spoke of how he came to the U.S. 15 years ago from Gambia after his journalism got him detained and tortured.

He encouraged everyone to understand they could make a difference. For Bah it was to found the Refugee Dream Center in Providence. When it comes to refugees, he said, “There’s no us and them.”

EGHS student Kevin Kidd encouraged everyone to “go in peace.”

After participants sang a few songs, the vigil ended in candlelight, as one person passing the light to another and to another. 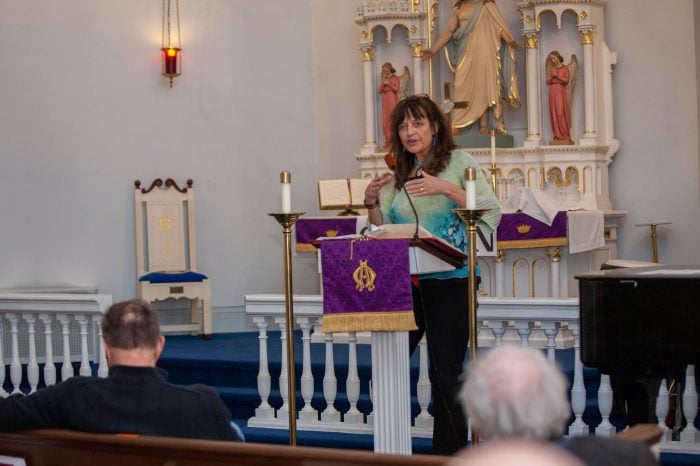 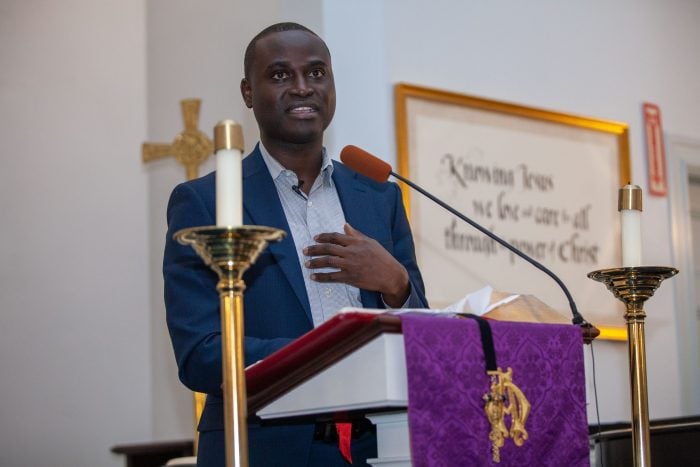