Charles Callanan filed a complaint last week over a press conference including three of the new Town Council elect, saying it constituted a quorum and was, therefore, in violation of the Open Meetings Act. Here is the full video of that conference, which included councilors-elect Mike Donegan, Renu Englehart and Mike Zarrella, interviewed by RI Future’s editor, Bob Plain, and myself. Plain and I had been at the Town Clerk’s office researching previous Town Councils; Zarrella, Donegan and Englehart arrived as we were leaving. It was Plain’s idea to hold an on-the-spot press conference. We chose Town Council chambers because it was unoccupied and quiet. 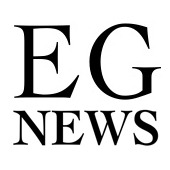 The first question – cut off here – asked if the councilors-elect were surprised at the election outcome (in which five Democrats won, something not seen in at least 50 years, if ever, in East Greenwich).

Notes:
1. In the video, I say there has not been a single-party Town Council in 50 years. That was hugely incorrect – five Republicans have made up the Town Council as recently as the 2012-2013 council.
2. The video was shot on Friday, Nov. 9, a couple of hours before knowledge of Finance Director Linda Dykeman’s resignation.