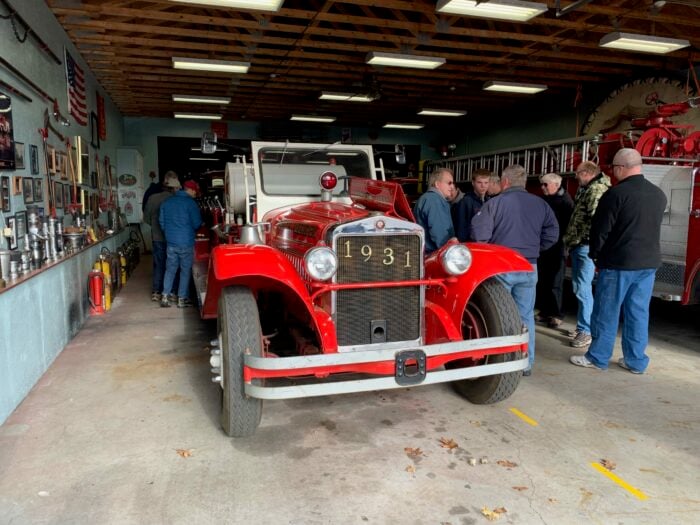 Above: The Ahrens Fox parked in the EGVFA Museum garage.

It was an emotional moment when the Ahrens Fox fire truck turned into the parking lot at the East Greenwich Veteran Fireman’s Association parking lot Saturday (12/10/22) after a 60+ year absence. The truck spent the last several decades in South Meriden, Conn., where it first was used in fighting fires, as it had during its years in East Greenwich (1931 to 1958*), then shifted to parade and ceremonial duty.

East Greenwich was able to get the truck back because South Meriden didn’t have the room for it anymore. With the EGVFA Museum’s large garage, the Ahrens Fox had a home to return to, along with a bunch of very happy former volunteer firemen to welcome it back. Michael Procopio looks over the truck. 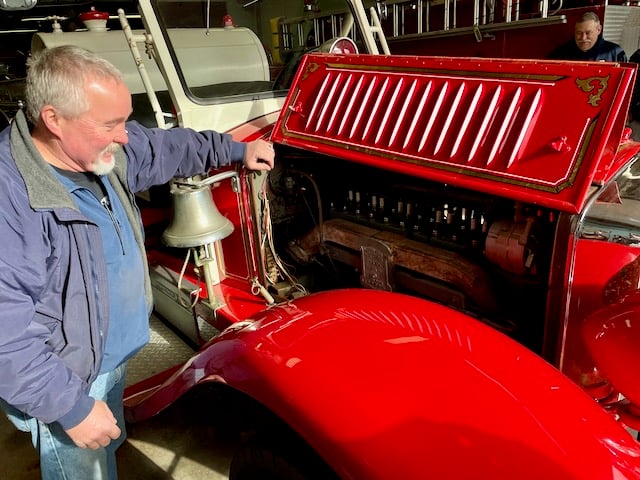 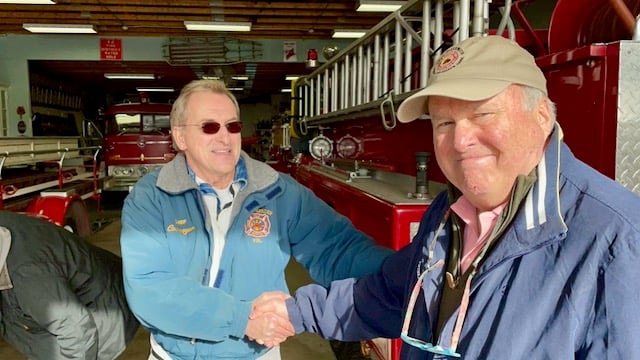 James Cournoyer from the So. Meriden Volunteer Fire Dept. of Connecticut with Bob Farrell of the EGVFA Museum.