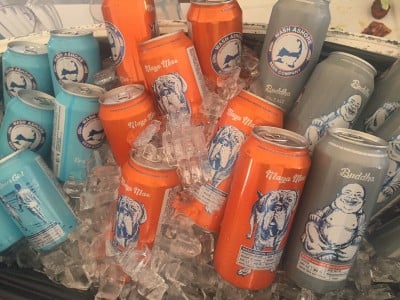 East Greenwich, R.I. – The Verdi family is passionate about Rhode Island. Chad Verdi brought Hollywood to the state a little over a decade ago, when he decided to get into the film-making business. Since then, the company has produced 21 movies, including heavy hitters like “Bleed for This” (about Vinny Pazienza) and worked with Martin Scorcese. Their latest film, “Vault,” opening at the Showcase on Division Street June 7.

‘”Vault” is based on the true story about infamous Rhode Island mafia boss Raymond Patriarca Jr. and a $30 million heist (watch the trailer here). The movie was filmed entirely in Rhode Island.

Because of all the local connections, perhaps it’s no surprise the movie’s opening night is taking place at the Warwick Showcase on Division Street. The Verdis maintain an office on Main Street in East Greenwich (in the former Methodist Church building) and Chad and Michelle Verdi raised their three children here. They have since moved to Martha’s Vineyard, but Chad (junior) is running the Rhode Island part of the business, which includes Wash Ashore Beer Company.

“This is our fourth year in business. We used to brew in Maine but we moved to The Guild in Pawtucket in February 2018,” he said during an interview at the Main Street headquarters.

Wash Ashore, brewed with all organic, non-GMO ingredients, moved to Rhode Island after the Verdis invested in the company and because The Guild offered such a great operation, Verdi said. Several different beer makers use its space, which includes a beer hall and a soon-to-open event hall.

“As Rhode Islanders, we want to be very focused in Rhode Island and to bring as much business to Rhode Island that we can,” Verdi said. “And we found a great opportunity with The Guild. They do such great work there.”

It’s a booming time for beer making in Rhode Island and Verdi acknowledged that there are a lot of good beers out there. But he said Wash Ashore is designed to attract serious beer lovers.

“We want to be that niche market,” Verdi said. “That connoisseur of beers is going to come looking for us and say, ‘This is what I’m drinking from now on.’”

He said moving the beer making in Rhode Island was a way to lean into the family’s strong network.

“For us it’s important that we go to our roots, go to the people who have been supporting us for years, develop these strong connections with them, and let them know, “Hey, we want to stay here and we need your help with that.” 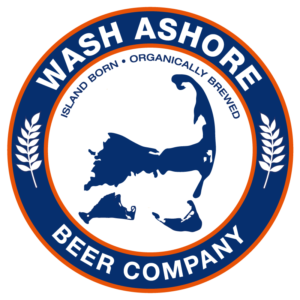 To that end, you can find Wash Ashore beers at Thorpe’s, The Savory Grape and Town Line Liquors, as well as at a number of restaurants around the state, including La Masseria and Cafe Fresco in East Greenwich.

As for Verdi Production movies, there will be more, including children’s movies and ones with that Rhode Island angle.

‘We’re always looking to do work in Rhode Island,” said Verdi. “Rhode Island has so many stories to tell.”