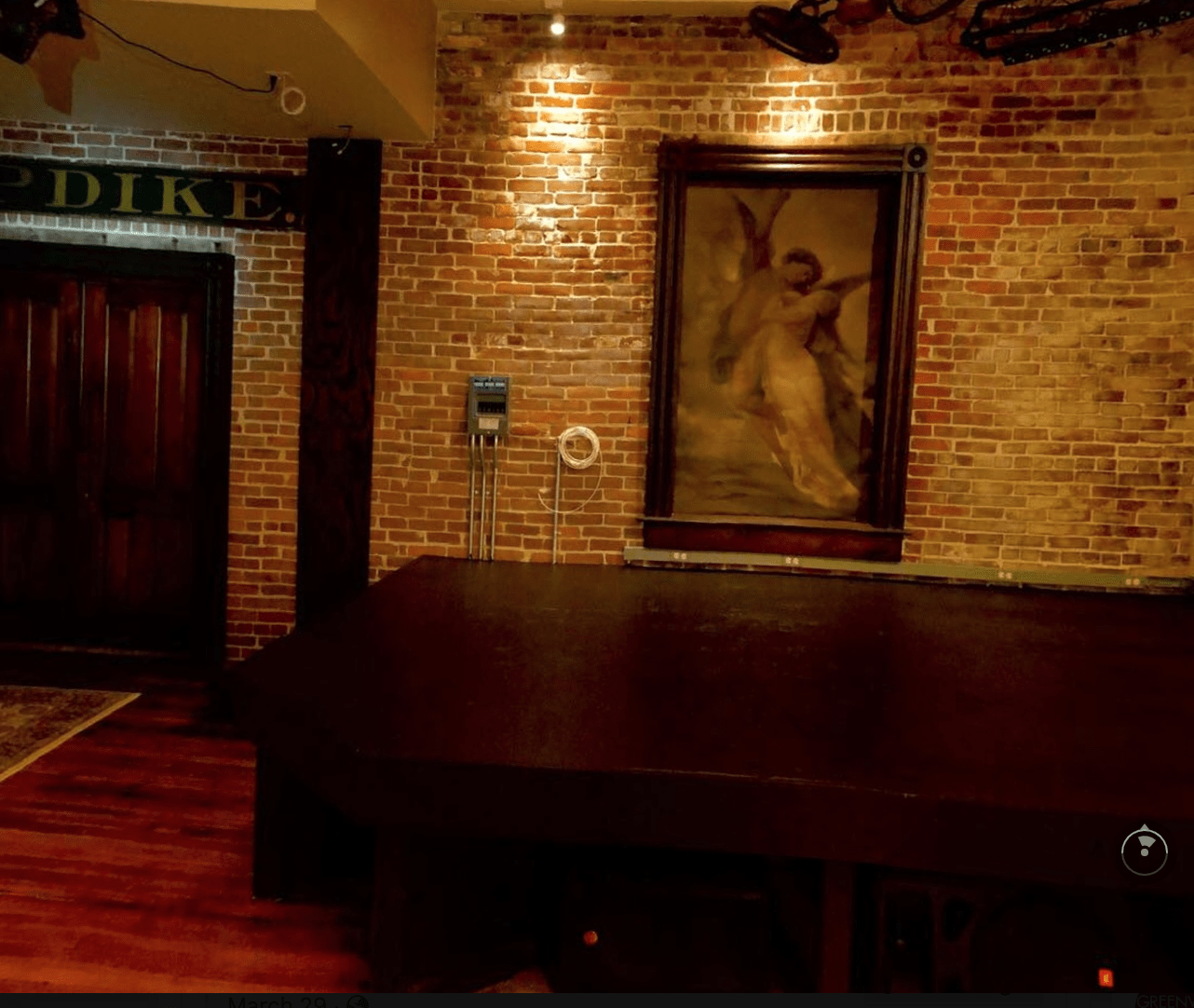 This weekend, you can catch pianist Nick Lancellotti performing there, on Facebook Live

In the midst of this pandemic, every little bit of good news is welcome. The long-awaited renovation at the Greenwich Hotel of a performance space now officially known as the Updike Room is just plain great news, pure and simple.

If you’ve been to the bar at the Greenwich Hotel – and if you haven’t, do yourself a favor once this shutdown eases and GO – there’s a room beside it that’s been frozen in mid-renovation for many years. It’s a pretty good size space, far larger than the area at the front of the bar, by the windows, where performers have traditionally played. Just back in December, The Sliding Capos played at the bar to a standing-room-only crowd. Standing room only meant bumping up against the musicians as you made your way across the room. It was a blast, but it was tight. Sliding Capos’ Hub Brennan had a vision.

That night, after the crowd had thinned, Brennan made an offer to hotel owner Joann Joseph: Let us fix up that space. Just say yes and we’ll take care of it.

The Sliding Capos were reborn about a year ago at the Greenwich Hotel (read more about the Sliding Capos origin story HERE). So Brennan knew what he was doing when he promised Joseph to get the job done. He turned to Sliding Capos frontman Gary Brisco, a contractor when he isn’t singing, and Brisco, together with Brennan, Paul Petit and Alan Gianfrancesco, got to work.

“I was there for nine weeks. It was a big effort on a lot of people’s parts,” said Brisco. “It was more work than I had anticipated. It’s like the birth of a child – it’s beautiful and it’s special.”

The mural hanging behind the stage? It had hung in the hotel 100 years ago (back when it was the Updike Hotel). They found it in the basement. And they found the original Updike Hotel sign so they hung that over the loading dock doors to the left of the new stage.

“Hub ordered lighting and we built the stage – all of a sudden there it was,” said Brisco.

“I’m really excited about the room,” said Joseph. “It’s been a 15-plus-year project. I’ve been working on different areas with that room being last as I needed to fix other areas before I could even get to it.”

Joseph’s cancer diagnosis in 2011 stopped everything for a while and it was slow going afterwards. The offer to renovate the space in December was a godsend. “I’m really humbled and grateful for all their hard work,” she said.

The irony, of course, is that the space is ready but no one is allowed to come in because of coronavirus restrictions.

Well, not nobody exactly. Five or fewer. That’s how this Sunday pianist Nick Lancellotti will perform there live on The Sliding Capos Facebook page at 7 p.m. as part of the Updike Room Livestream Series. The idea is to bring people together in the midst of the COVID-19 pandemic “for an evening of musical brilliance,” as their Facebook page promises.

There may be more of these livestreams before the space can be used as it was intended to be used. Brisco and the rest of The Sliding Capos will be ready.

“We’re just so looking forward to our performances there and other artists too,” Brisco said. Find the Facebook livestream HERE.