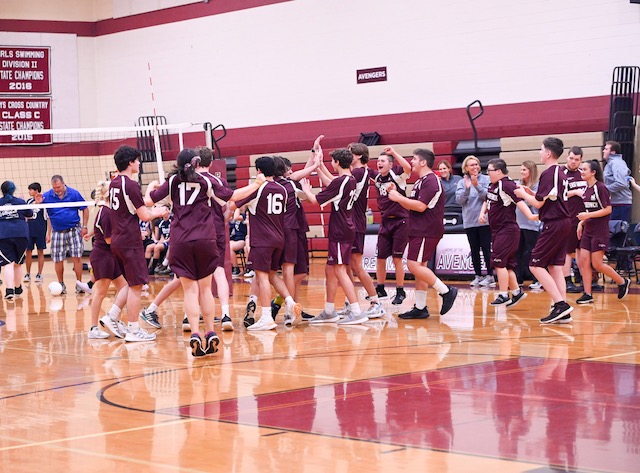 Above: The team celebrates the win. Photos by Chuck Nadeau (chuckn.com).

My editor likes to get the game results out of the way so … the Avengers won the match but it was no easy feat with the Bulldogs winning the second set. The game scores were a nail-biting 25-19, 25-20, and 26-24.

The first thought I had when I went into the gym and saw the kids was, “It’s been three years that I’ve been taking pictures of them’. Then after seeing them in action, my thought was, “How improved they are.”

One player caught my attention. When I first saw her two years ago, she would only stand on the court and not move or show any emotion. Now she was engaging with the game, hitting the ball over the net, and showing emotion. This is not the only reason that these kids improve, but judging by the looks on their faces when they won the match, it’s the most important thing.

“The captains really pulled through to get the team over their first real challenge,” said Shaughnessy. This year’s captains are Leo Caldor, Matt Carosotto, Mia Schenenga, and Oliveia Shaughnessy.

“They were true leaders,” she said. “Our team got very nervous after they lost that second game. The captains calmed the team and led them to a win.”

She noted Carosotto’s “very consistent” serves and hits as pivotal, as well as Caldor’s match-winning hit.

Shaughnessy also noted juniors Ryan Fay, Alex Gendron, Sean Giannelli, and Blake Patorsky for running down and diving for every point. “They just hustled,” she said.

The undefeated team (4-0) faces North Kingstown at home for Senior Night on Tuesday (10/11). 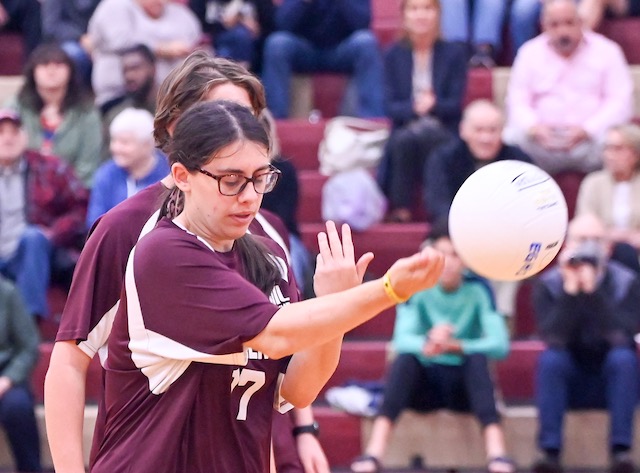 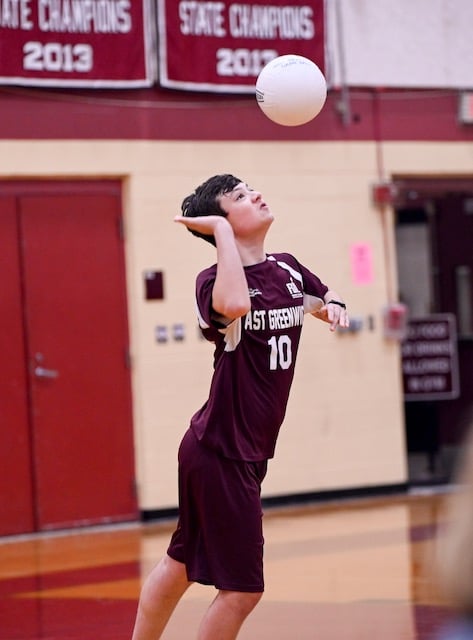 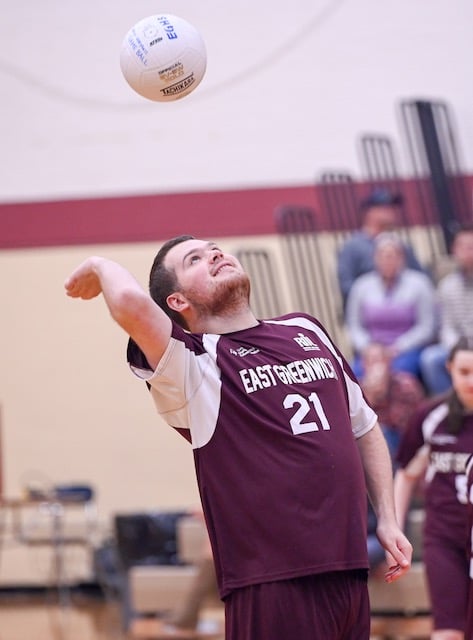 Kyle Cusick goes up for a serve. Photo by CN 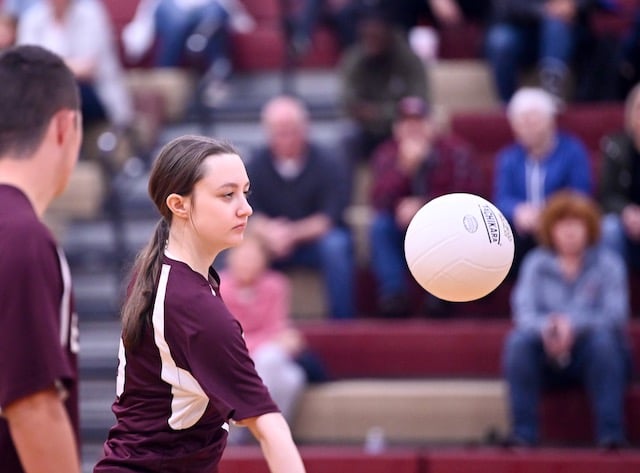 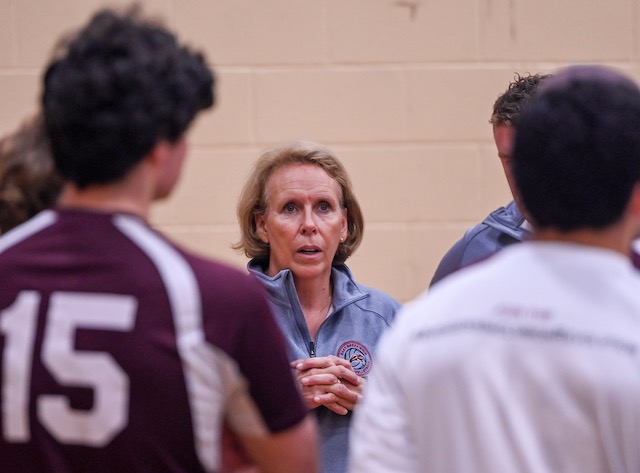