‘Under God’? Not for This EGHS Student 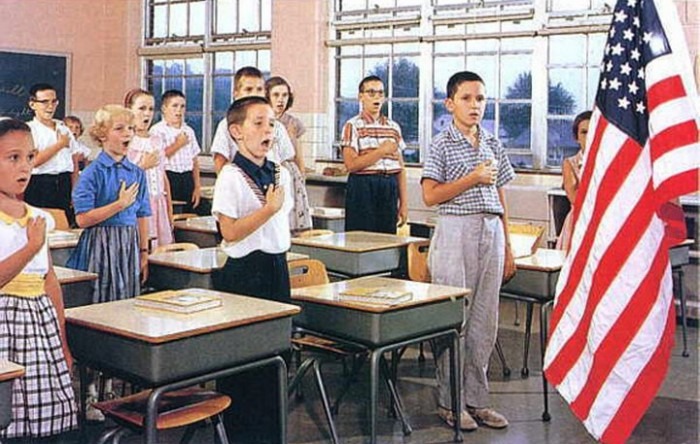 The Providence Journal has published at least three letters to the editor in recent days from students of Mr. McPartland’s Current American Issues class, including one on littering by Nicole Padrazo and one on moving Election Day to the weekend by Lev Simon.

It was a class assignment: to submit a letter to the editor and see if it gets published.

In Tuesday’s Providence Journal, there was another letter from one of McPartland’s students, this one about the two words “under God” in the Pledge of Allegiance.

Students from kindergarten through 12th grade recite the Pledge of Allegiance every morning, often out of habit. But for senior Noah Barreto, those two words in the pledge – under God – started to sound wrong starting in about eighth grade, he said.

Instead, as he wrote in his letter, “wouldn’t it be more accurate to say, ‘One nation, under infinite gods”?

Barreto is not looking to start a fight. When students recite the Pledge of Allegiance each morning at school, he recites the pledge too, simply omitting those two words.

He is aware the words “under God” were added in 1954. The idea of “God,” per se, isn’t his issue. It’s just that he doesn’t want the pledge limited to one god. And he wants people to think about what they’re saying, no matter what they believe.

“I’m just someone who wants to provoke people to think,” said Barreto. “I’m not hear to impress my beliefs on you. It’s all just about thinking, that’s all it is.”