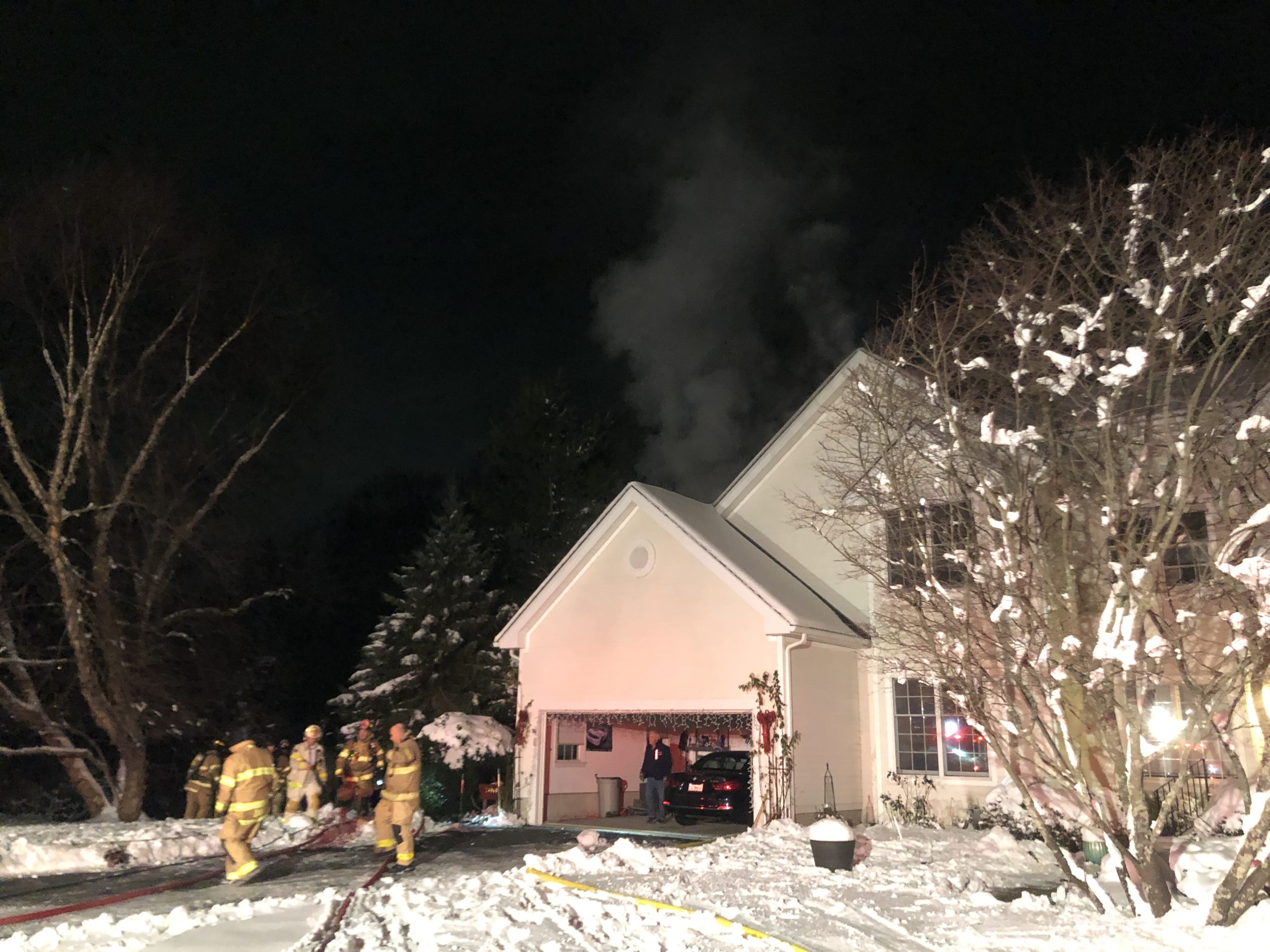 The fire began in the walkout basement at the back of the house here.

The resident heard a sound like an avalanche and hurried to look at what it could be late Saturday afternoon. All the snow from the backside of the roof had fallen. Then she smelled smoke and alarms started sounding.

The three human occupants of the Sanctuary Drive residence (one unit of a triplex) got out safely and firefighters were able to knock down flames coming from the walkout basement at the back of the house. But the family dog did not get out. According to EGFD Chief Bernie Patenaude, the dog perished in the fire.

The fire was “going pretty good” by the time firefighters showed up, Patenaude said. The call came in around 5 p.m. In addition to EGFD, firefighters from North Kingstown and Warwick were on the scene; Coventry firefighters covered for EG.

State and local fire marshals were there but unable to investigate the walkout basement, where it appears the fire began, because it was unsafe. “The floor trusses [between the basement and first floor] had burned out and the ceiling will eventually come down,” Patenaude explained.

The residents had to evacuate their home but residents of the other two adjoining homes were able to remain.

Checking for any remnants of fire at the Sanctuary Drive house fire.