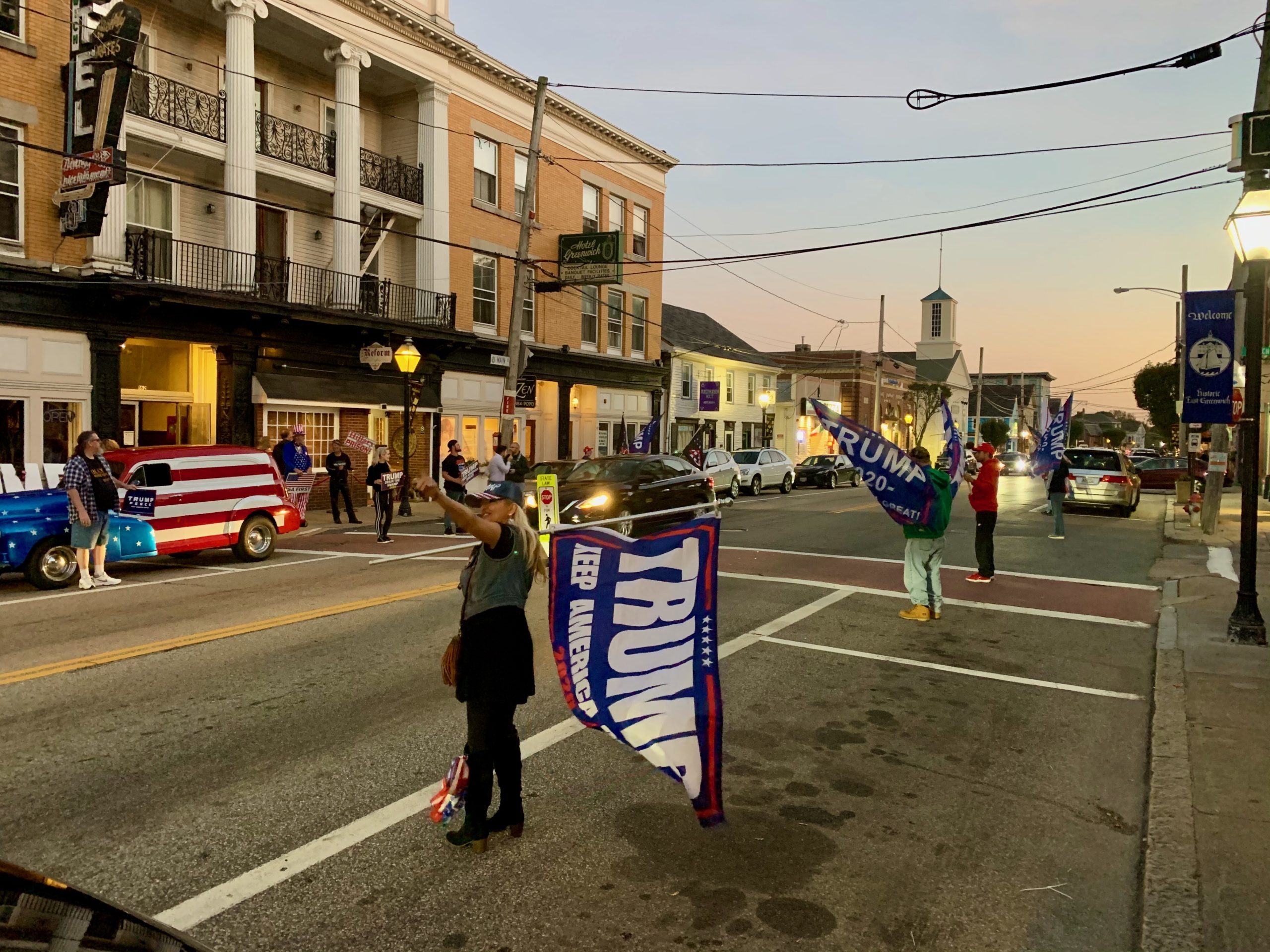 East Greenwich may have turned blue in recent years, but supporters of President Trump have been making their presence felt in recent days. First there was the honking Trump car parade through downtown last Sunday morning. Then a group of around two dozen Trump supporters gathered for what Cranston resident Keith Traversie said was a “Trump stand and wave” on Main Street Thursday evening.

Traversie said they were there at the invitation of a local Trump supporter who he declined to identify except to say she was an EG business owner.

“I think Trump is the man,” said Traversie. “He’s doing a lot of great things for the country and I believe he really cares about the country, unlike Biden does.”

“You have to support Trump,” said Bobby Nikolopoulos of Smithfield. “It’s now between right and wrong. It’s not even about candidates anymore…. [In East Greenwich today] we got a lot of support. We were overwhelmed with the positivity from a lot of the locals here. We’re really excited about that. I really think Rhode Island is going to flip.”

Organizers set up in front of the Greenwich Hotel on Main Street Thursday evening.

Nikolopoulos and Traversie, together with a couple of others, have been organizing a number of Trump events around the state, including what they called a “Trump Train” (i.e. car parade) planned for Nov. 1.

“I really think all Republicans, even if they don’t like Trump personally, they are going to look at what the country needs and look at his agenda and decide if that’s right for Rhode Island and the country,” said Nikolopoulos.