Trojan Gets 7 Years for DUI Death of Patty Daniels 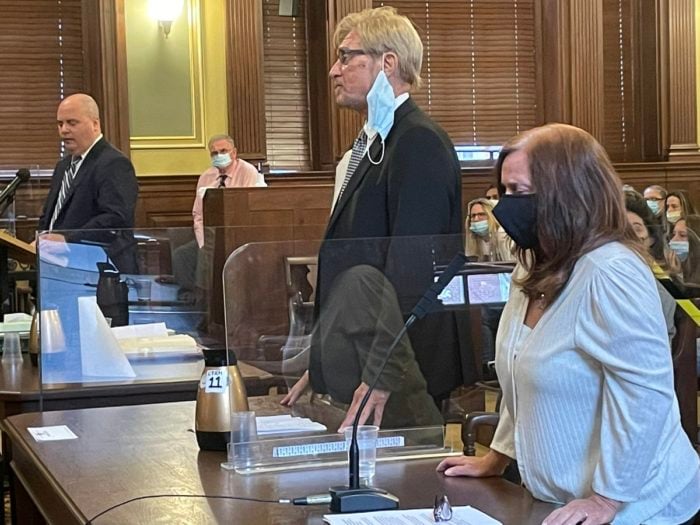 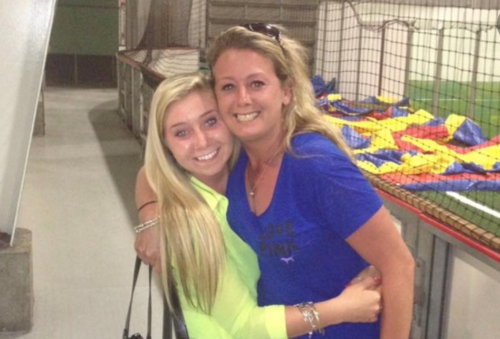 Patty Daniels, right, with her niece, Reagan Singh. It was Singh’s wedding Daniels and others were driving home from at the time of the crash.

On Monday, more than two years after Barbara Trojan of North Kingstown early Sept. 7, 2019, crossed into oncoming traffic on Frenchtown Road and hit a car carrying Patty Daniels and three others, resulting in Daniels’s death, Trojan was sentenced to seven years in prison, with five years probation, and two concurrent three-year sentences of home confinement following her release.

The state Attorney General’s office had sought the maximum allowed under the plea agreement, 9 years.

Five members of the Daniels’s family spoke before the sentencing Monday: brother-in-law Thomas Vallese, sister Marie Vallese, sister Rosann Daniels, niece Tina Ash, and Ajay Singh, all expressing their sadness and anger about what happened happened to Patty on an evening that had begun with great joy – the wedding of Daniels’s niece Reagan to Singh.

“I’m truthfully so happy with the sentence,” texted Reagan Singh after the sentencing. “No amount of time she spends in jail will bring my aunt back, but it’s so relieving to know that the judge that worked my aunt’s case was compassionate and understanding to the point where he was able to see behind [Trojan’s] constant excuses and [her] zero remorse for my suffering family.”

Daniels, who was 46, grew up in East Greenwich (EGHS Class of 1991); she lived in North Kingstown and worked at the End Zone Pub at the time of her death.

According to Assistant Attorney General John Corrigan, Trojan had accompanied her common-law husband, John Bruskie, to the American Legion Post 15 on Main Street in East Greenwich the night of Sept. 6, 2019, as she typically had done. Bruskie played poker there on Friday nights.

Video from the Post of that evening, obtained by the East Greenwich police, recorded Trojan drinking 10 beers and a portion of a mixed drink between 6:30 p.m. and midnight. The video showed signs that Trojan was impaired, “such as stumbling to the bathroom, swaying back and forth, and using the chair and the wall to keep her balance,” Corrigan wrote in his pre-sentencing memo to Superior Court Judge Daniel Procaccini (AG’s Trojan sentencing memo). Just before midnight, Trojan could be seen having trouble putting on her coat, swaying into a chair in the attempt. Bruskie stepped in to assist her.

Richard Montini, working in the kitchen at the Post that night, told police he thought Trojan appeared “tipsy,” and he told Bruskie he thought Bruskie and Trojan should leave together (they had arrived in separate cars). Bruskie replied that Trojan would go home with him but, instead, Trojan and Bruskie left in their own cars, traveling via Frenchtown Road westbound.

Meanwhile, Daniels was in the back seat along with her boyfriend, Bruce Bartels, of an Infinity SUV heading east on Frenchtown Road, coming from the Valley Country Club in West Warwick, where the Singh wedding reception had been held. The car was being driven by Daniels’s sister Donna, and Heather Lee was sitting in the front passenger seat. Donna Daniels had been chosen as the designated driver that night.

A witness to the crash told police Trojan’s vehicle, a Volkswagan, crossed three lanes before hitting the Daniels’ vehicle and showed no signs of braking before impact.

According to Corrigan’s memo, as Donna Daniels passed the Park-and-Ride, she exclaimed, “Oh my God, they’re gonna hit us,” and veered to the right, hoping to avoid the crash. Trojan’s car hit the Infinity, causing that car to skid, turn approximately 270 degrees and flip on its left side.

In the crash, Patty Daniels suffered fatal injuries. She was kept alive an additional four days to serve as an organ donor, with her actual death on Sept. 11. Bartels suffered traumatic head injuries and spent four days at Rhode Island Hospital. Lee sustained cuts, bruising and glass in her feet.

Trojan’s car continued to travel the wrong way across the eastbound lanes of Frenchtown Road, coming to rest after hitting a guardrail. She was taken to Kent Hospital, where a warrant was obtained to get a blood sample. The sample showed that 90 minutes after the crash, Trojan’s blood alcohol level was .225 percent, more than three times the legal limit of .08 percent. This was Trojan’s first arrest. She pleaded no contest in July.

Trojan’s lawyer, Robert Testa, in his pre-sentencing memo (Trojan Sentencing Statement), said Trojan’s life had been a “living hell” since the accident and that she deeply regretted her actions. He noted Trojan, now 62, has epilepsy, hepatitis C and depression, and that she had lived a law-abiding life “replete with love and compassion” before the accident.

“This woman is not a criminal, but a victim of the consequences of one bad choice,” Testa wrote, asking for a sentence of three years to serve and three years of home confinement.

Prosecutor Corrigan painted a different picture of Trojan, one Judge Procaccini echoed in his remarks before he announced the sentence.

“While all such cases are preventable, the background of this case shows just how preventable it was,” Corrigan wrote in his memo. “There were people who saw [Trojan’s] condition before she departed and who expressed concern…. Her husband assured one person that Trojan would be going with him. She had alternate means of departing the Post that night, but she did not avail herself…. Instead, she took her own car…. This was no mere a roadway mishap by someone who had an extra glass of wine at dinner. Rather, it was to all appearances under the evidence available to the state a car ride doomed from its inception, without excuse or compunction.”

Corrigan said Trojan claimed to have no memory of being at the bar that night or of driving home. He said she attempted to attribute the collision to a seizure but she admitted her doctor did not concur, and that she also questioned the validity of her blood alcohol level and accused the police of editing the bar video. Even if Trojan had had a seizure, Corrigan noted, the law makes no allowance for that, given her blood alcohol level.

“[Trojan] is trying to deny the role played by her excessive drinking and driving in the death of Patty Daniels and the injury of Bruce Bartels and Heather Lee,” wrote Corrigan. “While the defendant may have led a seemingly law-abiding life, she is before the court because she planted herself at a bar for five-and-a-half hours, consumed alcohol and drove. She now faces sentencing offering tepid remorse and only token contrition. As it stands the potential for rehabilitation … weighs against her.”

In addition to Trojan’s prison and home confinement sentences, Procaccini ordered alcohol counseling and to have a breathalyzer placed in her home during the years of home confinement, where the ACI will be able to call the Trojan at random times to request that she blow into the instrument for a reading of her breath alcohol.

The family of Patty Daniels has also sued Trojan in civil court, along with American Legion Post 15, for wrongful death. Trojan, meanwhile, has filed her own suit against Post 15, accusing the post and its members of have sole responsibility for the crash.

The post, meanwhile, lost its liquor license shortly after Daniels died and has since sold the building, which is slated to be replaced with condominiums.

For family and friends of Daniels, the sentence Monday had been long in coming. Daniels’s supporters wore “Justice for Patty” t-shirts in court and signs with the same message had cropped up on various roadways around East Greenwich in recent months. According to the Attorney General’s office, the delay was due in part to the COVID-19 pandemic, which closed courts for months and slowed proceedings across the board.

In a particularly grisly deja vu, Trojan’s partner, John Bruskie, was himself convicted of causing the death of a passenger, Kim Quigley, while driving while drunk in Hope Valley in 1984.

Trojan will be taken into custody Nov. 29. 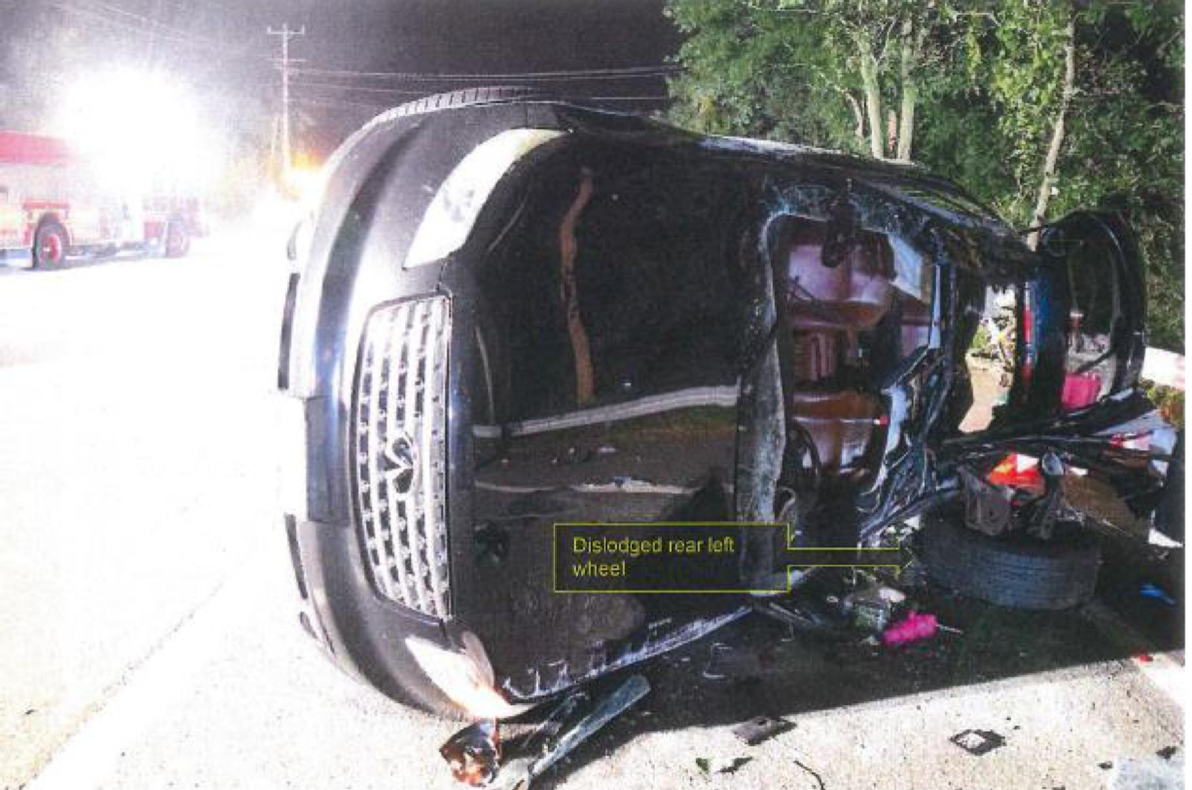 The car Daniels and three others were in came to rest on its side after it was hit on Frenchtown Road.

Find past stories about this case below: 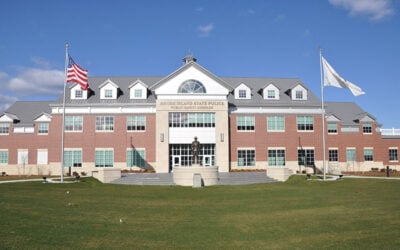 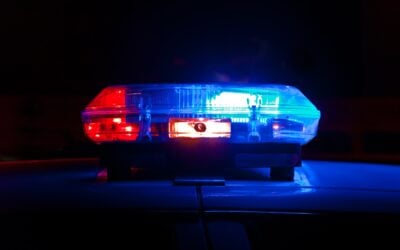