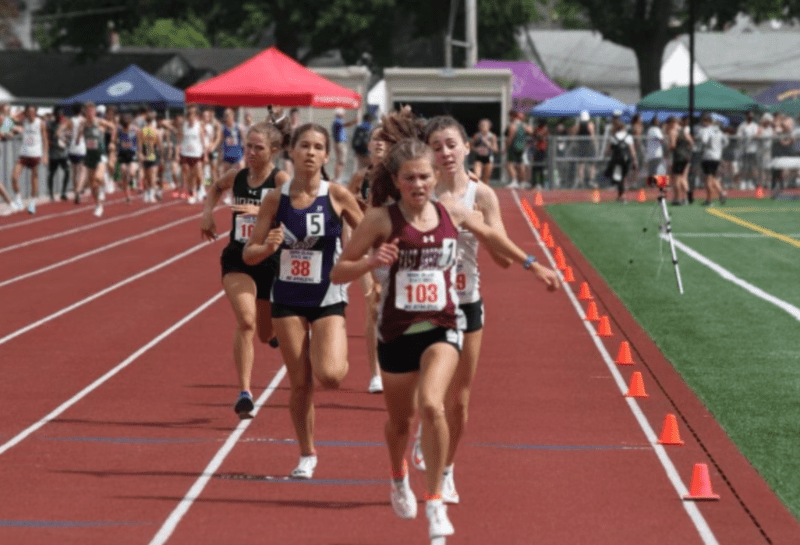 Above: Rylee Shunney leading the pack during Saturday’s 800m state final. Shunney went on to win. Photo by oceanstaterunning.com

The EG Track and Field teams competed in States over the weekend, with several strong finishes for the Avengers, including a first-place finish for sophomore Rylee Shunney in the 800 meters (2:18.01). Shunney had been struggling with a cold earlier in the week but pulled out all the stops for States, pulling off a third place finish in the 1500 meters too.

“This was a race that went out pretty slow and closed very fast,” said Coach Mike Thibodeau of the 800. “[Rylee] was able to really really buckle down and run a fantastic race and come from behind.”

“It was a very good day for him,” said Thibodeau.

Junior Nate Plympton placed 23rd in the highly competitive 100 meters, with a time of 11.85 seconds. For context, the top finisher, Franz Eliasson from Rogers High School, ran a 11.05.

Junior Lola Balkcom placed 7th in the 100 hurdles, with a time of 16.45. “She ran a fantastic race. She nailed her technique,” said Thibodeau. “It was really nice to see.”

EG doesn’t have a deep bench for field events but in addition to Mega’s long jump, there was senior Damon Brouillard, who tied for 9th place in the high jump with 5’6”.  Sophomore Jillian Tracey came in 15th in the javelin (87’2”), just a few weeks after taking up the event.

Junior Jacob Connelly didn’t do as well as expected in the 3K (9:27.26), having come down with a cold just before the meet. Fortunately, he has one more year with the Avengers. “His gains were huge this year,” said Thibodeau.

He added, “Our kids performed fantastic. They worked very hard under difficult conditions with COVID going on. I’ve got to give it to them.”

Reese Fahys will be competing in Nationals in Eugene, Oregon, in the 2 mile, which takes place Saturday at 4 p.m. (7 p.m. for us here in Rhode Island). Good luck, Reese! 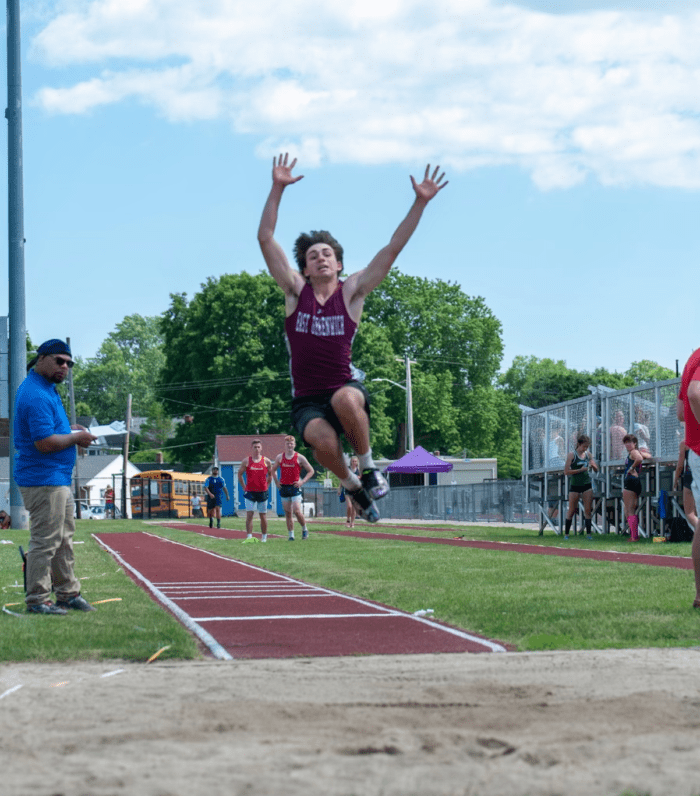 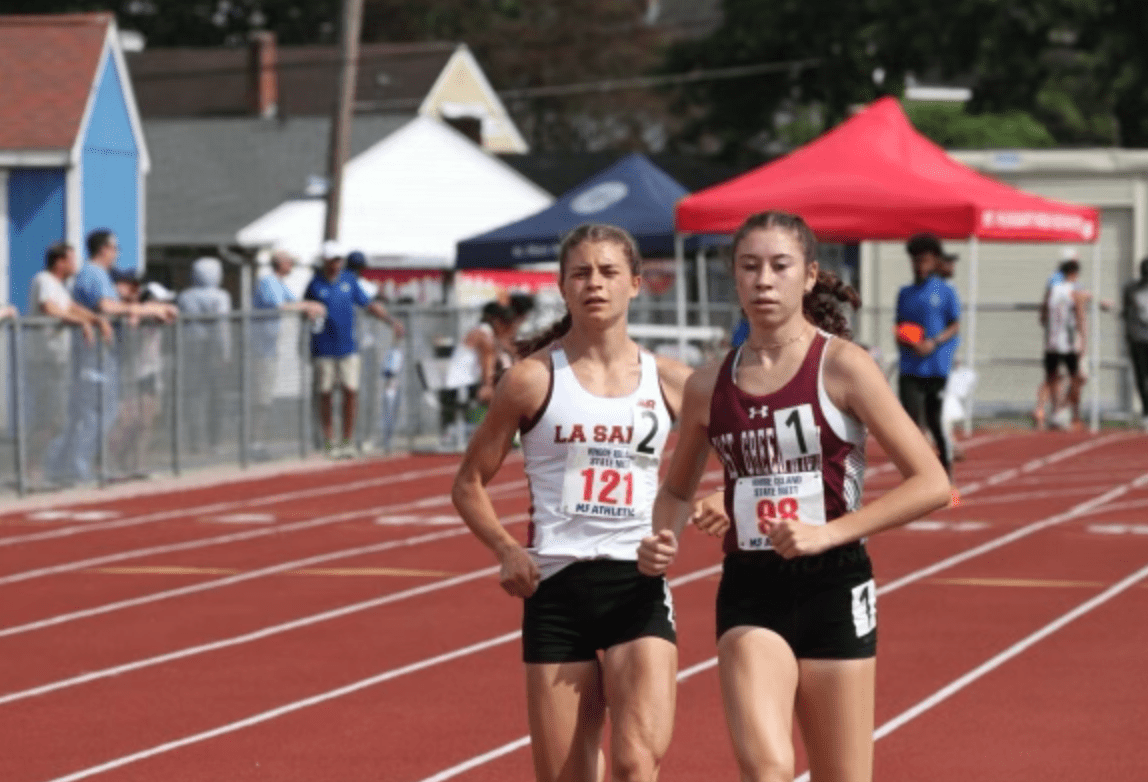 Reese Fahys in the 3K. Photo by oceanstaterunning.com 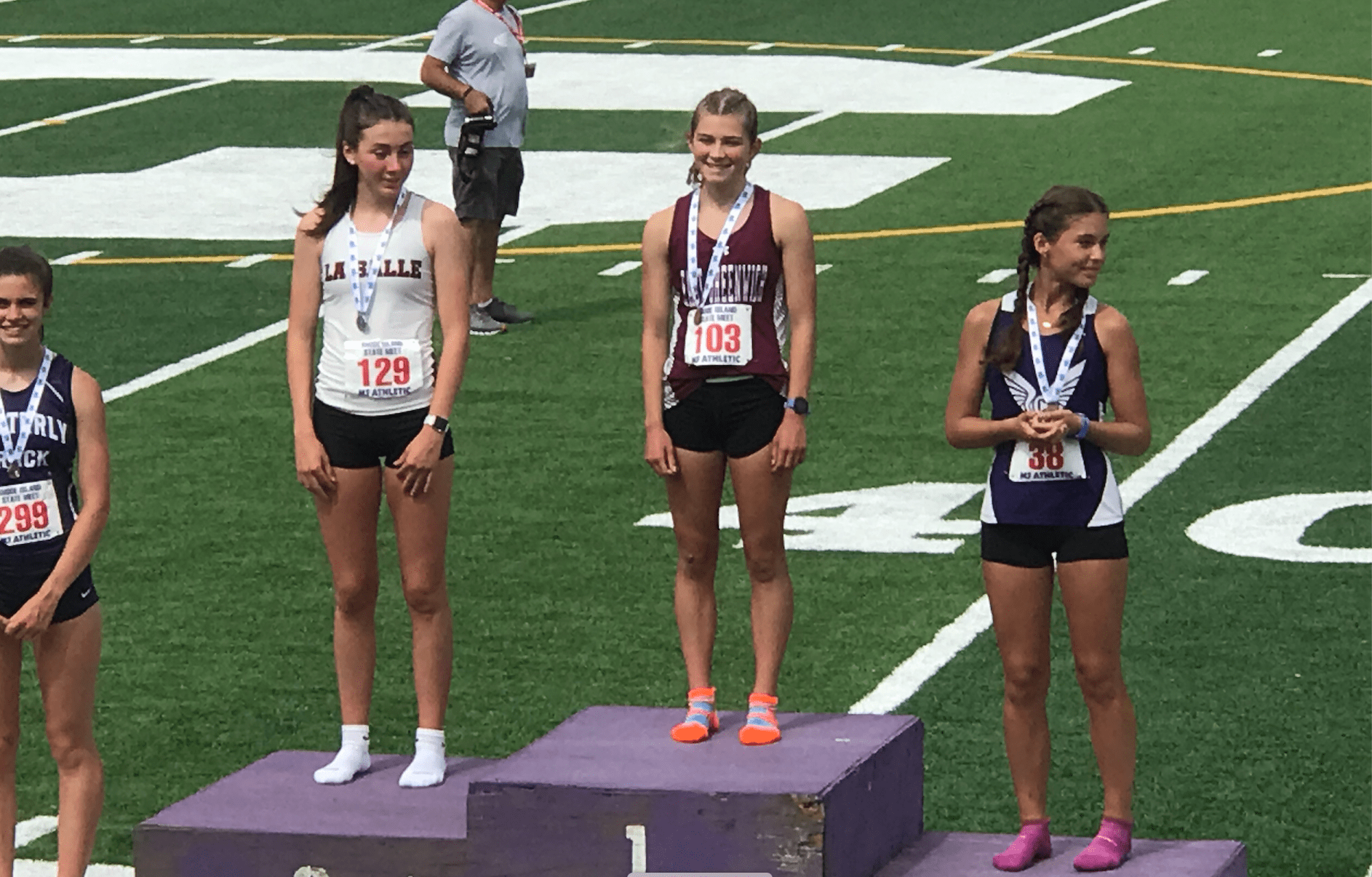 Rylee Shunney at the top of the podium after her first place finish in the 1500. Photo by Allison Shunney Jack Lombardi in the 1500m with teammate Nick Martin behind to his left. Lombardi placed 9th and Martin came in 11th. Photo by oceanstaterunning.com 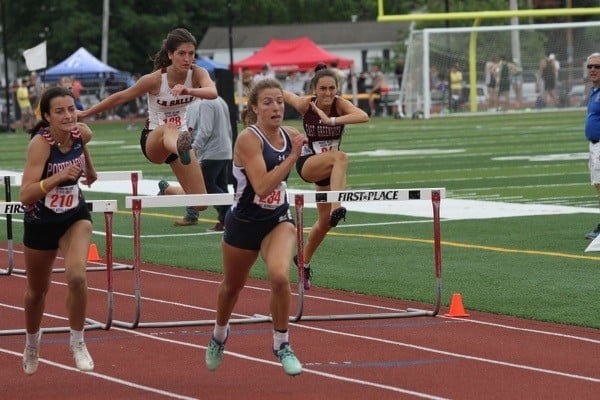 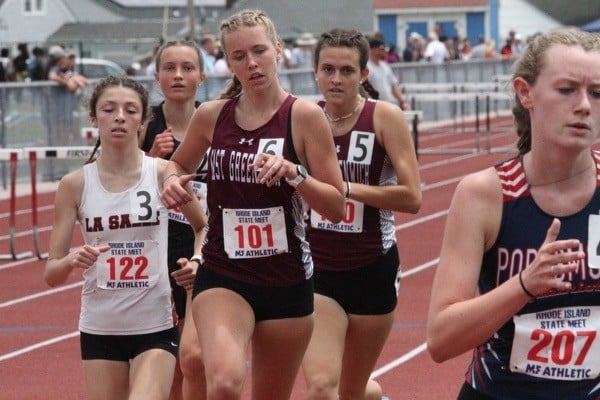 Ava Peters and Jessie Martin in the 1500. Photo by oceanstaterunning.com 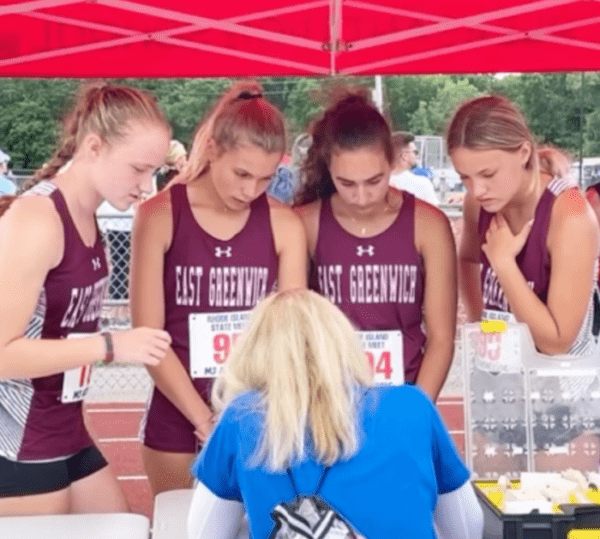 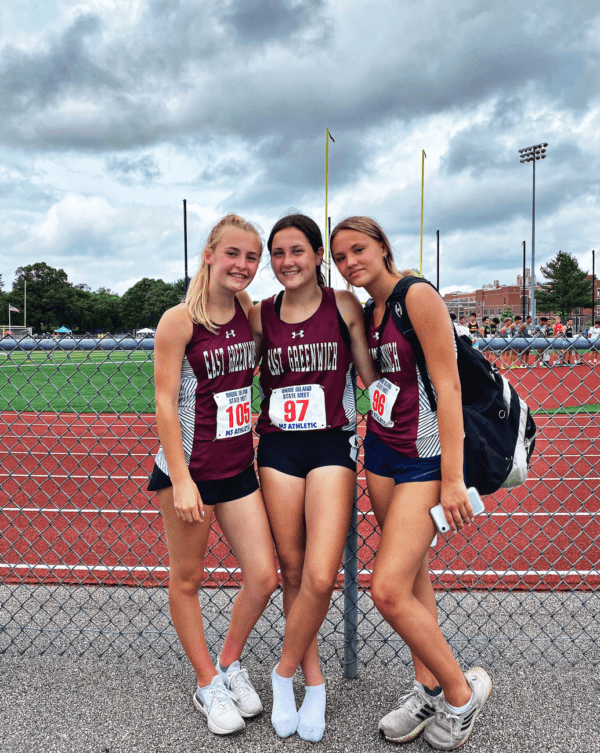 Jillian Tracey throwing the javelin, an event she only picked up a few weeks ago. Photo by oceanstaterunning.com