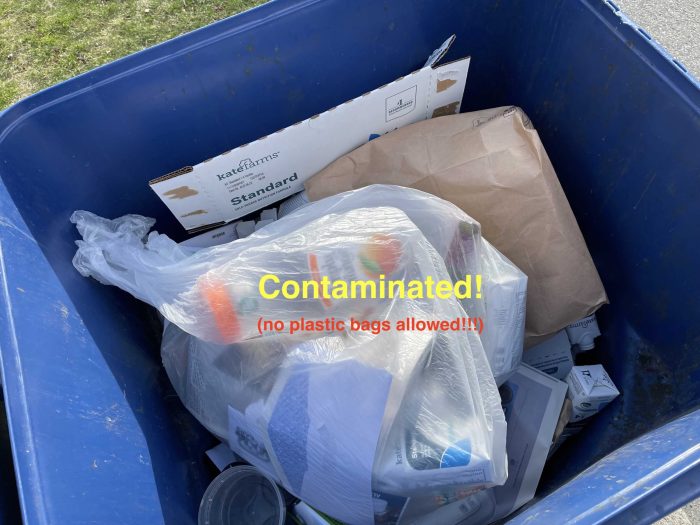 Wrong item in your blue container? Whole bin will be rejected

For many years, the town had done pretty well when it came to recycling, which was good for the town’s budget, since recycled trash is free to dispose of at Rhode Island Resource Recovery Corp. (RIRRC). The rest of the town’s trash goes to the central landfill, which charges $47 a ton.

More recently, however, RIRRC has been rejecting a lot more of our recycling because it’s been deemed “contaminated.” In essence, people are dumping the wrong stuff into those big blue recycle containers.

That means the town’s paying more for trash disposal. If a truck gets to the RIRR and the contents are found to be contaminated, that load then gets dumped at the landfill, for a fee. Asst. Town Engineer Mark Conboy said Monday the town used to have maybe four or five recycle loads rejected a year. Now it’s pretty much every week.

So the Department of Public Works is amping up its messaging, starting with those who have their trash collected on Tuesdays. Turns out, the worst offenders live in the Hill & Harbor neighborhood (gulp, that’s where I live!). It seems a lot of us put our recyclables in plastic bags and then put the bags in the blue container. That’s a no-no. In fact, NO plastic bags or plastic wrapping is allowed. (FYI, you can dispose of – clean – plastic at many supermarkets, including Dave’s.) Check out the graphics here for other does and don’ts.

Starting this week, town employees will be getting up before dawn and checking recycling containers at the curb. Those containing the wrong items (see the graphic) will get an orange card with boxes checked for those categories of items that do not belong. That orange tag is meant to tell the recycling truck to skip that container. Which means you would have to wait another two weeks for a pick up. 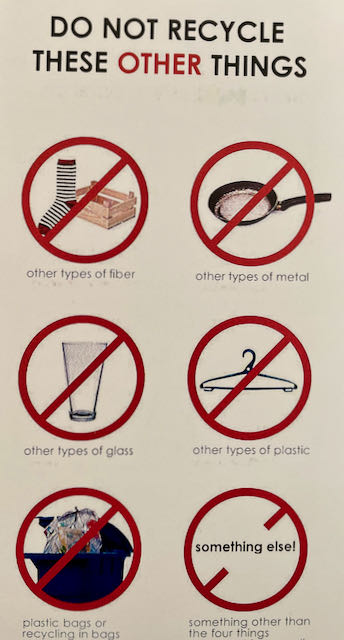 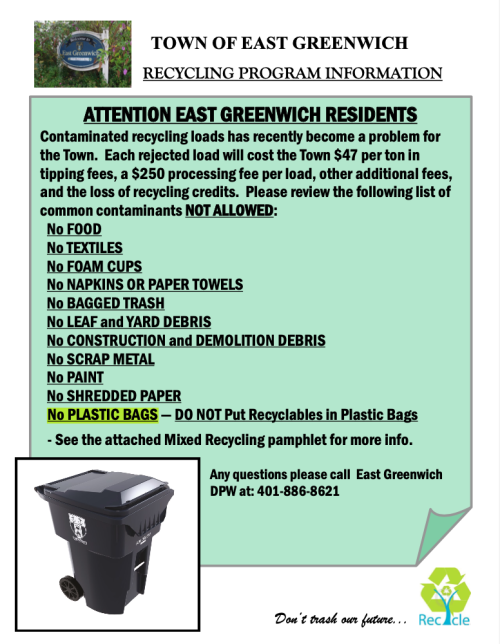