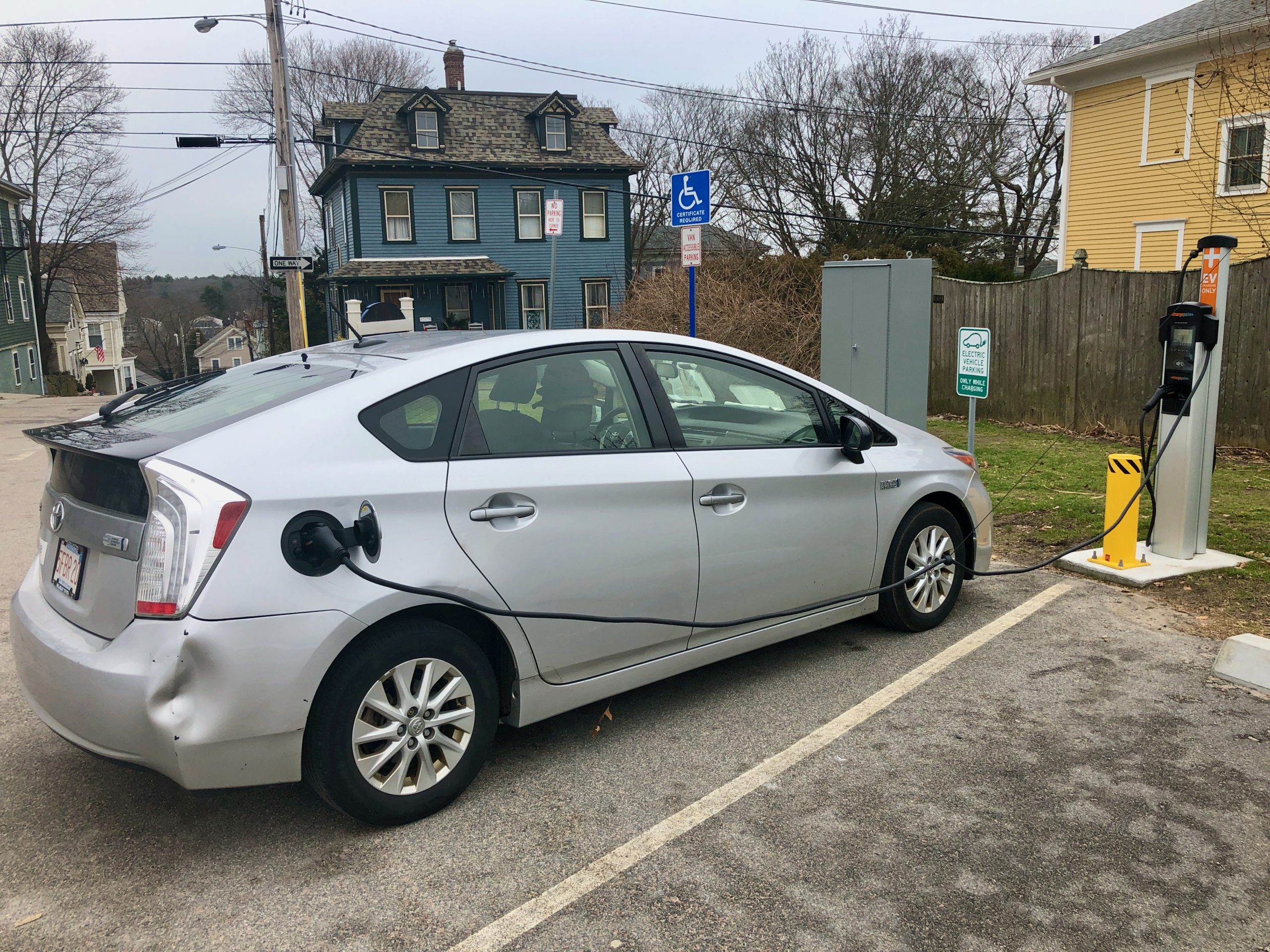 Above: A car getting charged at one of the town’s new electric charging stations in the municipal lot off Peirce Street. 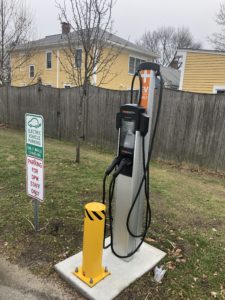 In preparation of having its first electric vehicle (a Toyota Prius), the town recently installed three charging stations in the municipal parking lot next to 111 Peirce St. The 7kW stations, opened in November, are open to the public and, for now, free.

Each station can accommodate two cars.

According to the Department of Public Works, they are monitoring usage and discouraging car owners from leaving their car at a station for longer than the length of a charging session. An average car takes about 8 hours to fully charge at a 7kW station, but users could be topping off for as little as 30 minutes. While they are free to use now, that could change, town officials say.

The stations take six public parking places away from the municipal lot.