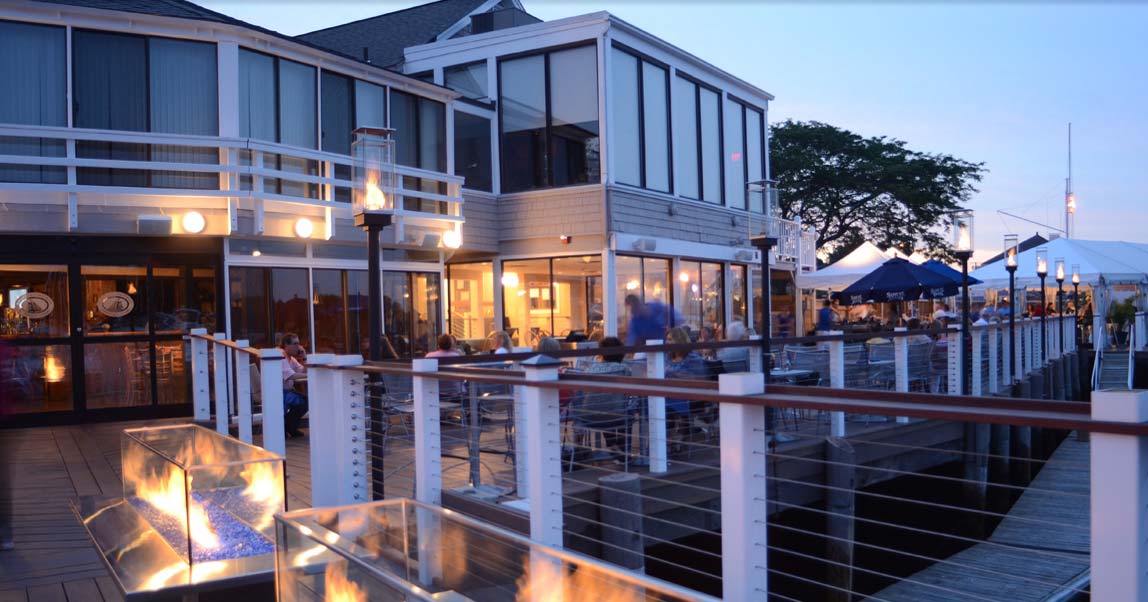 Above: BLU on the Water.

In the space of just a few days, the Town of East Greenwich incurred two separate legal setbacks, one regarding BLU on the Water’s lawsuit against the town’s stricter noise ordinance approved in 2019, and the other in the town’s state Superior Court appeal of a “minor source” air pollution permit DEM granted a proposed recycle facility to be sited just over the town line in West Warwick.

BLU on the Water filed suit against the town in federal court in February after the town lowered decibel levels for establishments on the waterfront in response to impassioned pleas from nearby residents. The town was responding to the increased use by music groups in recent years of pounding bass frequencies. Complaining residents said their summer evenings were ruined by the pulsing bass coming from the outdoor music from, in particular, BLU on the Water and Finn’s Harborside. Both establishments, along with Nautika and the EG Fireman’s Hall, feature outdoor live amplified music from late May through September.

The lawsuit argues the revised ordinance treats BLU differently then other similarly zoned establishments in other parts of town and that the changes would “deprive BLU of all beneficial use of its property, thereby constituting a taking.”

The town filed a motion to dismiss the lawsuit, arguing that BLU was still able to operate as a restaurant, bar and marina and so it was not deprived of the use of the property and also that the new sound ordinance was not too “vague” (as BLU put forth).

Federal District Court Judge Mary McElroy sided with BLU on the first point but did grant the town’s motion to dismiss the second claim. That means BLU’s lawsuit against the town will continue, minus the “vagueness” count.

Meanwhile, in state Superior Court, Judge Sarah Taft-Carter denied the town’s appeal of a permit granted to MedRecycIer for any air pollution it might emit. New England Tech had joined the town on that appeal.

The proposed medical recycler at 1600 Division Road sits in West Warwick but is only accessible through East Greenwich.

MedRecycIer is planning to open a facility to recycle medical waste at a building at 1600 Division Road, across the street and a bit west of the New England Tech campus. The company needs approvals from both the Town of West Warwick and the Dept. of Environmental Management before it can begin operating. MedRecycIer sought – and DEM granted – a minor source permit for anything it releases into the air. Minor source permits do not include public hearings so East Greenwich was not allowed to weigh in. The company will also need a major source permit for the solid waste it generates and, as an abutter, EG will be included in that process.

The town had argued that MedRecycIer has not demonstrated that even in a worst-case scenario it would not emit pollution – something required to obtain a minor source permit – because there’s no way for the company to know that since the method it plans to use is untested for medical waste.

“There aren’t any facilities around that recycle medical waste,” Teitz said. “The other [facilities] they cited didn’t deal with medical waste or didn’t use pylorosis.”

Pyrolysis uses high heat in an oxygen-free environment to melt substances. MedRecycleRI owner Nicolas Campanella says the method is safe; some environmentalists say it is incineration by another name. The examples Campanella has pointed to as comparable facilities are in South Africa and England; they do not recycle medical waste.

The town also appealed to DEM on the minor source permit; the agency has yet to rule.