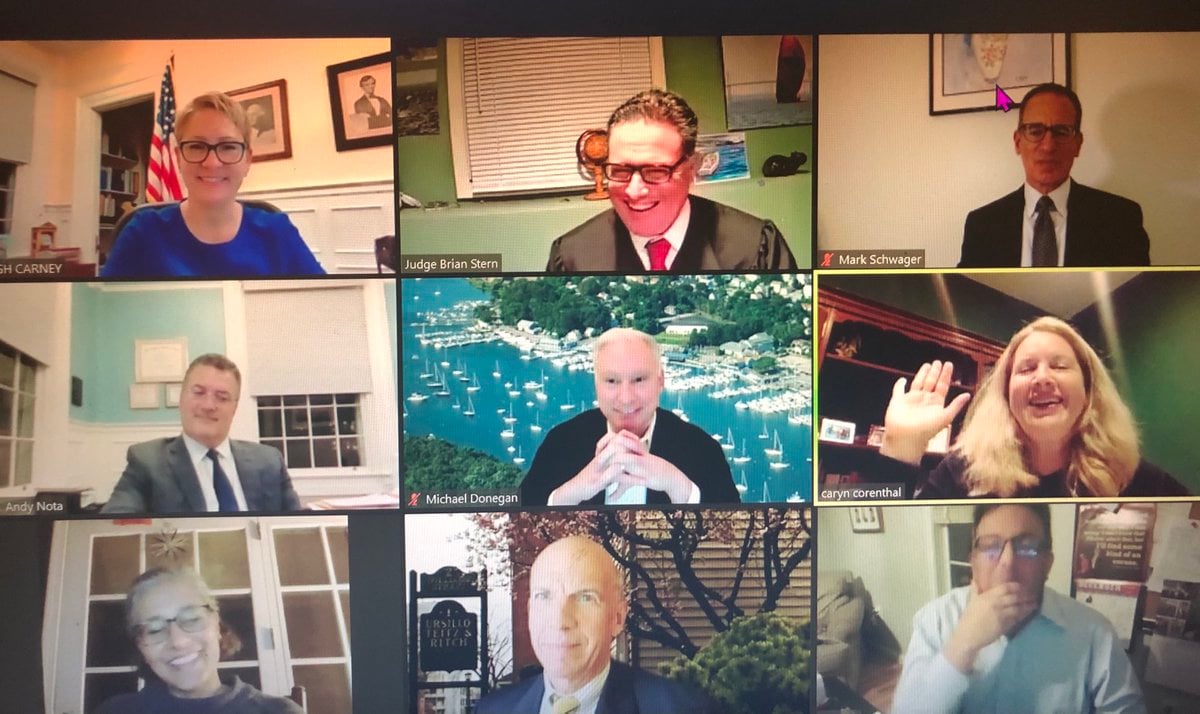 The five East Greenwich Town Council members were sworn in for a second term Thursday night (12/10) in the town’s first-ever virtual inauguration. Mike Donegan, Renu Englehart, Caryn Corenthal and Mike Zarrella were sworn in for their second terms and Mark Schwager was sworn in for his sixth (nonconsecutive) term. R.I. Superior Court Judge Brian Stern.

The five Democrats ran unopposed for reelection – something not seen in East Greenwich in decades if ever. This is the only the second all-Democratic Town Council as well. Councilor Corenthal nominated Mark Schwager to serve two more years as president, seconded by Councilor Donegan. President Schwager nominated Donegan to serve another two years as vice president, seconded by Councilor Englehart. Both votes were unanimous.

Fr. Bernard Healey provided the blessings at the beginning and end of the ceremony, which was coordinated by Town Clerk Leigh Carney and included brief remarks from Town Manager Andy Nota and newly reelected President Schwager. Schwager spoke of the community’s resilience in the face of the COVID-19 pandemic.

“We say goodbye to the old 2018 Town Council and we welcome the new 2020 Town Council,” he said, joking that the two panels looked rather similar. He noted on Monday they would be meeting for their 84th time since they were elected in 2018.

Vice President Mike Donegan said the challenges this year are different but no less significant than they face two years ago. He thanked his colleagues – “you all do the work,” he said.

EG Boy Scout Troop 1 led the gathering in the Pledge of Allegiance in what Town Clerk Leigh Carney called “a little bit of IT trickery” since the scouts were all in their individual homes.