In many ways, the Town Council race has become a referendum on Town Manager Gayle Corrigan – four candidates say they would keep her on if elected to a majority; the other six candidates say they would get rid of her. Corrigan was originally brought in by the current Town Council as a consultant with her business associate (and now the town’s finance director) Linda Dykeman in spring 2017. They were hired to review the school department’s finances after it became clear the schools were running a deficit. The council then extended the contract so the pair could review the town’s finances. Less than two weeks later, then Town Manager Tom Coyle had been replaced by Corrigan in a vote that would later be declared null and void because of its lack of public notice. Corrigan then named Dykeman the town finance director.

That was the beginning of what has been a tumultuous past 16 months, including Town Council meetings crowded with dissenting voices; an ever-escalating combative relationship with the firefighters union – often ending up in court; an antagonistic relationship with the School Committee; a six-month search process for a new town manager that resulted in Corrigan’s reappointment; and numerous 4-1 votes, including on that June town manager and the last two budgets. The majority – all Republican – has been led by Town Council President Sue Cienki. The dissenter has been Democrat Mark Schwager, who has been subject to derision from others on the council for his typed out council comments and persistent questioning (for which the audience would often applaud).

To read a more complete account of how we got here and what’s actually happened since June 2017, check out our three-part series “What Is Happening in EG, and Why?” You can find Part 1 here, Part 2 here and Part 3 here.

With that background, here are the candidates: Sue Cienki, the current Town Council president, has been Town Manager Gayle Corrigan’s main champion. She credits Corrigan with cleaning house with regard to EG’s finances. Although the town has seen no presentation of actual savings so far, Cienki has said she is convinced Corrigan will be able to glean substantial savings in upcoming union negotiations. She has consistently backed Corrigan even after several Open Meetings Act violations, negative court rulings, and two ethics complaints. Cienki has been overseen two budgets in which the tax rate stayed largely flat. She speaks frequently about how pension costs are dangerously high. Cienki has said change is hard but that the changes under her watch have been necessary. She served on the School Committee from 2004 to 2008. This would be Cienki’s third term on the Town Council. Mark Schwager is seeking his fourth term on the Town Council – his third consecutive term. He has been the sole voice of opposition the past 18 months, voting against the appointment of Gayle Corrigan as town manager three times, voting against a consolidation with the school department and voting against the past two budgets. In the school consolidation vote, he said the School Committee had not been brought into the process as an equal partner. In the FY 2019 budget vote, Schwager said using $1 million out of surplus to fund the operating budget was wrong. As the most vocal critic of the current council majority, Schwager said he wants to restore “open and effective town government.” Schwager, a doctor who works with elderly patients, has also served as a commissioner on the EG Fire District (before it merged with the town) and the Municipal Land Trust. 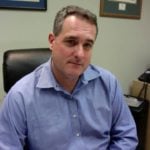 Chad Callanan is new to politics but has jumped in with both feet, proving an active user on Facebook and Twitter. He has come out a staunch advocate of the current Republican majority on the Town Council and has said he would keep Gayle Corrigan as town manager for the time being. Callanan is a retired naval officer and now serves at the managing partner of Callanan Veterinary Group. Political newcomer Corenthal has attended nearly all the Town Council meetings in the past 22 months and got into the race because she wasn’t happy with the direction of the current council. She is a regular during public comment at council meetings, speaking out against what she sees as a lack of transparency and a overly combative approach with the firefighters. She does not support Gayle Corrigan. Corenthal is a reading specialist at the Wheeler School in Providence. This is Mike Donegan’s first run for public office but he’s a familiar face around Town Hall after serving several years on the Planning Board (which he currently chairs). The Planning Board took an active role in developing the town’s 5-year capital campaign this year after Donegan discovered the board was supposed to be the panel overseeing that work. Donegan does not support Gayle Corrigan. An environmental lawyer, Donegan is an advisor to the EGHS Model UN team. Andy Deutsch is running for his second term on the Town Council. A lifelong EG resident and the youngest person in the race for Town Council, Deutsch has made his willingness to meet with residents to discuss issues a cornerstone of his campaign. He has partnered with Sean O’Leary, an independent candidate. Deutsch voted for Gayle Corrigan to be town manager in June 2017, against Corrigan in November 2017, and for Corrigan in June 2018. He said during the campaign that he supports Corrigan. He works for Cox Communications. Renu Englehart first came to Town Council meetings years ago to complain about the cars speeding past her house on Division Street. She joined the Zoning Board in 2006 and served until earlier this year. She said she was prompted to run for Town Council after becoming frustrated by what she said was secretive leadership by the current majority. Her ethics complaint against Gayle Corrigan earlier this year became the second complaint to be found to have probable cause by the state Ethics Commission. She does not support Corrigan. Englehart is a wildlife rehabilitator among other volunteer endeavors. 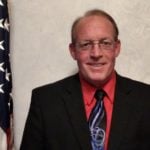 Bill Higgins has been involved in the town for decades, first as a police officer, then as a deputy police chief, and finally as the town’s EMA director. He started documenting events unfolding at Town Hall in the spring of 2017, after the Town Council’s swift passage of the 2018 budget a couple of days after it was presented. Higgins was among the first people to suggest that Gayle Corrigan’s appointment was not done legally. He was ultimately proved right, when Superior Court Judge Susan McGuirl ruled Corrigan’s appointment “null and void.” More recently, the Ethics Commission ruled there was probable cause that Corrigan hired her business associate (Linda Dykeman) improperly, a complaint brought by Higgins. He works part-time for Hill Funeral Home. 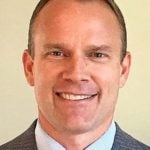 Sean O’Leary burst on the scene as an unaffiliated candidate in June, unknown to many but eager he said to solve the town’s divisiveness. He has based his campaign primarily on being civil. O’Leary has partnered with Andy Deutsch this campaign and has campaigned with the Republicans. Explaining his position, O’Leary said he’s conservative on economic issues, more liberal on social issues. He backs Gayle Corrigan. O’Leary, chair of town’s Tax Assessment Board of Review, is a lawyer in private practice. Mike Zarrella is making a second run for Town Council but, unlike two years ago, he has become a vocal critic of town government. Like some other candidates, he has been a regular at Town Council meetings and has occasionally spoken out during public comment. In particular, Zarrella, a trial lawyer, has railed against the town’s outside legal fees, which reached $325,000 for September 2017 through July 2018, arguing that the fees will only increase if different action is not taken. In his spare time, Zarrella has coached a number of youth soccer, basketball and Little League teams.

You can read why each candidate decided to run in their own words here and watch them in action during our candidates forum here.

Above: Greenwich Bay from Chepiwanoxet on the very cold morning of Feb. 4, 2023. Photo courtesy of...