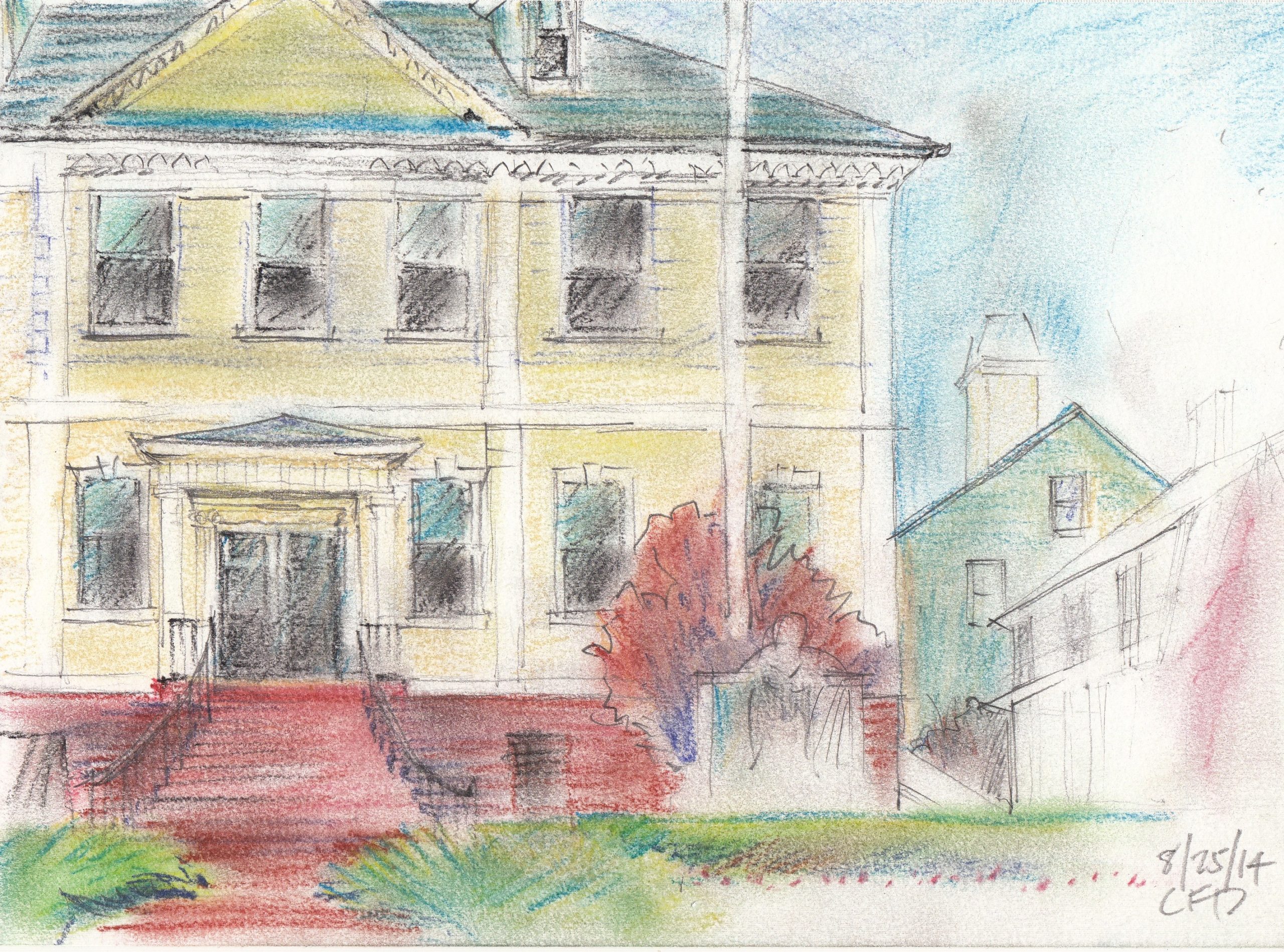 Recycling is ON (after a week of houseguests, thank goodness!); yard waste pickup is OFF (yard waste is being picked up every other week through September). For the full 2014 pickup schedule, click here.

EG Farmers Market: This is the best time to visit the EG Farmers Market – tomatoes! apples! baked goods! ready to eat Pat’s Pastured burgers & sausages! seafood! corn! dahlias! and more! Today there’s a blood drive at the market, too. From 3 to 6 p.m. at Academy Field. Read more about the market here.

Town Council meeting: On the agenda is a proposal to restore $100,000 in senior citizen tax abatements lost when the former EG Fire District merged with the Town of East Greenwich. Town Hall at 7 p.m.

Lunch on the Hill: If you could use a free meal and some companionship, Lunch on the Hill is for you! Offered in the dining room at St. Luke’s Church, the lunch is supplied by local restaurants and served by volunteers. If you want to learn more, contact Steve Bartlett (885-5889) or Steve McLoughlin (885-3104).

Hanaford Elementary open house: The first of the EG public school open houses. Meadowbrook Farms is next, in a week – Sept. 18.

Goddard Park Farmers Market: Among the vendors at the Goddard Park market, several farmers, bakers (both for humans and dogs!), crafts, fish and poultry. Fridays through Oct. 31. 375 Ives Road. From 9 a.m. to 1 p.m.

Odeum New Volunteers Breakfast: The Greenwich Odeum is holding a Volunteer Breakfast, an opportunity to find out more about EG’s own nonprofit theater space and perhaps get involved. At the theater, 59 Main St., from 9 to 10 a.m. RSVP at [email protected]

Comedian Joe DeVito @ Odeum: Comic Joe DeVito‘s TV appearances include “The Late Late Show with Craig Ferguson” on CBS, Comedy Central’s “Live at Gotham” and the semi-finals on NBC’s “Last Comic Standing.” He’s the first of four comedians to perform this fall – one each month. In October, The Odeum presents Paul D’Angelo, called “the funniest entertainer you’ve never heard of … yet,” by the Los Angeles Times. In November, it’s Jim Colliton, who has appeared on Ed McMahon’s “Next Big Star,” Comcast’s “Comedy Spotlight,” Comedy Central’s “Laugh Riots” and XM Satellite Radio’s Comedy Channel. And rounding it out in December is Ken Rogerson from this season’s “Last Comic Standing,” “Late Night with Conan O’Brien” and “The Late Show with David Letterman.” Tickets are $15 or buy all four for $40. Tickets can be purchased online at www.TheOdeum.org or call (401) 885-4000, or  at Main Street Music, 4 King St., East Greenwich, from noon to 6 p.m. Mon-Fri.