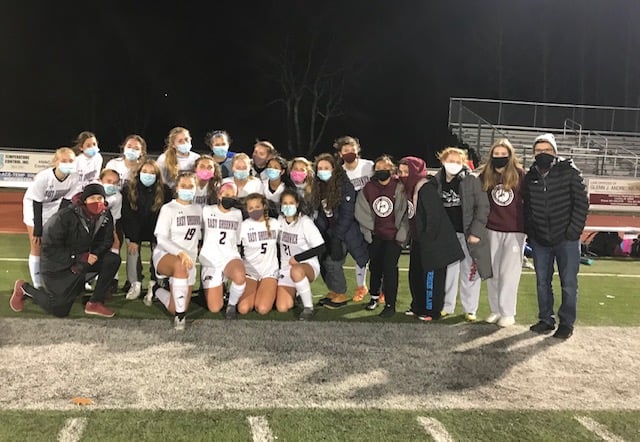 Above: The EG Girls Soccer team after its win over North Smithfield Thursday night. 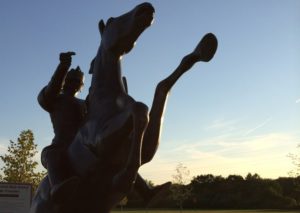 You can read about the Field Hockey game HERE and the Boys Soccer game HERE.

The Girls Soccer team went up against North Smithfield and came away with a 1-0 win on a goal from Sydney Mendes with an assist by Abby Lewis. Seniors Tori Duke and Maya Barnes provided strong defense and goalie Rosa Caliri had six saves. They go into the state championship with a 6-1 record in division play, 8-3-1 overall.