EGHS Students Step Up to Work at Polls 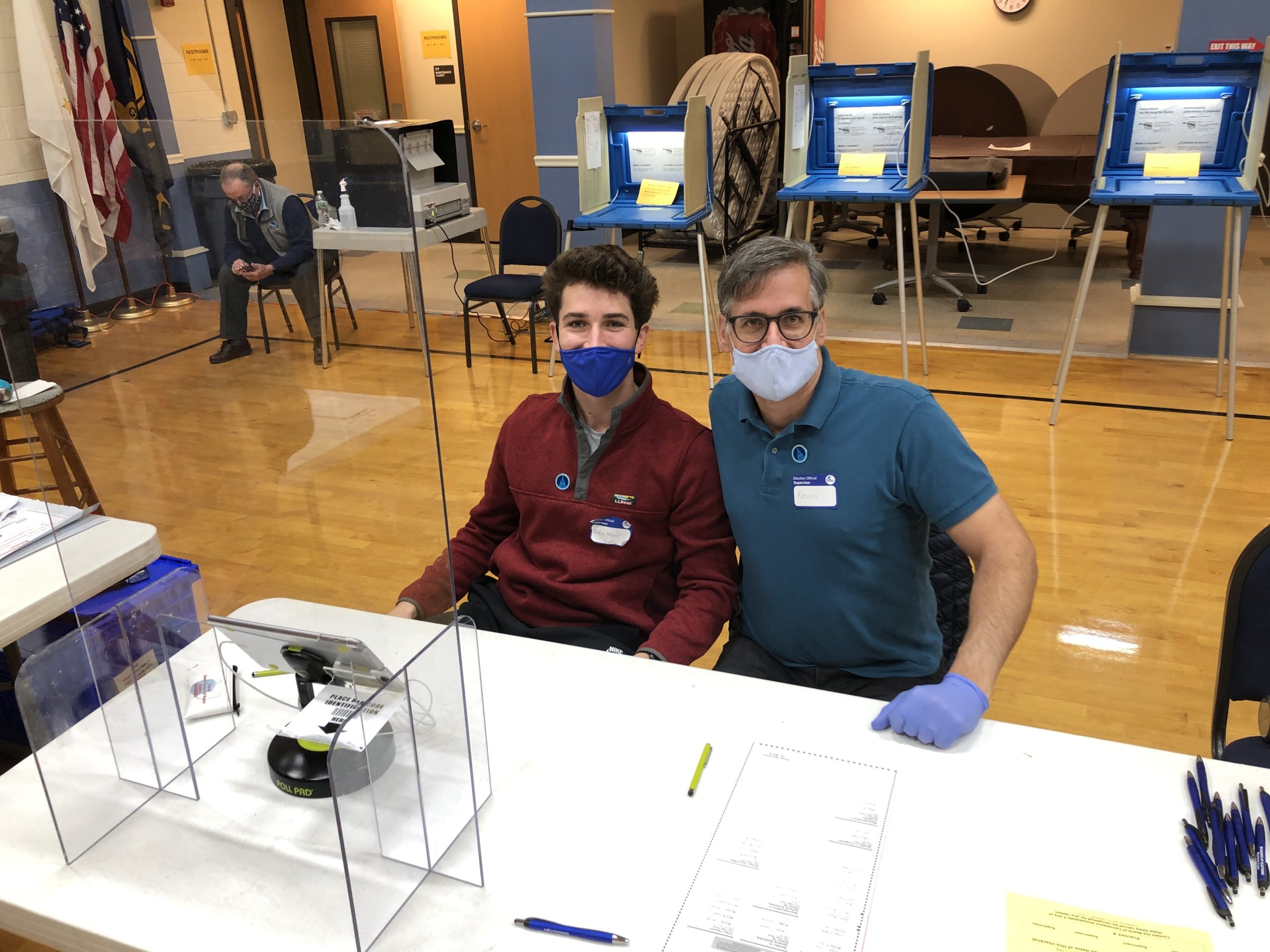 Above: First-time poll workers Luke Muoio and his dad, Kevin, at Swift Community Center Tuesday. Luke Muoio is a senior at EGHS.

When it became clear last spring that older people were more susceptible to COVID-19, there was an immediate worry across the country about poll workers during this big election year. Many poll workers end up volunteering after they have retired. Would they be willing to put themselves at risk?

In East Greenwich, several regular volunteers were still up for it, but Town Canvasser Elaine Vespia put out the call for volunteers and she got more than 30 new poll workers for this year’s election. Among them, three East Greenwich High School students.

Two of the students, Luke Muoio and Connor Thurman, volunteered because they had a parent who was volunteering and it seemed like a good way to spend Election Day.

For Emmy Nutting, it was out of frustration at not being able to vote this year herself – she turns 18 in January. In fact, none of the the three students is old enough to vote (Muoio turns 18 even sooner, in December).

“This election and the results matter a lot to me. So, I figured if I can’t vote, I may as well help other people to vote. I want to do what I can to aid in the process,” Nutting said. “I figured working at the polls was a way to be directly involved in the election.”

Vespia said she was very grateful for all those who signed up to work this year, along with all the regulars. “We have it very lucky this year,” she said. “A lot of people stepped up.”

Below, Nutting talks about the people coming to register and vote for the first time.