The Ospreys Have Landed … at Eldredge 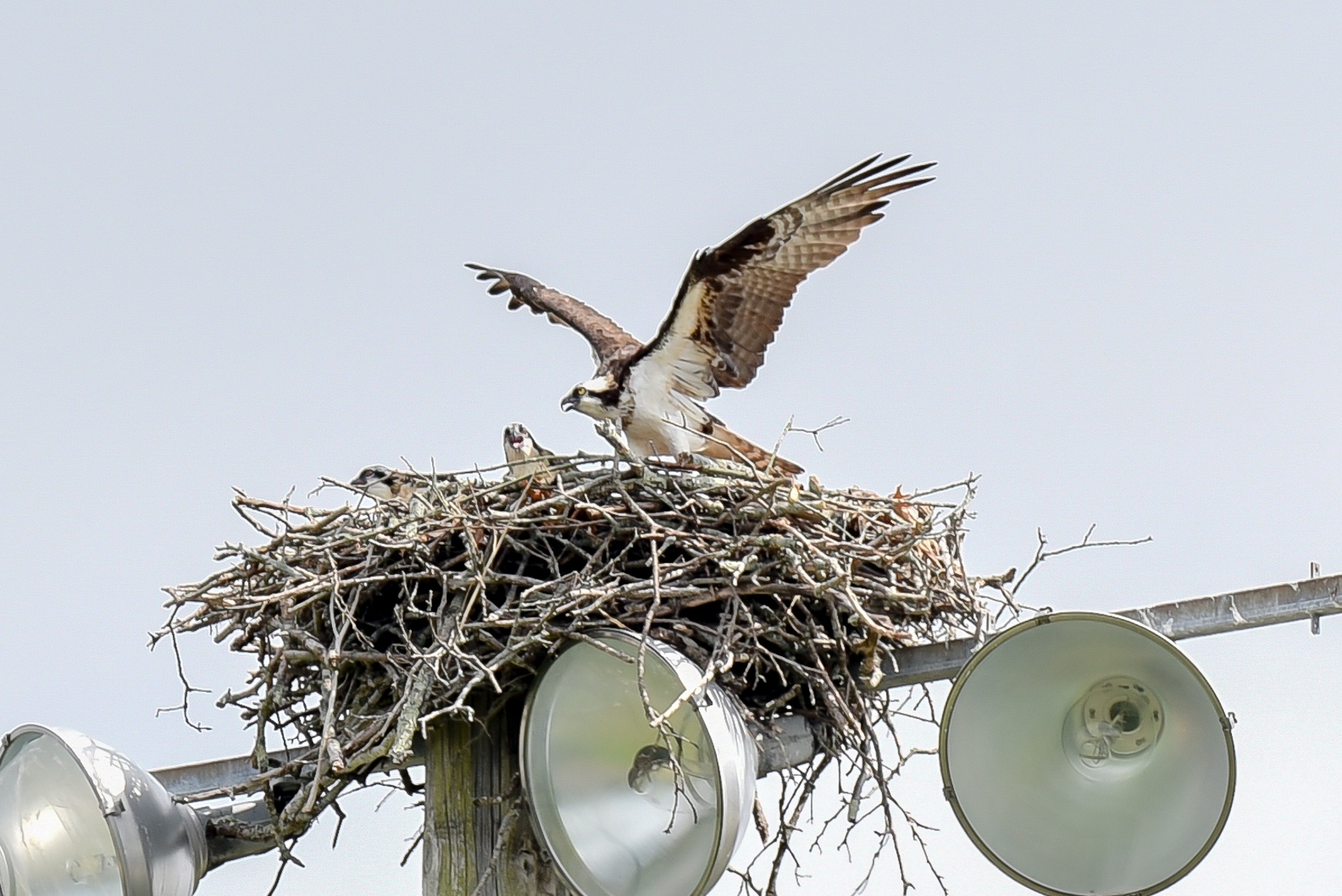 The dad osprey guards the nest.

A nest perched on the top of a light fixture over Eldredge Field has been a focus of interest for the past couple of months. Some thought the birds might be peregrine falcons. Some (ok, maybe us) wanted them to be eagles, as in the “Eldredge Eagle,” the school mascot. But according to the Dept. of Environmental Management’s wildlife division, it turns out to be a family of osprey up there – a dad, a mom, and two little ones.

The location makes sense. Ospreys are known as the “fish hawk” because their diet consists primarily of fish. And osprey are not an uncommon sight down on Greenwich Cove. There used to be what DEM calls a “substantial population” of osprey in Rhode Island but use of the DDT and similar pesticides decimated them. In 1967, there were only two osprey nests in the state. Since the early 1970s, DEM has worked to restore osprey habitat and create nesting areas. The Audubon Society of Rhode Island now monitors the roughly 150 osprey nests throughout the state, including the one at Eldredge Field.

Stay up to date – sign up for our newsletter: https://eastgreenwichnews.com/join-our-mailing-list/.