The Initiation of Willie Brown 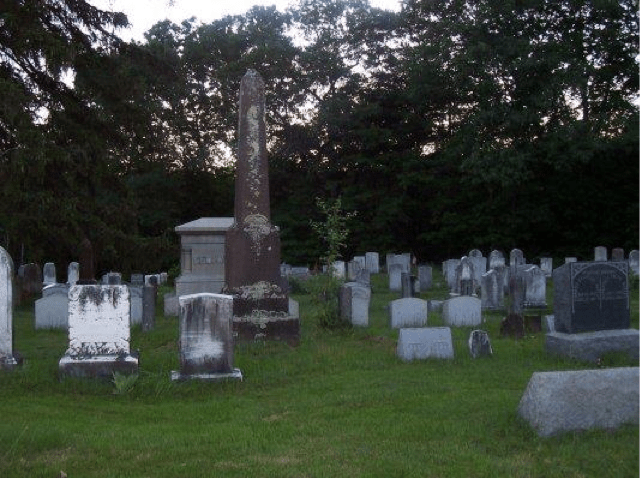 The different months and seasons always stood out to me by the colors I associated with them.

Winter was white. Christmas was red, green and blue. Spring was green and blue. Summer was bright yellow and light blue. But fall with its hues of orange, maroon and gold has always been one of my favorites. I was born in September as fall starts to mark its claim on the land.

And then there is October. An orange-and-black month, which conjures up images of wizards and warlocks and witches.

Though my kids don’t believe me, “trick or treat” lasted a week back then in “old East Greenwich.” We used to go all over town, up to Love Lane, over to Potowomut, and, even down to North Kingstown, when we got our “wheeled chargers” – old Pontiacs and Buicks.

If you didn’t get at least a couple of those brown shopping bags full of candy you were considered a failure as a trick-treater.

Of course, we also threw in some pumpkin stealing raids and other sorts of mischief. That’s what it was, mischief, not malice. For instance, I can not remember ever soaping someone’s windows or even smashing a pumpkin. It was just a month of good fun and good times, which is how we spent our growing up years here in East Greenwich, smallest town in the smallest state in God’s chosen country on the best planet here in the solar system. However, for this story, I once again retreat to EG’s doppelganger, Greenwood Cove, in order to protect the not-so-innocent. We were never guilty.

In those days we used to congregate at “The Barn,” a teen recreation center built with the blessing of a Catholic priest and his band of holy men, as a place for we miscreants to gather and keep us off the streets, and out of trouble.

When we weren’t playing Hearts or basketball or watching TV, we’d have great talks, or dream up schemes. In some cases, the crazier, the better. Maybe it was Blue Dog, or Buddha Boy, or Banger or V-Volt, who came up with the idea. I really don’t remember now. Just that it was mentioned that Willie Brown wanted to join our “gang.”

Now, we weren’t a real gang, like they have today. Just a bunch of guys, who hung together, wore the same type of jackets, and called ourselves “The Crusaders.”

We didn’t have any formal application to join, or any ceremonies or such. But, when Willie asked to join our group , the guys got to talking; and talking led to scheming, and scheming led to the idea for: The Initiation of Willie Brown.

The ceremony was to take place at night. In the graveyard. October is a scary month anyway. Nights are particularly black. The leaves have fallen from the trees making them look like giant skeletons or other haunts, with arms and wooden bony fingers waving to the wind on dark, moonlit nights. It was even scarier when the clouds blocked the light, and the night was as black as a witch’s cloak.

It was such a night that Banger and V-Volt, supposedly two of Willie’s friends, decided to hold his “initiation.” The group met at The Barn, then started the roughly half-mile march up to the Greenwood Cove cemetery, on the south end of town. The group came to a halt just outside the cemetery and Banger and V-Volt reached under their jackets and produced a couple of boxes of candles to pass out to those in attendance.

It was easy to see that Willie was becoming a little apprehensive, but also, intrigued, about his immediate future, as the group proceeded to enter the cemetery.

They trooped among the headstones and grave markers to a particular burial vault located in the east end of the plotted ground, the proverbial “dead end” we all come to.

They stopped in front of this large, above-ground tomb, and thrust Willie, who seemed a little reluctant, to the fore. Then they began the ceremony for The Initiation of Willie Brown.

Invoking the dead, the angels and archangels, the devils and all the gods who ever roamed the earth, Banger put on a performance that would have made Mr. Ragano, the high school’s drama teacher, proud. He uttered incantations that were part Satanic, part Latin Mass, and a whole lot of gibberish.

All of a sudden there was an ear-splitting roar, and two ghostly figures rose up from behind the tomb, screaming ungodly screams and calling for the soul of Willie Brown. Willie let out an ungodly scream himself as his eyes turned big as saucers in fright, and he threw his arms back and clear of the grip of Banger and V-Volt. As he backed away his foot caught on one of the small, heel-high markers and he fell backward to the ground. He had no sooner hit the turf than he spun up and away running like someone who had seen a ghost. He motored out of the graveyard in record time and split down First Avenue looking like the demons from hell were on his heels. If only the track coach were there….

Other people had backed off, or started to run too, except for those in on the prank. They were laughing in fits of hysteria.

You see, Blue Dog and Mustang had made it to the graveyard 15 minutes before the others had come, to prepare for the ruse. They were dressed and painted in hideous fashion, and they were the “ghosts” who mysteriously appeared above the tomb to scare the living bejeesus out of Willie Brown.

Unfortunately, The Crusaders did not get a lot of time to enjoy their joke. Lights went on in the few houses that were just across the street from the graveyard. Cries of “Vandals in the cemetery!” and “Call the cops!” started to echo through the dark, October night.

For some reason the local police and their four units must have all been in the area as flashing red lights and sirens pierced the cool night air. If you know small town local cops, they live for excitement like this, to erase the monotony and boredom of their lives and, in most cases, their jobs.

The Crusaders et al then did what they had always done best when there were signs of trouble. They beat foot it out of there! They scooted in a hundred different directions so as to confuse the blue pursuit.

Blue Dog and Mustang did not know where the rest of the crew disappeared to. But they, having more than a passing knowledge of the these situations, and the area and its best hiding spots, dodged the notice of a couple of the boys in blue and their seeing eye cars, and headed north away from the cemetery.

The two artful dodgers slipped into the parking lot of Denny’s Auto Store and headed for the junk pile that resided under the big, wooden ramp, which came down from the second floor.

Burying themselves under cardboard boxes and paper and other assorted junk, they had just submerged when a spotlight hit the area. A patrol car had pulled into Denny’s lot and a searchlight beam was picking and probing the dark spots looking for fugitives.

Luckily, the light passed over the spot where the two Crusaders lie buried, deep into throwaway parts, paper and cardboard.

As the police car slowly exited the lot, Blue Dog and Mustang surfaced and exhaled.

“We’ve got to be careful though,” answered Mustang. “They are all over the place.”

Though their homes were not more than a mile away at most, it took both boys most of the night to get to their abodes, slipping, sliding and hiding as the night seemed alive with prowling cars and searching lights.

Blue Dog finally bid his adieu and got away to his home on the southwest side of town while Mustang closed in on his home territory on the north side and finally broke into an all-out sprint to reach the safety of his home base.

Ironically, he had to go right through the Police Station parking lot, and through a secret barn door to enter his backyard.

Also lucky for him, was the fact that his bedroom was on the second floor, thus allowing him to avoid waking his mother. It could be entered by climbing on a fence and then onto a smaller roof that gave access to his bedroom window, which was always left unlocked for just such instances as this.

He did exactly that, slid inside, got undressed and plopped into bed, scared and winded from the close call of this night’s adventure.

Soon he was in the land of the dead himself.

The next day the gang met at The Barn to recall the previous night’s adventure and hoot and holler about the whole episode while, of course, embellishing their roles in the action and telling of their narrow escape from Greenwood Cove’s finest. These are the things boys, and men are wont to do. Guys are great about expanding and embellishing their roles in just about anything. The Crusaders were men in training and they knew how to embellish.

Years later, Banger and V-Volt have more, or less, vanished from the scene. Blue Dog lives down South somewhere and Mustang is imprisoned in a mental cage out West, where the leaves don’t change, and October is just another month, like the other eleven. There is no fall crispness in the air, and now you get jailed for the same harmless stunts he and The Crusaders used to engage in.

Still, October comes every year, and October can conjure up those orange and black memories of another time. Another place. Maybe a better time and place than a retirement community, where every day is like every other day.

So there you have it! The Initiation of Willie Brown. Hope you liked it. There is more where that came from. Greenwood Cove, like old East Greenwich, teemed with characters, and nicknames and stories. In particular, stories. I hope to be back with some more. And soon.

Til then, stay well. Be good. Be better. And … always try to Live In The Spirit.