The Challenge of Vandalism 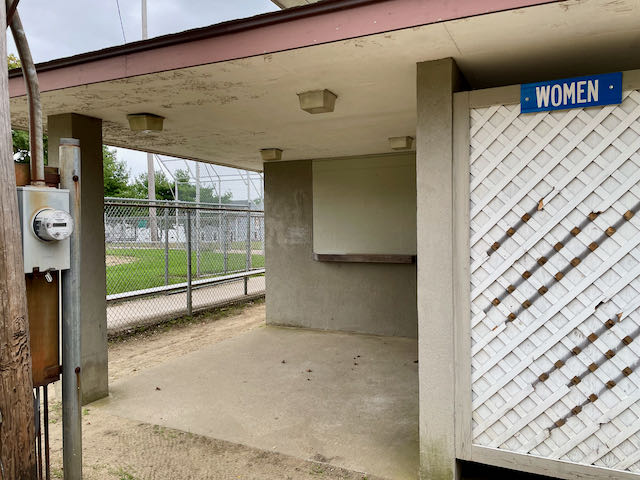 The town looks to stem destructive acts at the Cliff St. basketball courts & nearby concession stand

It’s become a regular feature in the EGPD police log: broken glass on the Cliff Street basketball courts and broken windows at the concession stand at the nearby Eldredge Field.

Community Services Director Andy Wade said the destructive behavior started at the Cliff Street courts. After neighbors started complaining and police started paying closer attention, the action seemed to move over to the concession stand, which is not used for anything right now.

“The individuals were just looking for a place to hang out but in order to gain access they’ve had to break windows,” said Wade. Once, it appeared they even took time to go find bandages after cutting a hand on the broken window. In addition to visible blood residue, there were bandage wrappers in the building.

“We’ve replaced several windows,” he said. “At least for the winter, all the breakable spaces will be covered with plywood.”

Wade said the key to dealing with such behavior is to keep the lines of communication with youth open and to be persistent. While no one has been caught in the act, Wade and the police believe the culprits are youths. That’s why he’s enlisted Bob Houghtaling, the town’s youth liaison and drug counselor, who runs the Teen Center.

“The more you allow things to fall into disrepair, the more you’re inviting that continued behavior,” Wade said.

He added, “The police have been great. They are asking their second shift details to make additional stops to monitor the park. I think it’s important for the public to be aware because we can’t be everywhere at once.”

Wade said he was asking the public to report unusual behavior at the park.