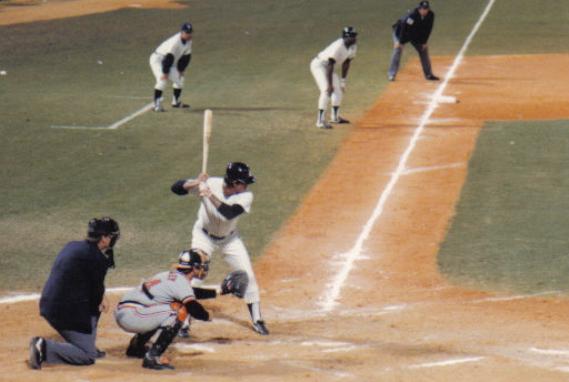 As you, my readers, have probably figured out, I have lived a full life, full of travel and adventure. A lot of it I sought out. In some cases, it came to me.

I try to take people as I meet them. If they act with respect, I treat them with respect. If they act like jerks, I treat them that way. That was my number one rule with my students/players. I always addressed them as “Mr.” or “Miss,” and I always said, “Please,” when I asked them to do something. BUT I only asked three times. After that it was, “Katy, bar the door!”

I am friends with, know, have contact with people of all persuasions, races, colors and creeds from all over the world. The U.S., Scotland, Finland, England et al. It makes for an interesting, varied life filled with different perspectives from all over.

In my travels I met a lot of interesting, and in some cases, famous or important people. The story I am going to relate today is about meeting one such person before he became famous. Though prominent in one area, he was insecure, overly cautious and suspicious of those outside his immediate territory. 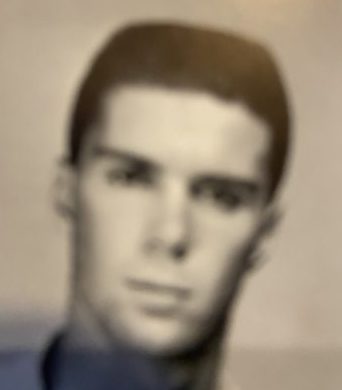 As in many other aspects of my life, at times duties were thrust on me that I never asked for starting back in earlier days when I was asked to care for a boy with polio, to baby-sit the children of faculty members, to care for a mentally challenged individual and to take in or tutor kids who were going through rough spots in their life. In the moment I never questioned it, but now, looking back, I ask myself what did they see in me that made them pick me for those duties?

So here goes a story of one of those times, out of the clear blue, when I was tapped to help someone on the path of life, and came to realize that no matter how you see an event; the other person might see it in an entirely different light.

His roommate came in and told him they wanted to see him at the Student Services Office.

“Don’t know, they just told me to tell you.”

He made the trek from his boarding house over to SSO. When he got there he was ushered into the director’s office.

“Sit down,” the director said, “We asked you here for a very specific task. Though you are new here (college sophomore), we looked at your file and your references and think you would be ideal for this assignment. “

“We have a new freshman student, an athlete, from Ybor City. He graduated from Tampa Jesuit but doesn’t quite have a grasp of the basics. He is getting frustrated and word is he wants to drop out. He’s going to play basketball and baseball here and he is top-notch in both. We want to retain him. We feel, with the right encouragement, he will stay and prosper and that’s where you come in.”

“If you agree, you will meet with him once a week. Check on his progress and encourage him at every turn. If you see where you can help him with his studies please do so. You will act as a counselor for him and tutor.”

He himself was in turmoil in his own college career, yet was asked to be a mentor to a boy just a year younger.

He had ended up at UT after a year at his home state college. He had had a good freshman year in football, but, when he got injured and had to have an operation he never heard from any of the coaches, and only one player had come by the hospital to see him. That coupled with the fact the SC was really challenging him academically, caused him to think of transferring. UT had dangled the possibility of a scholarship so he took a chance. Maybe if State College had someone to do what he was going to do now for the UT athlete, he would still be there. As he used to say, “Such is life. Such is war. C’est la vie. C’est la guerre.”

The next day he was introduced to his charge at the SSO. His name was Lou. He was an Hispanic kid about 6 foot 1, and about 185 pounds. High cheekbones. Black hair. Seemed sensitive and hesitant.

After introduction, the director led them to a side room to talk and get to know one another.

Thus started the year-long effort in the acclimation of Lou. Weekly meetings were held and as time went on Lou became friendlier, more confident, more assured.

He went to watch Lou’s basketball games and he WAS good! The same for baseball.

All in all it was a very profitable experience. He was successful in getting Lou acclimated and Lou began to thrive at UT academically, athletically and socially.

Of course, having all the tools that help you succeed in college and being a sports hero, he was a chick magnet. 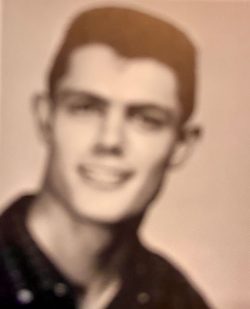 He only tutored Lou that one year. UT announced they were dropping football, and a conversation with the new coach at State College had him going back up north.

And time went by as it always does. More than a few years had passed and one day he picked up the newspaper and saw that the American League Rookie of the Year had been announced!

IT WAS LOU! Right there staring out at him from the pages of the Providence Journal!

Lou had a great year. He was a 26-year-old rookie, but a rookie nonetheless.

It didn’t end there. Lou was with the Kansas City Royals at the time of his winning the award, but he was then traded to the parent club. The always powerful,constantly winning and, to me, much hated, New York Yankees!

Lou had a lot of success there. When he was traded to Cincinnati he enjoyed more success. He appeared in the World Series on more than one occasion and in quite a few All Star games.

Later on after his playing days were over he managed the Yankees and the Reds and,

I believe, went to the World Series with each of them.

Epilogue: If you haven’t figured it out by now. Lou was Lou Piniella, Major League Baseball star with the Kansas City Royals, New York Yankees and Cincinnati Reds.

He won many awards as a player and as a manager. I often think about what might have happened had we not met. Would he have stayed at UT? Would he have graduated? Would he have retreated back to Ybor City? I will never know. Of course, in retrospect he did not see it the same way I did. As a pro he seemed more self-absorbed and, I guess, didn’t have time for the little people he met along the way. Again, such is life.

Of course, I have my own take on him as a person. I will keep it to myself. I am happy he made it. I played my small part in his success. I am happy with that.

P.S. As I look through an old address book I have from those days (1960s) I come across his name – Lou Piniella **** Cordelia Street  Tampa 7, FL. Remember, I keep almost everything. LOL