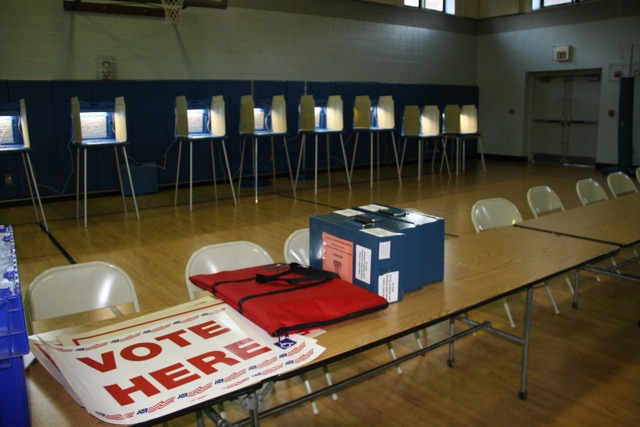 On Tuesday, November 8, I spent the evening watching both the Twitter feed of East Greenwich News (@egreenwichnews) as well as keeping an eye on WPRI. It was my first election in East Greenwich, and I was unsure what to expect. At 8:42 PM that evening, this tweet caught my attention:

Our democracy is founded on the principle of voting, and while the United States votes more than most of our peer countries, it is a right that is fundamental to who we are. Other countries don’t allow their citizens to vote or have what would charitably be considered sham elections, complete with strong-arming, intimidation, and crooked election officials. Even given all this, according to the Pew Research Center, the United States ranks 31 when compared to developed world peers for voting-age population turnout.

I learned at a young age how important voting was. I remember going to my elementary school with my parents, watching the curtain close behind us, and being fascinated with the buttons. With the pull of the handle, we were done, and the curtain automatically opened. From my awe and wonder of the machines themselves, I also remember distinctly registering for my mail-in ballot so that I could vote while a first-year student at Holy Cross in the Presidential election in 1992.

More often than not, I hear something to the effect of: “My vote won’t matter.” Or, “I can’t impact the election.” Or, “No one will know the difference if I’ve voted.”

While serving as the Superintendent of Schools in St. Johnsbury, Vt., we had a special election for a bond project in the fall of 2019. The School Board (they are called boards in Vermont) proposed reconfiguring the front hallway and connecting an environmentally friendly heating, ventilating, and air conditioning system. The measure passed by nine votes. If five people had voted differently, the bond would not have passed.

In the case of East Greenwich, the final margin was more than two votes. But at 8:42 p.m., on Tuesday, Nov. 8, the election for School Committee was that close. Every voice is important.

Thank you to every resident of East Greenwich who voted last week.