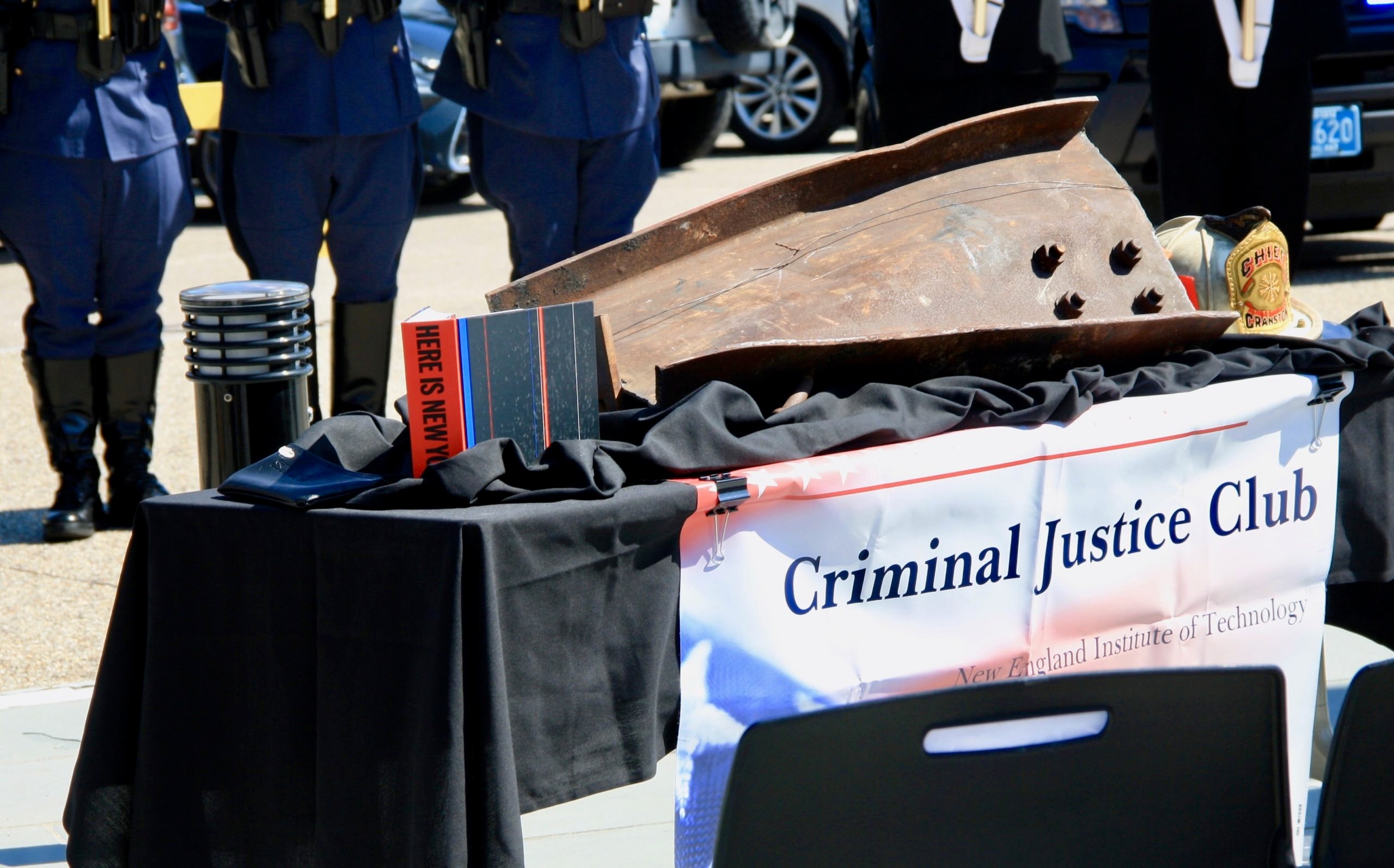 Above: A piece of a steel girder from the World Trade Center towers in New York City that collapsed after being hit by planes on Sept. 11, 2001.

It’s been 18 years since that crystal clear September day when four planes were taken over by hijackers who flew two of the planes into the World Trade Center, one into the Pentagon, and one into a field in Pennsylvania, the worst attack on the United States since Pearl Harbor in 1941. On that day, 2,996 people died, including 343 firefighters and 60 police officers in New York.

The Criminal Justice Club at New England Tech held a remembrance of all those who died on Monday and honor guards from several communities, including East Greenwich police and fire, were on hand to mark the solemn event.

The CJ Club had a part a steel girder from the wreckage of the World Trade Center on display. The girder will remain on display at New England Tech for the next several days.

Guest speaker Johnston Fire Dept. Lt. Matthew Maurachian recalled the week he spent providing support to the men and women working on “the pile” that was once the 110-floor twin towers in lower Manhattan, as part of the Rhode Island Disaster Medical Assistance Team (DMAT).

(Find a longer clip of his speech here.)

A “memory table” set up by the criminal justice students at New England Tech in honor of the 18th anniversary of the 9/11 attacks.

Honor guard members from the EGPD and EGFD at the close of the 9/11 remembrance ceremony.